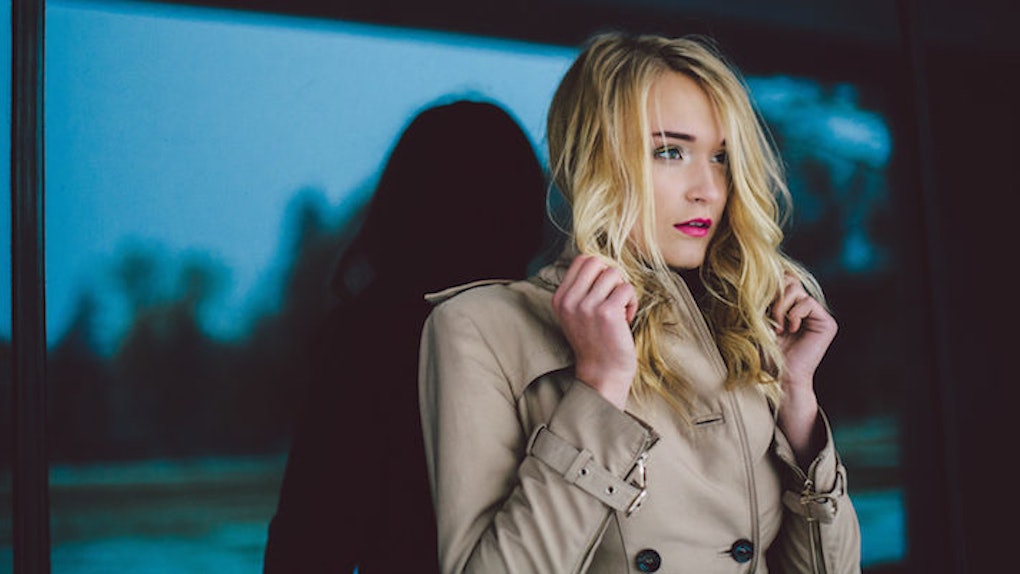 Why Is She Single? Just Because She's Hot Doesn’t Mean She Wants A Man

There’s a common belief that the presence of a man in a woman’s life elevates her to a certain status. What that status is, however, I’m not so sure.

But for some reason, when a woman doesn’t have a man in her life, she feels the tug of that second place rung. A rejection from a club she never asked to be part of.

How can you feel like you’re missing something you never wanted to begin with?

It’s probably all of the “why don’t you have a boyfriend?” questions single women hear on a daily basis.

Is there anything more demeaning? The problem with this question is it makes women feel like it’s their fault for not having or wanting another person.

The problem with making a woman feel unworthy for not having a man is the discrediting of all the things she does have.

Because contrary to popular belief, there are a lot of women out there content with their single status and even more women who will not just settle for the first guy to show interest. Some women, believe it or not, don’t want a man.

Yes, the idea of a boyfriend is always nice, and when the right guy comes along, she may change her mind.

But if you’ve ever entered the dating pool even once, you should know that there’s not much out there that makes a confident, sexy woman jump.

She’s not looking for a distraction; she’s too focused on herself

She has sh*t to do, and no one, especially no man, is going to get in her way.

She stays at work late and gets there early. She spends her free time building her empire and making connections. She’s wrapped up in building the life she wants for herself, not trying to enter someone else’s.

She wants adventure, not another man to spend the night with

Rather than waste all her free time with her eyes glued on loafers and oxfords, she spends it looking for her next great moment. She’s not wasting dinners out scanning the room; she’s present and engaged.

She doesn’t look forward to going out for the chance to meet a guy but to expanding her horizons and enjoying the freedom that one can only find in single life.

Confident women without men are usually the ones in the midst of building a secure relationship with the person they care about most. They spend their time pampering themselves, eating with themselves and going at it alone.

They can go to parties without a plus one and not have a nervous breakdown. In fact, they enjoy their solitude too much to ever let anyone ruin it.

She's not looking to be his world; she's looking for her own world

Rather than wait around for a man to invite her into his world, she creates her own. She doesn't need dinner invitations, plane tickets or groups of fake friends.

She's building the kind of life that suits her, the kind that may take a while to become how she always dreamed it to be, but at least it will be hers.

She knows it's always better to be the owner of your own space than a guest in someone else's.

She’s waiting for that one great love, not jumping for another average man.

She’ll never go on a bad second date, and she’ll never ignore the warning signs. She’s not looking for company or distraction.

She doesn’t need a date for a wedding or a boyfriend to prove something to herself. She’s looking for true love and the one relationship that will finally equal the one she has with herself.

She's looking to keep her friendships, not cut them

Relationships don't just come with vacations, but timeshares. Any woman knows that you're never as close to your friend when you can only see her half the time.