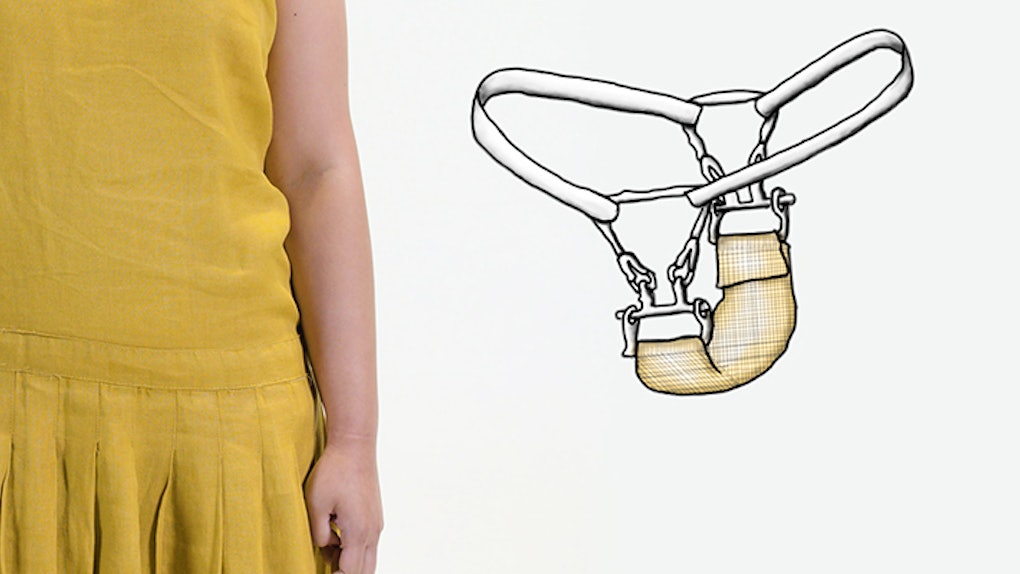 What Having Your Period Was Like Over The Past 100 Years

What I remember most about the first year I started my period was the shame.

I was teased by other girls for wearing pads instead of tampons, and, once I switched over to tampons, I was teased by my male classmates for carrying them in my backpack.

Instead of celebrating the fact that I could now potentially grow, house and bring a new human into the world (not that I wanted to), I felt the overwhelming need to hide it.

I became a pro at sneaking my tampon out of my bag and into my pocket without being seen. In the locker room, I would change in a stall to avoid the ridicule for still wearing a pad.

Even though I had two supportive older sisters and a very open, overly empathetic mother, it took me until my mid-20s to finally become comfortable talking about it with others.

I know many women who have experienced the same intense period shame that I did growing up. Even though more than half of the US's population is female, the topic of menstruation is still often seen as taboo.

Last fall, Thinx, an underwear company that produces period-proof panties, caused quite a public stir when its ads, which depicted women in underwear next to metaphorical images like a cracked egg and a grapefruit, were placed in the New York City subways.

The ads complied with the MTA's guidelines, but the company that manages the MTA's advertising was still outraged by the pictures, especially the use of the word “period” within the ads.

Historically, advertising for (let alone talking about) periods has been looked down upon. Because of that, there is a severe lack of information and documentation about what products women used for their periods in the past.

But the information that is out there about the methods and evolving attitudes toward menstruation, specifically in the US, is quite interesting.

Contrary to what many may think, the first commercially available tampon came out in the 1930s. Most women refused to use a tampon, however, because they believed it could devirginize them or cause immoral pleasure.

Today, many women around the globe still lack access to modern menstrual products. And, in the US, most states have a luxury tax on feminine hygiene products, while products like Rogaine and Viagra are not taxed.

For women who are in financial need, sanitary products are not covered by food stamps.

In an attempt to help banish the taboo surrounding periods and to shed light on how American women have dealt with their periods in the past, we've collected the different methods that were used in each decade, as well as the common cultural attitudes held toward menstruation.

Watch the video above to get a little more insight into the history of periods.