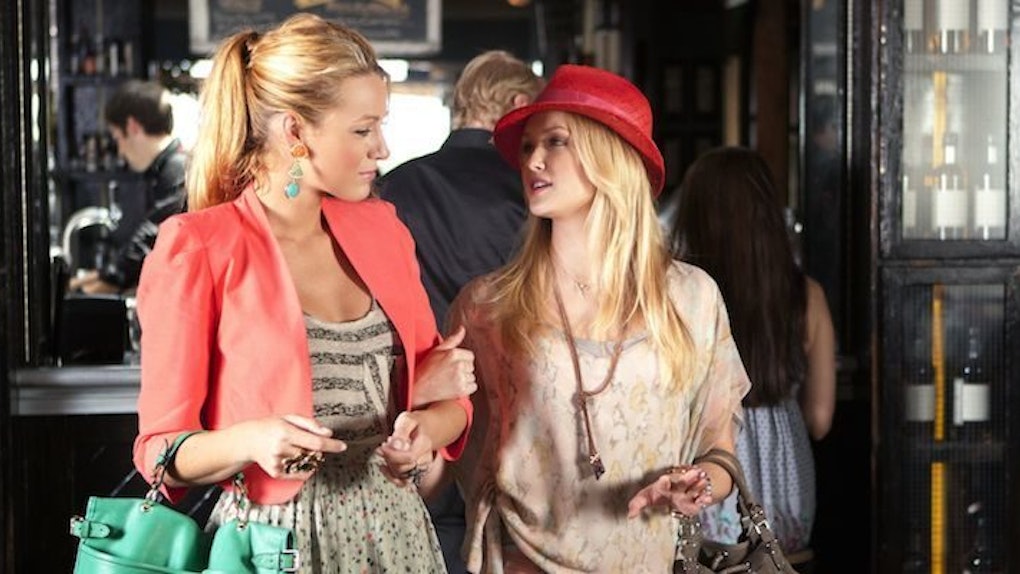 When you think of "Gossip Girl," you don't think of feminism. I totally get that, but hear me out. "Gossip Girl" portrayed feminist ideals in so many ways we don't appreciate.

Here are seven ways "Gossip Girl" taught me how to be a stronger woman:

1. Blair didn't need a prince to be a princess.

Now, we were all extremely excited when we found out Queen B would become a princess. That was, until we found out Louie was actually manipulative and didn't trust Blair. Blair realized just how toxic he was and left him (for Chuck).

2. Serena was a free spirit.

Serena was a free spirit. She slept with everyone (and even some people's boyfriends). Morally, I can see how that's wrong, but she wasn't afraid to express her sexuality. Society spends so much time trying to shame women for being sexual beings. Serena didn't hide the fact she loved sex. She was slut-shamed a lot for it, but her confidence never wavered.

She was Serena van der Woodsen, and she didn't give a damn. Serena inspired me to not allow others to put me down. There wasn't a day that went by when people didn't speak terribly about Serena, but it didn't bother her. She always held her head up high, despite all the backlash.

3. These gals ruled the Upper East Side.

"Gossip Girl" was a female world. The male characters were simply supporting actors, while the females were the leading roles. Blair and Serena were the two darlings who ruled the Upper East Side. It was all about girl power.

Although Blair and Serena were sometimes frenemies, they joined together when it mattered the most. I loved seeing girl power at work, especially at Constance. I wanted to have a girl squad like that so badly.

4. Georgina was conniving, but strong.

I don't think I'm the first to admit this, but I hated Georgina. Her presence scared me every episode as she terrorized all the characters' lives. Although she was very unlikable, she was a strong woman.

She schemed and was never fearful of anyone. She did end up ruining many lives, but she was confident while doing it. I admire her resilience and the fact she never backed down. In a way, her scheming inspired me.

5. Vanessa was anti-establishment and did her own thing.

Most "Gossip Girl" fans hate Vanessa, and I am no different. Her constant meddling got on my nerves every episode, but she meant well. Aside from that, Vanessa was a very stubborn character who did things her way.

She was never intimidated and never hesitated to go after what she wanted. She was the only one who stood up to Blair. Vanessa taught me that going against the grain was worth it. She prided herself on her passion for the arts, and she always did her own thing.

6. Jenny went goth and rocked it.

For the most part, Jenny was your typical teen trying to fit in. She wanted to be popular so badly. One day, she came to her senses and realized being popular sucks, so she decided to go goth. It was the best transition I've ever seen in my life.

I was kind of scared as first; I won't lie. Her excessive eyeliner seemed a bit much, but it grew on me. She did what she wanted, and she ultimately chased her dream of becoming a fashion designer, which I admired. Jenny is one of the reasons I decided to become who I want to be, and not who others want me to be.

7. Blair ran her own company.

In the last season, it seemed like everyone quit school. But during this time, Blair became head of Waldorf Designs and staged a fabulous fashion show. Blair has always been one of my inspirations because she embodied class and ambition.

I think it was a great ending for a great character, since Blair was so misunderstood. Many concluded she was heartless, but Blair had a heart of gold and wanted to see her friends win. She taught me to value myself, even when others didn't.