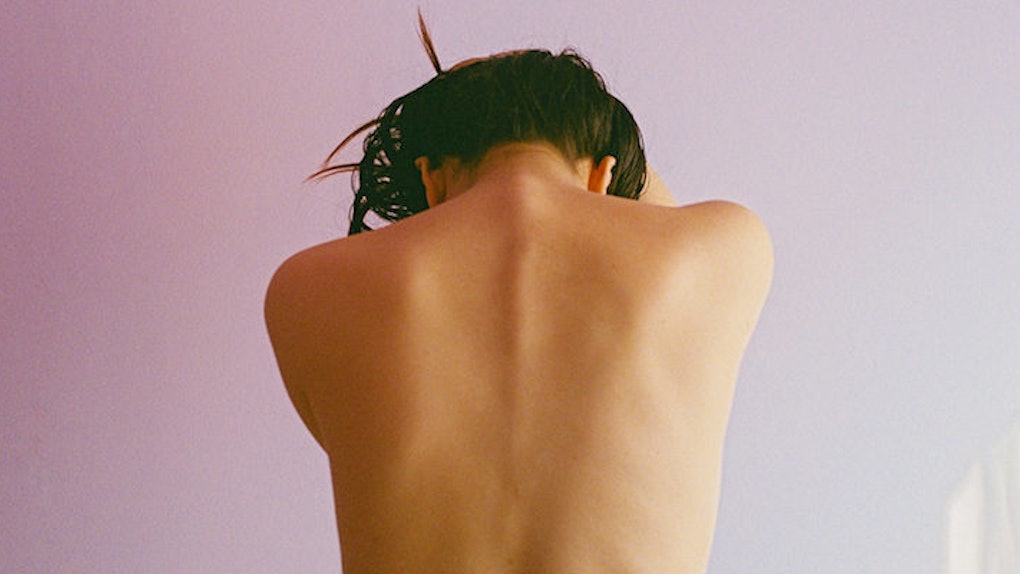 Oh, the wonderful world of orgasms. Is there anything more exciting or terrifying than your first orgasm?

I have always been a sexual creature. I’ve been getting myself off since the age of six. I know I am not alone in this, despite what the patriarchy would LIKE you to believe.

Women are sexual beings, and once we figure out how to trigger our lady buttons -- in the immortal words of Luther Vandross -- “there ain’t no stopping us nooooow!”

Now, I’m not sure if old Luther was referring to the female orgasm, but I digress.

We all have the “first time” story. And I’m not talking loss-of-virginity stories, because F*CK that. I’m talking about the first, marvelous, magical time we stepped into the realm of sexuality and experienced the big O.

Whether it was on our own (likely, because come on) or with a partner, we all recall our first orgasm with nostalgic fondness.

Here are ten real women’s stories about the very first time they had an orgasm:

I figured out what masturbation was when I was around 13, but I never knew there was a difference between getting off on your own and getting off when someone is going down on you the right way. It wasn't until my senior year of high school -- when I was dating a guy who was a few years older -- that I received oral sex for the first time. And it was LIFE-CHANGING. It took four years until I dated a guy who did it voluntarily and totally rocked at it. I'm talking getting off with the best orgasm Every. Damn. Time.

2. Forget the advice and get down.

I was, like, 14. I decided to research how to make myself orgasm. I was a virgin at the time and figured I was probably never going to have sex anyway, so to Google I went. All the “advice” was so bad: make sure to shave your legs before, light some candles, prop a mirror up so you can see what you’re doing, get some fancy lingerie. Fourteen-year-old me didn’t have money, candles weren’t allowed in my house, and propping a mirror on my bed seemed… dangerous. But I did shave my legs, so that’s important. It took maybe half an hour to get there, and another three years to discover the beauty of multiple orgasms. F*ck research — all I needed was a good vibrator.

3. Once you start, there ain’t no stopping.

I think it was around age 11 or 12 that I discovered the magic of a handheld back massager. I learned that if I pressed it against my vagina, I could experience some serious warmth that built itself up into a massively hot release that I later learned was called an orgasm. I'd say the feeling of the actual orgasm came before I knew it was called an orgasm. From that point forward, I secretly masturbated a hell of a lot -- in fact, when I was 15, my clitoris suddenly doubled in size, and I freaked out because I thought I did something wrong by masturbating too much.

The first time, I spent the day in front of my dial-up modem and went to town on myself until I collapsed in a mess of sweat, limbs and victory. More interestingly, my first non-manual orgasm was with hot-man-hunk Italian (he had a red Vespa, so you know it was legit); I made him go down on me for forever because I thought the night was too beautiful not to finish. AND I DID AND NOW I NEVER DON'T.

5. Well, the first time really can be the charm.

6. It’s not your bladder that is about to explode, girl.

I did not realize was that I had been VERY close to orgasm a lot of times. I just had mistaken that feeling for having to pee. I had this revelation my sophomore year of college. This guy I had been hooking up with for a while was going down on me when -- as per usual -- I pushed his head away and told him, 'I have to go pee NOW.' I sat on his toilet for an awkwardly long time waiting for my ‘pee’ to come out. It obviously never came, so I went back to bed. I was pretty worried about him thinking I pooped, so I decided to clear the air: 'I didn't poop -- my pee just wasn't coming out.' He laughed. 'Did you ever think maybe that's because you don't have to pee and you were just about to orgasm?' No, I did not consider that, you dingus. So we tried again and this time he kept going even when I was convinced I was going to pee all over his face. Turns out he was right.

7. Orgasms for the win though, AMIRIGHT?!!

When I was 21, I met a guy I was first friends with for six months. We then became romantically involved. It's as if he knew all the things to do without me even telling him, just from my personality; he dry-humped me, fingered me, went down on me, and then we banged, all in that order. I climaxed during the finger-banging and again after the actual act of sex. I was scared of the orgasm; my shoulders tensed up to the point where I felt I couldn't handle it, and I tried to push him off of me for a little while, but I wanted it at the same time. The built-up pressure was simultaneously too much and just enough. Once I finally orgasmed, though, I knew at that moment that that was one of the best feelings I'd probably ever experience.

8. Getting to the party late is better than not getting there at all!

Even without orgasming, I enjoyed sex and got turned on, so I kind of just assumed that meant orgasming. Fast forward a year and a half into my sexual exploits. I bring my first boyfriend home with me. We don't want to f*ck in my bed, because it'll make too much noise, so we decide the hardwood floor is better. Romantic. I was on top, legs close together, and, well, my vagina started going berserk. That's when I finally was like, Oh! This is what sex is supposed to feel like! Now I'm a greedy bastard, so maybe ignorance is bliss.

I was an inexperienced (in more ways than one!) freshman in college who was dating -- or, rather, sleeping with -- a senior. We had been fighting that entire day about something so stupid I can barely remember what it was about. So, we were about to mindlessly do the do (it was pretty routine by then) in tabletop position -- TV on and all. But this time he angrily slipped it in, and it must've been a mixture of our anger and the position because, voila! EUREKA! FIRE-F*CKING-WORKS. It's safe to say I was hooked on him for way longer than I should have been.