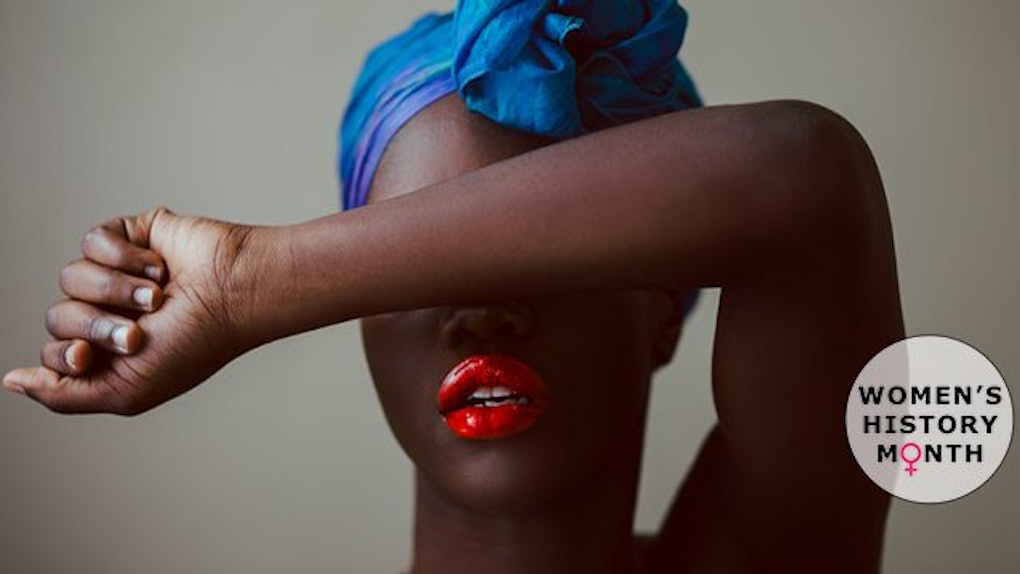 In Defense Of The Angry Black Woman Stereotype

What would you do if you woke up every day knowing you're about to face a world that labels you these words at first glance?

Would you: A, overcompensate in order to defy those stereotypes? B, get angry and risk proving them right? Or C, accept defeat just to save your energy?

If you are a black woman, these are all trick questions.

There is no correct answer. Each option sends you on a whirlwind resulting in the same solution: none.

I've repeatedly tried all three and felt like a broken record. But really, the solution shouldn't be our burden, but the burden of those who reinforce these ideas.

If you habitually choose option B, I don't blame you.

Until the stigma associated with being a black woman changes, we have every right to be as angry as we feel. The very least we should be afforded is the right to be noticeably frustrated with how we are treated in society.

The last person who should be blamed for any black woman stereotype is a black woman.

Most stereotypes of the black woman were created by white men in the 1830s.

They would dress in black face and perform on stage mocking black women and portraying them as loud, masculine and unattractive. White audiences not only found these acts amusing, but they accepted these representations as truth.

The "jezebel" stereotype of the black woman stems from the over-sexualization of black women in the media.

It's successful at degrading and exploiting black women, while also encouraging young girls to play into this character and ignore safety precautions while engaging in sexual behaviors. This has played a role in the growing rate of African American girls contracting HIV.

Black women have also been deemed emasculating and overbearing, which affects our romantic relationships with men, as well as how we're viewed in the workplace.

During slavery, black women were stripped of their femininity to be considered able to do slave work. Femininity was assigned to white women, so they could remain valued and believed to be in need of protection. Black women were, in many ways, lumped in with black men as far as labor.

In other ways they were able to one up black men by winning approval to manipulate the system in order to provide for her family. The pinning of black women and men against each other pushed forth further the idea that black women are domineering.

The list of stereotypes and effects each has on black women could go on for hours. The only thing more exhausting than explaining our adversities is living with them. Many may argue that by allowing ourselves to express our anger, we share responsibility in emphasizing the angry black woman stereotype.

This specific stereotype is a clever trap. It highlights a warranted response that would otherwise be accepted from privileged cultures in the face of injustice, and applies it to one specific group of people (black women), thus making it nearly impossible to defy.

We have internalized this stigma, and find ourselves at a crossroads every day. What if we're provoked? Which road do we take? If I turn the other cheek or flash a fake smile, the best case scenario is that I'm viewed as one of the "good" ones.

Racist stereotypes are so resilient, even when you prove them wrong, you're only viewed as the exception.

Racist stereotypes are so resilient, even when you prove them wrong, you're only viewed as the exception to the rule. Everyone else who looks like you doesn't get a pass. And even if you do, what good is it if you'll still be judged by someone new tomorrow?

Many of us find ourselves in predicaments that challenge our dignity, though perpetrators and witnesses downplay it as if we're only fighting for our pride.

Pride and dignity are often confused as one in the same.

Pride and dignity are often confused as one in the same, but pride revolves around ego and dignity is the core of our character and self-worth. When we defend ourselves, it has no relation to our ego. We are fighting for the right to be treated as equal human beings deserving of the same opportunities as everyone else.

Pride revolves around ego and dignity is the core of our character and self-worth.

Our character is tested daily. Many of us are faced with a choice: accept humiliation or fight back. Be silenced or take the bait.

Well, here's one thing we need to remember: We are not responsible for the stereotypes forced upon us. Allowing myself to be fed up with discrimination and mistreatment should not trigger another count against me. And if it does, I will not let anyone convince me that I am at fault.

Living our truth and expressing our feelings are two things we have that cannot be taken away.

My challenge for everyone who is not a black woman is to stop guilting black women into pretending as if everything is OK. The last person who should be blamed for any black woman stereotype is a black woman.

And as for the "angry black woman" stigma? When I am angry, please understand that I have every right to be.

And I will never feel ashamed of that.