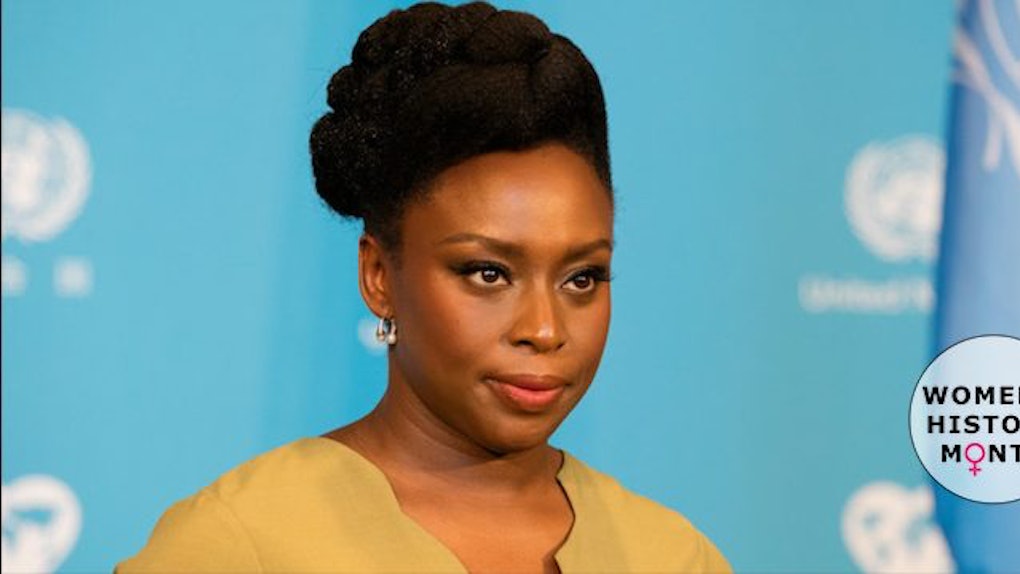 Chimamanda Ngozi Adichie scored a few hard side-eyes from the internet after an extremely controversial interview.

During the interview, Adichie concluded transgender and cisgender (defined by GLAAD as a person who is not transgender) women do not share the same experiences.

The Nigerian feminist author, who gained mainstream popularity after Beyoncé sampled her TED Talk on her self-titled album, already had heads scratching upon writing in her new book, "Dear Ijeawele," sexism bothers her more than racism.

This time around, her opinion started off on the semi-right track. She said:

By semi-right, I mean she began by acknowledging a difference between transgender women and cis women.

And there ARE differences: Transgender women experience a different type of oppression that stems from transphobia.

Trans women of color experience treatment at the intersection of transphobia, racism AND sexism.

They are often criminalized for not fitting into the gender identity boxes society creates, and then again, just for being of color.

That's where Adichie seemed to be headed. Instead, she took a turn many read as dismissive and misinformed.

I think if you've lived in the world as a man with the privileges that the world accords to men and then sort of change gender, it's difficult for me to accept that then we can equate your experience with the experience of a woman who has lived from the beginning as a woman and who has not been accorded those privileges that men are.

This is where some fans hit the pause button, and began picking apart the "Americanah" author's logic.

Although it is true transgender women have been considered men for some part of their lifetime, Adichie's statements seemed to not grant trans women the same womanhood as women born cis.

Though not everyone disagreed with her, a few devout fans began reconsidering their loyalty to the feminist fave and labeling her a transphobe.

The majority of my timeline, however, questioned her knowledge on the subject altogether.

Adichie tried to clean it all up with an essay-length clarification on Facebook that ultimately made everything messier.

Here's why her statements are problematic:

For starters, trans women are already aware of the previous "privileges" they experienced while living their life inside of a man's body. You know, because they went through the entire transition process.

This doesn't change the oppression they deal with as women today.

But primarily? Us cis women don't get to decide what experiences transgender women and men have or have not had.

We do not get to define what makes a trans woman a woman.

The problem with taking such an authoritative stance is that transgender people already have a difficult time getting their voices heard on the daily issues they face.