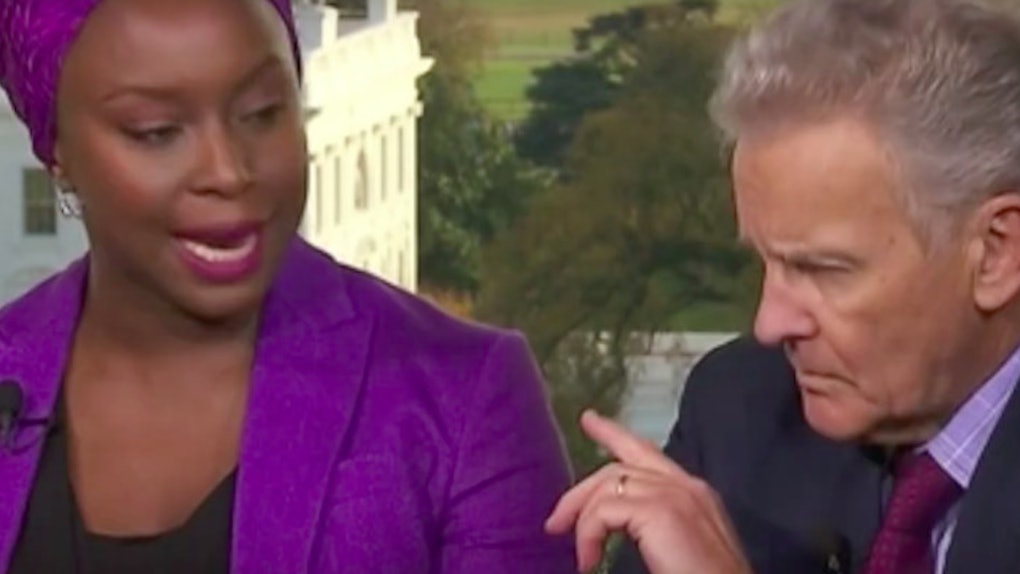 Can we all agree Donald Trump has never done or said anything racist, please?

No, because that would be a gritty, in-your-face lie.

Some people choose to believe it, though. Like this guy.

His name is Robert Emmett Tyrrell. He's an author and founder of The American Spectator, a conservative magazine. He also thinks the president-elect has never ever made a racist comment.

The topic? Trump because the entire world will be talking about him every day for the next four years.

He hasn't been racist.

Lies. So many lies.

Adichie was having none of it, and she could not have responded more clearly, succinctly and — to be honest — perfectly.

No, you don't get to sit there and say that he hasn't been racist when objectively he has. And it's not about your opinion. There are objective things. Racism is an objective reality, and Donald Trump has inhabited that reality.

Do you know of the false consciousness, which is a theory you're talking about, is a Marxist concept? In other words, I can't even open my mouth here because I'm a white male.

He then asks her to name a time Trump has been racist.

If he says to us, for example, that a United States judge is unable to judge him fairly because he is Mexican, that is racist — objectively racist.

Is our president-elect racist? It's a debate many of us can't believe is on TV, including Bryan Cranston.

The "Breaking Bad" actor was only on BBC Newsnight a couple of weeks ago and gave an awesome summary of Trump.

He said he is "fascinated" by Trump because he is a "classic, tragic Shakespearean character" who talks but actually says nothing. Take a look, it's spot-on: