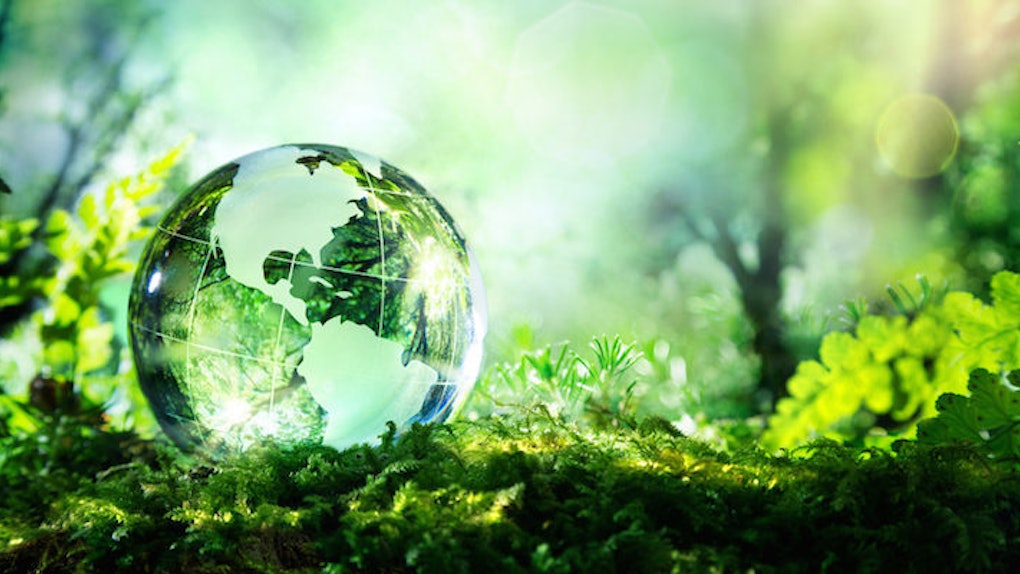 Girls Are Actually Burying Crystals To Find Love, And They Say It Works

I feel kind of silly admitting this, but my whole obsession with the traditional Wiccan practice of burying crystals on the full moon originates from a former episode of Bravo’s "Beverly Hills Housewives.”

Before I immediately turn off 87 percent of the population (which I don’t know why. "Housewives" is the sh*t, especially the old-school "Bev Hillz" episodes), this isn’t an article about a tired franchise; it’s about why crystal rituals are actually less wacky than they may seem.

It was while watching Carlton Gebbia, a Wiccan and former "RHOBH," that I was introduced to the world of crystals and the energies they hold.

If you want to find the man of your dreams, Gebbia suggested performing a Wiccan practice that involves writing down all of the specific qualities you seek and burying it with specific crystals in the direct light of a full moon.

In time, the crystals’ energies coupled with your intent will bring this man to you.

But at the time, I had been single for five years, basically celibate, 15 pounds overweight and contemplating dating my cousin. You could say I was in a bad place.

So, in what kind of started out as a joke amongst my friends, this is how I ended up becoming "The Jewish Girl Who Buries Crystals."

(Yes, it was the middle of winter. Yes, I tried to bury crystals in completely frozen ground using only a spoon to dig. Rookie mistakes.)

A brief rundown of the ritual, or how I choose to perform it:

2. Purchase the right crystals whose energies will help further your goal. This part requires some research (i.e. amber purifies negative energy into positive, making it good for healing; turquoise sends unconditional love). Since I like to physically bury my crystals in random places that don’t always include my personal windowsill, sometimes I purchase fake plastic ones and use a little make-believe.

3. On the night of a full moon, recite an incantation of your choice (I formerly used a Wiccan one, but then I made one up of my own that I find more meaningful but am way too embarrassed to share with everyone). Really get in touch with the present moment, and try to focus on yourself and your desires.

4. Partially bury the list with your crystals in plain sight of the full moon, so that the moon can cleanse and embrace the different vessels of energies.

5. Be at peace with yourself for a moment. Then grab some wine, and enjoy the rest of your night.

The practice is not particularly complicated -- you just have to set the date and keep it each month.

It’s not really about performing some kind of preposterous magic, but rather taking the time to self-reflect and set small goals.

And with that lovely introduction I give you: the reasons I use crystals and you should too.

It states an intention...

...And then helps you put that energy out there. Regardless of if it's actually the crystals bringing your success, writing down what you want and sealing it with a ceremony keeps you focused on your goals for that month.

It's a helpful practice that sets your progress into motion. You're declaring what you want and using that momentum to get after it.

You are grounding yourself

The ritual forces you to take one evening for yourself in which you regroup, get back to your purest self and think introspectively. You have free time to understand and explore what is truly important to you.

That night, you can allow yourself to shut out the noise, forget about the world around you or what's expected of you and really enjoy your own vibes. It's like recharging your mind's batteries for the month to come.

Sometimes we need a celebration or a ceremony to make things feel finalized or official. Burying crystals is also an act of refreshing your soul and cleansing yourself of all you want to expel from your life.

The ritual helps you move forward in manifesting your dreams by accepting and putting the baggage behind you. In order to attract love and abundance, you have to get rid of what's bringing you down.

It's a low-level commitment accountability

Setting a date with yourself (or with your friends, as I do every now and then) and promising to keep it is important for self-maintenance.

Amidst our ClassPasses and work priorities, making time for yourself is necessary to keep balance. Especially during those times when you'd rather don crystals than get real with them, friends hold you accountable for sticking to your full-moon plans.

Writing down what you want is a good practice

I know -- we have computers for that. But how special is it to seriously write down (writing an email is not the same as writing pen to paper) what you want in life and seal it with the universe, not a cloud? For it to belong only to the person lucky enough to find it, not to be used against you?

It's yours. For you and the world you choose to make. That's why I bury crystals.