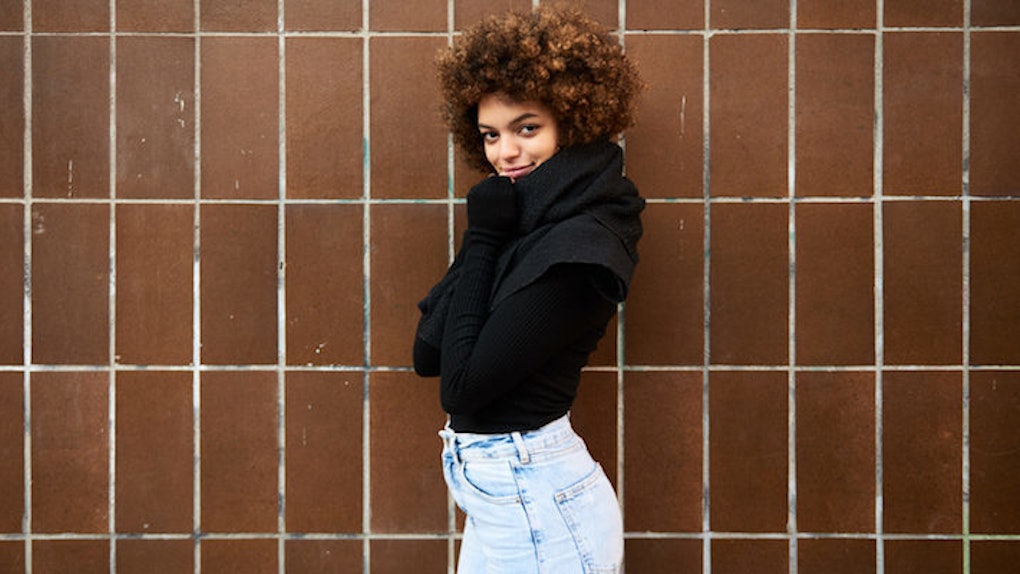 Why Bossy Girls Are Better At Sex, Life, Relationships And Business

Many people think being bossy is a negative attribute, but if you really think about it, isn't the alternative worse?

If you aren't being a boss, someone else will end up bossing you around and, honestly, it's much more fun to give the orders than it is to take them.

Bossy people get sh*t done and don't let anything get in their way.

They run their lives the way life is supposed to be lived and aren't concerned with anyone else's opinion.

They want things done a certain way and won't accept anything less. It's probably the most efficient and beneficial way to live.

Being bossy translates into every aspect of their lives, and that's what enriches them.

From sex to relationships to business and life in general, being bossy gets you much further ahead of the game than you realize.

So why exactly is that?

1. They aren't afraid to say what they want.

A bossy chick has no qualms speaking what is exactly on her mind, and rightfully so.

Everyone is entitled to have an opinion; she just feels more comfortable expressing her's, something more people should just to do.

2. They don't shy away from challenges.

Instead, they seek them out and thrive on them. In their eyes, the more challenging something is, the better.

3. They have a natural sense of authority.

When it comes to authority, bossy girls don't push for it; they just have it.

It seems as if these people were just born with something not everyone can achieve.

4. They have extreme self-confidence.

It takes a ton of confidence to be able to stand on your own volition and opinions.

Many people try and hide when it comes to leadership, but bossy girls know how to take the reins.

5. They know what they're capable of and will continue to strive for success.

Bossy girls never settle for anything other than their best effort.

They won't stop until a task is completed to the best of their abilities. They don't make excuses; they produce results.

Everything is always up for negotiation, which is what makes these women so successful in the world of business.

They always seal the deal in one way or another.

7. They don't just let life pass them by.

Bossy girls can never sit still, as they are always keeping an eye out for a new and exciting opportunity.

These girls are always doing something fun.

8. They are always prepared.

They know their abilities and are always ready to whip them out in any given situation.

You can never catch these girls off guard because they are already two steps ahead of you.

Actually, they don't follow any rules, regardless of whether they created them or not.

10. They aren't afraid to tell you when you're wrong.

Most people are afraid to speak the truth because they don't want to offend you.

But that is far from the case when it comes to bossy girls -- they have #NoFilter and don't care who knows it.

In fact, the more, the merrier.

It doesn't matter what kind of job it is, these girls get it done 110 percent.

You never have to worry when a bossy girl is taking on another task because she's consistent in her delivery every single damn time.

Selfish people probably live longer since they are concerned about themselves and the people closest to them.

Many people believe being selfish isn't a good thing, but bossy girls know just how to do this flawlessly.

13. They have no issue making the hard decisions.

Usually, in relationships, one person tends to make all of the decisions, and more often than not, it falls into the hands of the man.

Bossy girls have no issue making decisions and won't throw it in your face after doing so. In fact, they love having the power and responsibility.

You never have to worry when it comes to dating a bossy girl.

The fact that she is so secure in your relationship is all the comfort you will ever need.

15. They know where they want to eat and will make the reservation.

A bossy girl will never tell you she doesn't know what she wants to eat. In fact, chances are she probably already made a reservation.

Also, you know you're getting the best table in the house without question.

16. They won't let anything stop them from getting what they want.

Once a bossy girl has her mind set on something, there is absolutely no stopping her.

I wish a lot of luck to anyone who may try and stand in her way.

In life and love, bossy girls will never settle for second choice.

They only accept the best of the best and won't even entertain anything outside of that realm.

18. They will never let you be anything other than your best self.

Bossy girls don't accept anything less than other people's best either, which is amazing for the man (or woman) who gets to date her.

She will be your biggest fan, motivator and supporter at any given time.

19. They don't get intimidated.

No one f*cks with bossy bitches because they get sh*t done no matter what it takes.

20. They are always down to try new things.

Bossy girls thrive on new experiences or anything that will enrich their lives and teach them new things.

21. They bounce back twice as hard.

It's a rare situation when a bossy girl gets hit with a curveball, but when she does, she's coming back twice as hard.

Bossy girls don't need you to tell them they're bossy; they are well aware of it, but if you want to keep dishing out the compliments, they will surely take them.

23. They're never ashamed of anything they do.

It's just another aspect of who they are as a person.

Bossy girls don't do anything half-assed. Once you're with a bossy chick, you're stuck with her for life because really where else is there to go once you've hit the top?

25. They see asking for help as a positive thing.

Instead of viewing help as a weakness, bossy girls know how to use their resources.

This is exactly what makes them thrive in business and life.

26. They own everything they do.

Perhaps this is exactly why they are able to get away with anything they do.

They live their life the way they want to, and if anyone has an issue with that, that's their problem.

27. They make you feel secure.

You will never have to wonder where you stand in a bossy girl's life.

She will let you know on a constant basis just how much she values you.

"Acting like a lady" is just not in their vocabulary.

The world honestly needs many, many more of these types of people. Life is too short not to say what's on your mind!