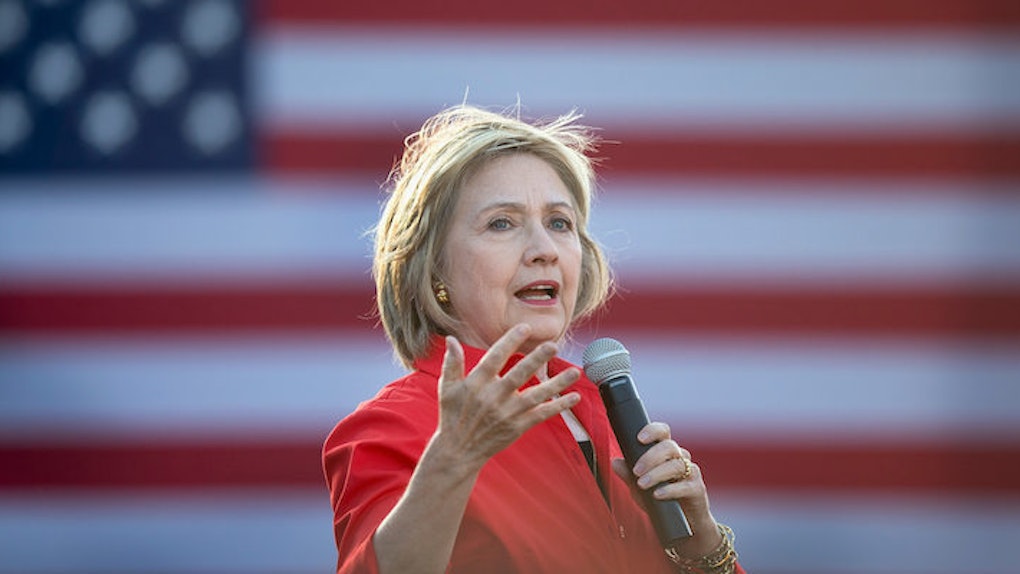 During college, I was convinced my vote didn’t matter.

Though my parents actively discussed politics with me at length, I was too busy writing entertainment news for our campus newspaper and minoring in frat parties to care. Plus, George W. Bush and the Iraq War both turned me off, leading me to believe it was all a game of who could out-lie whom.

Since Barack Obama was elected in 2008, though, change through young (black) voices seems possible. That's partially due to the 2008 Rock The Vote campaign using the intersection of culture and politics to drive youth to the polls. Now, I'm anxious to see where candidates stand on issues like gun control and student debt, and I'm not alone.

Millennials are thoroughly invested in the current political atmosphere, showing up to caucuses and protests in large numbers. At 11.2 percent, the youth turnout in Iowa this year was the second highest in the last 20 years. We have diverse concerns, including foreign policy and minimum wage.

I carefully comb through the issues and research those that affect me the most as a black woman, such as women’s reproductive rights and mass incarceration. The issues that affect black women affect all of us, and here's how.

Even if you're not in college, student debt still affects you.

I live my life with a heap student debt, along with 40 million other people. Though all young people seem to struggle with money, reports show black women have a harder time paying student debt than any other racial or gender group.

According to the White House, 70 percent of bachelor’s degree recipients leave school with debt, which has significant negative consequences on our entire economy. The Consumer Financial Protection Bureau reports that one in four recipients of a student loan is either in delinquency or defaults entirely. That leads to fewer entrepreneurs who can provide jobs and services that drive the economy.

Beware of candidates talking about cutting federal funding for organizations that largely serve low-income or underserved communities, such as Planned Parenthood. The topic has played a major role in the current presidential election.

At the end of last year, Planned Parenthood escaped unscathed after the GOP threatened to defund the health services they provide to millions of women. Recently, however, John Kasich signed a bill that essentially defunds Planned Parenthood by prohibiting his state from contracting health services from pro-choice organizations. The bill will wipe out $1.3 million in potential HIV testing.

Even if you're healthy and gainfully employed, it's possible you'll need a free or relatively inexpensive pap smear or breast cancer screening. Wouldn't it be nice to have the option available?

Voting for the candidate who will assist in closing the healthcare gap gives all women a better chance to not only be covered independently, but also have access to quality healthcare.

For black Americans, 82 percent of gun deaths are homicides. According to the Washington Post, black men account for 40 percent of the unarmed men shot dead by police in 2015. It's a shocking number, considering black men make up a mere 6 percent of the US population. What's more, black parents are almost twice as likely to worry about their kid getting shot than they are to worry about drug use or depression.

Still, gun control can save all lives of all races. With the amount of gun-related violence dominating news cycles in recent years, everyone can afford to stay woke about this issue.

Can we ever really reach a political utopia where everyone gets what they want? Probably not, but our generation is more optimistic than our parents' was. A poll by USA Today and Rock The Vote says 57 percent of Millennials envision a bright future.

It's our job to stay fully informed in order to vote. So, whether you watch every GOP debate or are just tuning in, it’s time to play closer attention to issues you may be missing.