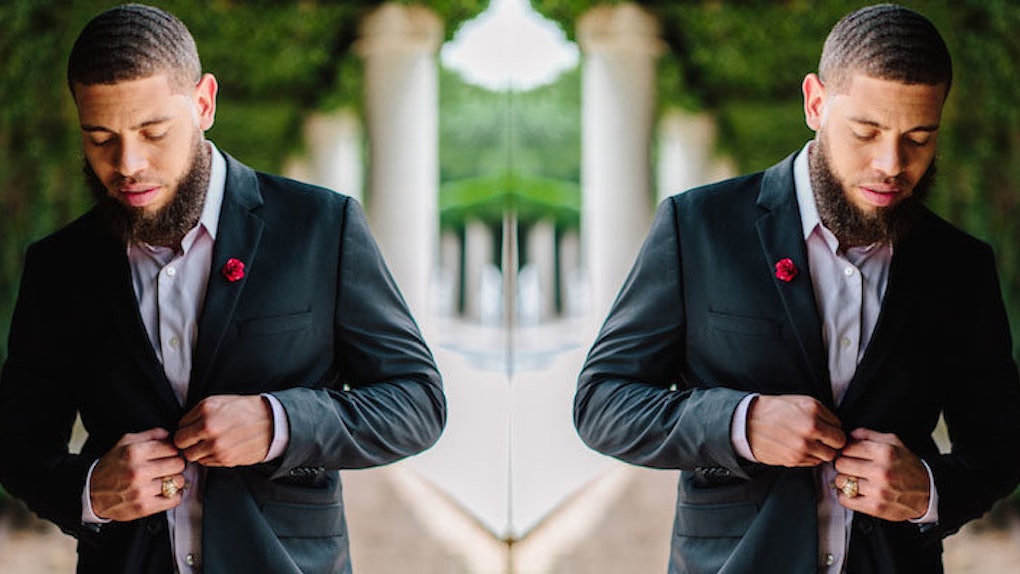 Beyond Looks: Why Character Will Forever Be The Sexiest Trait In Men

We all know a guy who's the stereotypical assh*le.

You know, the one with extraordinary good looks who makes your head (or vagina) spin. You have no idea why you like him, as you know he is a complete and utter player, but something inside of you lusts over him like a dog over a piece of meat.

As brutal as it sounds, these kinds of men are only good for us to look at. It is strongly advised to refrain from talking with them as much as humanly possible.

Sure, you might be sexually attracted to them and have the urge to climb them like a tree, but a one-night stand is all they're after. And, frankly, that is all they're good for.

Have you ever encountered a man who isn't overly “hot” at first glance, but as soon as he opens his mouth and starts talking, he is the sexiest man you have ever laid eyes on? There is something so enchanting about him, but you can't quite put your finger on it.

His character is so beautiful, his exterior supernaturally transforms into something as desirable as "Magic Mike."

As a society, we tend to form our opinions of people based on appearances, rather than character. I mean, it's only natural because our exteriors are the first things people see when they meet us.

But, what if I told you phenomenal character was enough to make women everywhere crazy?

No, I am not one of those women who will lie and say looks aren’t important -- they are. After all, it would only be a friendship if your significant other didn't make you hot under the collar. But, being “attractive” can be defined by far more than just your outer shell.

Personally, as I get older and gain more life experience, I continue to notice good-hearted people are few and far between.

It isn't every day you come across someone who has the perfect balance of humility, intelligence, compassion, humor and selflessness. In fact, it is pretty rare. Hot guys, on the other hand, are everywhere.

But, I have not met one guy who is extraordinarily good-looking who doesn't also have a massive ego. And, if they are amazingly good-looking and humble, well, sadly, they are most likely already taken.

These so-called "hot guys" are pretty easy to find; they are the ones who have their heads so far up their own assh*les, they can't even see you.

Word to the wise: If he has better eyebrows than you, run.

To me, these stereotypical "hot guys" are the most unattractive people in the world.

Sure, they have eight-packs and a perfect "V lines" leading down to their man junk, but I can't help but be repulsed by their incessant need to stare at themselves in the mirror and act as if their sh*t don't stink. I mean, everyone's sh*t stinks.

When I look for a man, I try to look at them from the inside out. As hard as it is sometimes, it ultimately pays off. I look for someone who is humorous, humble, emotionally mature, kind hearted and selfless.

I want a man who sticks to his word and is loyal through adversity.

"Sexy" describes a man who is comfortable in his own skin, but doesn't think he is the apple of everyone's eye. They are simple, yet so loyal to you that you can't help but love them more every time they are there for you, just when you need them the most.

These men may not be the "hottest" of the male species; in fact, others might perceive them as "not good enough for you."

But, what they have is far more valuable than what meets the eye and far more special than what any protein-drinking ladies-man could ever provide.

At the end of the day, lust will come and go and desires will peak and fade, but phenomenal character will forever be the sexiest component of someone who is truly attractive.