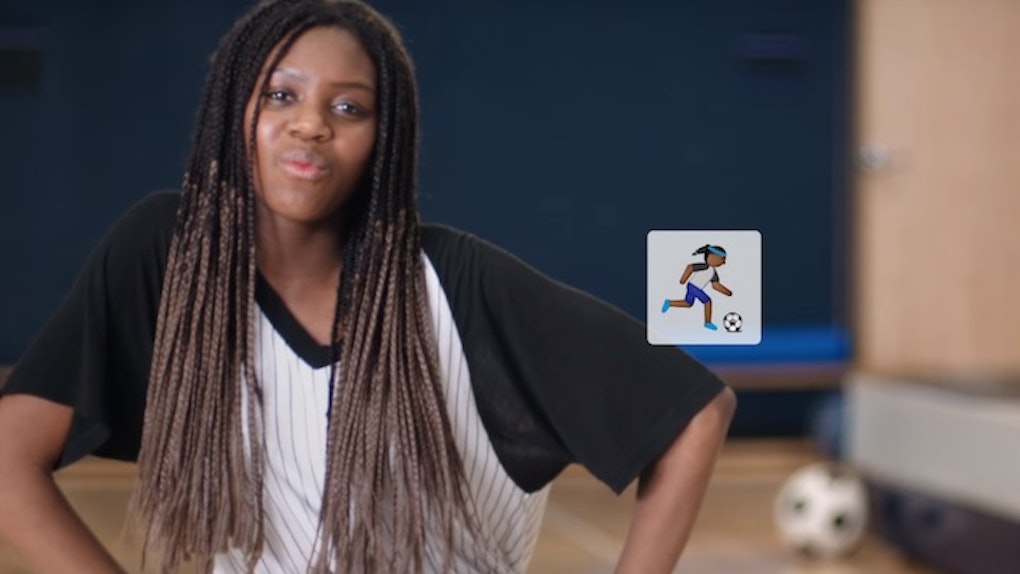 This New #LikeAGirl Campaign Shows Us How Sexist Emojis Really Are

Emojis are now an inescapable part of our every day.

Hell, even the dictionary gave in and added an emoji to the big book of words (nope, not the word "emoji," an actual "crying face" symbol is now in the Oxford English Dictionary).

And for the most part, we are cool with it. Everyone uses them; Facebook has added them; advertisers are exploiting them, whatever.

What we aren't cool with is how f*cking sexist emojis actually are.

In a new ad campaign, Always points out the sobering reality that girls send over a billion emojis a day, and 82 percent of teen girls use the smiley face on a daily basis.

But in no way do these tiny little symbols represent women. As one of the girls in the ad points out,

There are no girls in the professions emojis. Unless you count being a bride as a profession.

Unless you're Julia Roberts playing yet another bride in a movie and getting paid millions for it, no, bride is not a profession.

None of the sporting emojis are women. All of the women are wearing pink. What gives? As another girl points out,

There aren't enough emojis to say what girls do. That's just how things are.

Well, screw that. During Women's History Month, Always wants to know which emojis you'd like to see to help better represent women everywhere.

The girls in the video above suggest a female soccer emoji, girls going to the gym, a girl teaching people how to play drums, a cop, a lawyer and a "super bad ass girl."

Hell yes, ladies, right there with you. Watch the video and share your emoji ideas on social media with #LikeAGirl.