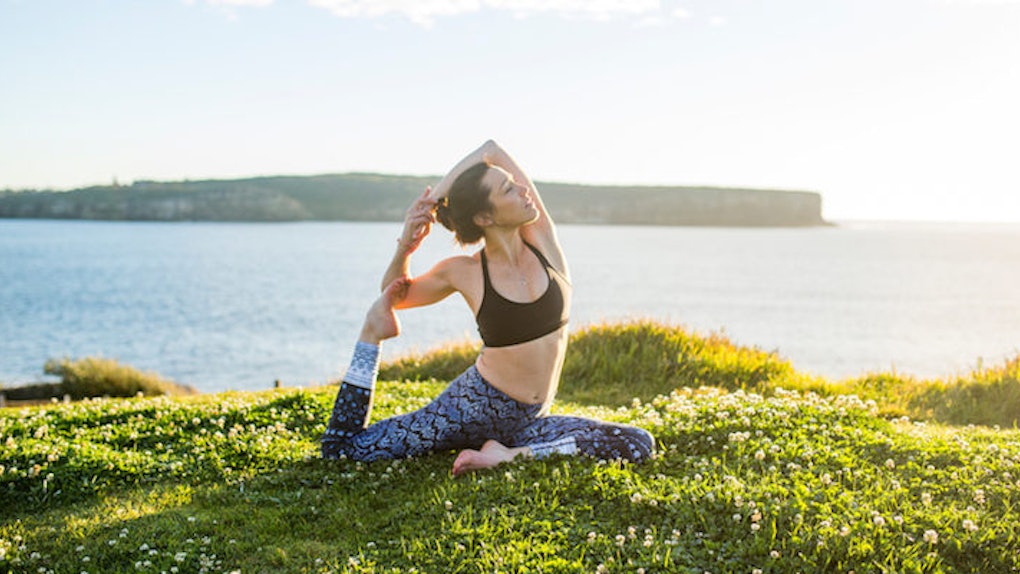 What Workout You Should Do, Based On Mood

Humans are moody AF, and often times, we have unhealthy ways of dealing with those emotions, like finishing an entire box of chardonnay in one night.

For many people, the last thing you want to do when you are anxious or sad is to work out, but it may actually be the most effective way to cure it.

Exercising regularly can make a huge difference in how you react emotionally on a daily basis.

One study found that even light activity like walking or gardening made people feel happy.

In general, any workout sesh is going to improve your mood, but if you want to target a specific mood you're in, try out these tips:

1. Swimming for sadness or depression

Whether dealing with a breakup, handling family drama or experiencing seasonal depression, exercise helps by releasing and producing serotonin, a stress-reducing hormone.

Swimming serves to sop up excess fight-or-flight stress hormones, converting free-floating angst into muscle relaxation. It can even promote so-called 'hippocampal neurogenesis' – the growth of new brain cells in a part of the brain that atrophies under chronic stress.

Swimming can also help through the grieving process. It is generally a solo activity, which is good for someone who prefers to grieve in silence.

According to Vicki Costa, a clinical social worker and grief counselor with Safe Harbor Counseling in Bel Air, Maryland, athletes "raise their heart rate and sweat out the toxins. It's how the body cries."

2. Yoga for stress and anxiety

Over the last 10 years, it seems that therapists have been recommending yoga more and more to patients.

It's surprising the type of people who expand their exercise routines to yoga solely based on doctor recommendations, but that's because it works.

Hatha yoga tends to be the most popular especially for those just starting out because of its gentle approach.

One of the reasons yoga can help with stress and anxiety is because of the controlled breathing. Studies have shown that deep breaths help lower blood pressure, which is a common symptom of anxiety.

It has also been known to help manage the risk for chronic conditions such as heart disease and high blood pressure.

A Harvard study also found that yoga leaves people with an overall improved mood and quality of life.

So stop stressing out, and stretch it out.

Having time to think while moving in a consistent rhythm can calm the mind tremendously.

Nathaniel Thom, a stress psychiatrist, suggested, "If you know that you're going to be entering into a situation that is likely to make you angry, go for a run first [...] It's like taking aspirin to combat heart disease”.

The best thing about running is, it doesn't require a gym membership, just a good pair of sneakers.

So, before spending time with your annoying family or co-workers, go on a quick run to avoid an outburst.

It doesn't need to be a 6-mile run, so don't go crazy. It can be just 1 mile, and then you are set to be in a more positive mood for the rest of your day.

Frustration and anger are very similar, but your physical reactions to them are very different.

Frustration is an inner buildup of feeling discouraged, hopeless and vulnerable, whereas anger is usually caused by something external and has an immediate emotional response leading to an increased heart rate.

If you're feeling frustrated, I suggest taking the Rocky Balboa challenge and punching some dummies.

Punching and kicking soft objects is listed as one of the top ways to vent your frustrations.

So, find a fun kickboxing class, try some Krav Maga or just the traditional “punch a bag” type of boxing.

Not only will it release pent up frustrations, but you will also feel like a badass afterward.

If you hate all of these exercises listed, that's OK because you just need to find something you enjoy.

As long as you are sweating it out on a regular basis and giving yourself time to think everything through, you are bound to be in a better mood.

It's been scientifically proven!