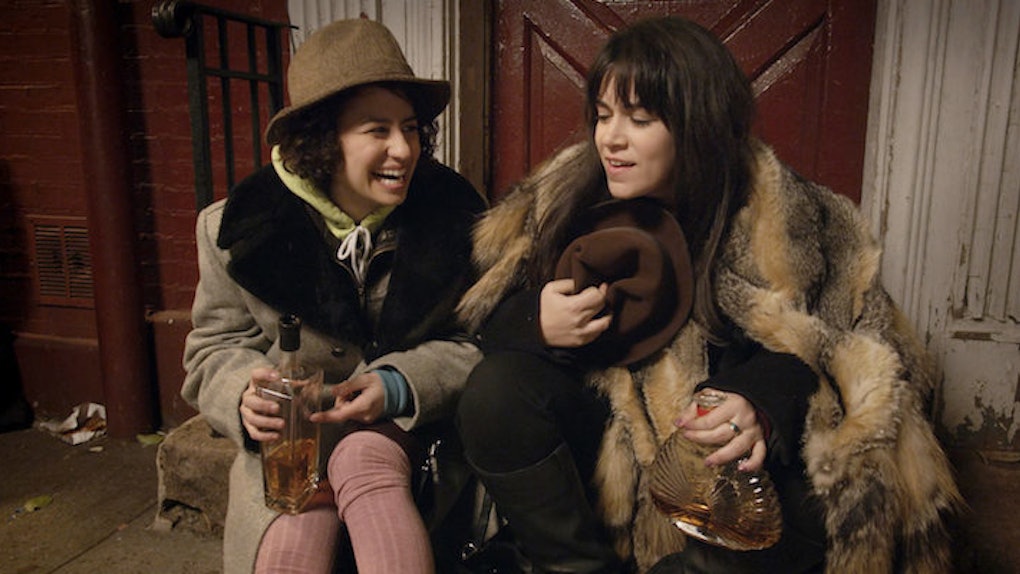 The other day, a coworker and I were talking about our habits in college.

I admitted my idea of "being healthy" was getting on the elliptical still drunk (seriously, that happened a few times), and she told me a very funny and extremely disgusting story about getting drunk one night, dropping a pizza bagel on the floor and finding it facedown in the morning.

Unfortunately, I have to keep her identity a secret. But her story got me thinking -- why do we treat our bodies like garbage cans in college?

You're drinking alcohol all the time.

Drinking is a central part of most people's college experience, and I'm not talking about drinking the occasional glass of wine to wind down at the end of the day.

I'm talking about vodka that comes in a plastic bottle, kegs of unspeakably disgusting beer and the most sugary, high-calorie concoctions imaginable.

The act of consuming that much alcohol alone is crappy. It's bad for your liver, and it certainly doesn't help you're drinking a lot of calories.

But that's not where the alcohol-related damage ends.

A night of heavy drinking leaves your head pounding, your muscles sore and gives you little motivation to bust stress and calories on the treadmill.

Plus, a night of drinking wreaks havoc on your stomach -- and we're not just talking about throwing up (although that sucks, too).

A hangover can leave your stomach feeling like a bottomless pit. You usually only eat one bacon, egg and cheese bagel, today you want four. Maybe you wake up and head straight to Chipotle for an enormous burrito.

And just when you're starting to feel pretty good (like, you know, for a day), you drink way too much again and start the cycle all over.

You're not sleeping enough.

Sleep is so, so important for your health.

Sleep makes you happy. It keeps your immune system strong. It makes you look pretty!

But in college, sleep is hard to come by. When you're not running on four hours of it thanks to too many tequila shots the night before an 8 am class, you're pulling an all-nighter to finish up the research paper you were supposed to start at the beginning of the semester.

Not getting enough sleep leads to hazy, poor decision-making and weight gain.

Here's how it works, according to various studies: Being sleep-deprived causes our bodies to produce more ghrelin, the "hunger hormone" that cues our appetites.

When we're tired we also produce less leptin, the hormone responsible for letting our bodies know when we're full.

Sleep is powerful, so please do your body a favor and get a little more of it.

According to a 2012 study, 70 percent of people gain weight in college.

While I could blame that high number on metabolisms, it probably has more to do with lack of sleep, too much alcohol and weird food schedules.

While most college campuses do have healthy options these days, most dining halls are also all-you-can-eat buffet styles, and they're usually only open at certain times of the day.

Even worse, sometimes you have no one to eat with when you're hungry! And unlike at a restaurant, you usually can't grab a to-go box.

So you end up going way too many hours without eating and scarfing down way too much food that's bad for you when meal time comes.

Feel like there's no solution to this problem? Try keeping healthy snacks in your dorm room that will keep you full for a while, like apples and peanut butter.

You're still figuring out how your body works.

Before college, your habits were probably at least slightly dictated by your parents.

They put dinner on your plate, maybe packed your lunch and probably didn't let you come home at 2 am on a school night and order pizza.

When you get to college, everything changes.

There are very few rules, and it's very possible you don't even know what will make your body feel like crap -- like too little sleep, too much greasy food and lying around watching TV instead of going for a run.

Once you step foot into the real world and have a 9 to 5 job to hold down, you'll probably figure these things out.

But until then... chances are you'll continue to treat your body like sh*t.

If you're reading this and realizing yes, you are indeed treating your body like crap, take heart.

Everybody's eating too much, sleeping too little, not exercising enough and getting too drunk. Peer pressure is a real thing!

College students, there will probably be a day in the very near future when you wake up, see a pizza bagel facedown on your bedroom floor and think it looks really good.