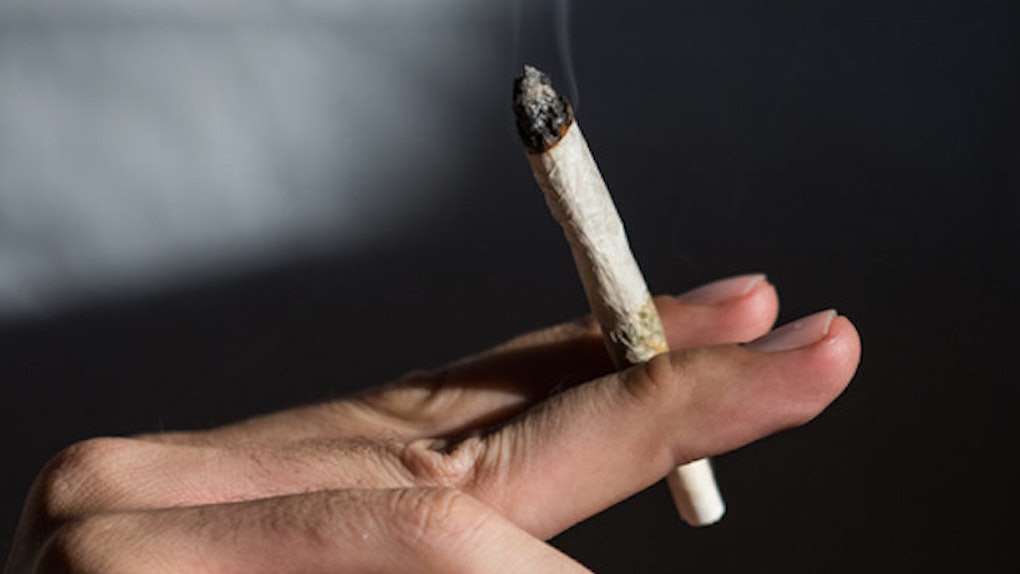 This Might Be Why People Who Smoke Weed Are Skinnier

Marijuana is kind of mysterious.

When I was a kid, the evils of marijuana were drilled into my brain: It was a gateway drug, it would cause car accidents and it would eventually kill me. Under no circumstances should I ever smoke marijuana.

A solid 15 years later, I don't. But it's not because I think it's especially bad for me, I've just found it makes me way too paranoid. And who wants to be paranoid?!

Still, as someone who is obsessed with health, I find myself extremely interested in this little, green plant.

The research on marijuana is still pretty limited, but studies show marijuana may decrease anxiety, treat nausea and even make your workouts better.

Oh, and there's one more thing: Over the past few years, studies have shown people who smoke marijuana are less likely to be obese and more likely to have better insulin control.

So, does smoking weed make you lose weight? Let's talk about it.

Here's what studies on marijuana and weight found.

First of all, let's get one thing out of the way: Stoners get the munchies, and the munchies make you eat more.

Still, research shows people who smoke marijuana regularly are thinner than those who don't.

The first study, conducted in 2011 and published in The American Journal of Epidemiology, was a large one. It included 52,000 participants and two surveys.

The second survey found similar results: 25 percent of people who didn't smoke weed were obese while only 17 percent of smokers were.

A smaller study was conducted on this topic two years later out of the University of Nebraska, Harvard School of Public Health and Beth Israel Deaconess Medical Center.

It included 4,600 participants and also reached a similar conclusion: People who used marijuana had smaller waist circumferences than people who didn't. They also had better insulin resistance, meaning they had speedier metabolisms.

So, should you be smoking marijuana on the regular if you want to lose a few pounds? Let's take a closer look.

This is what you should know before you smoke a bowl in the name of weight loss.

I'm willing to take a few guesses as to why people who smoke pot are skinnier, despite getting the munchies.

A lot of people I know smoke marijuana to destress and fall asleep, and both stress and lack of sleep contribute to weight gain.

Our bodies produce too much cortisol, a hormone believed to contribute to belly fat, when we're stressed out. And we produce more ghrelin (the hunger hormone) when we're sleep deprived, which causes us to eat more.

So fighting both of these conditions with marijuana could go hand-in-hand with weight loss.

Or, maybe it's because people choose to smoke weed instead of drink alcohol. And, as anyone who's ever gotten drunk and eaten late-night pizza can sadly attest to, it's pretty easy to ingest over a day's worth of calories in a four-hour span after drinking.

Additionally, research shows extremely religious people are less likely to do drugs and more likely to be obese.

So, if a good amount of people surveyed in the studies were highly religious, that could be one explanation for why pot smokers appeared slimmer in the results.

Also, marijuana is used to treat nausea and stimulate appetite in cancer patients, and cancer patients don't usually weigh very much. So if any of the participants were using marijuana medically, this could explain a lot.

Of course, these are just theories. And the fact is we really don't know much about the correlation between marijuana and appetite just yet.

But if you ask me, our guesses are pretty good.

Here's hoping researchers come to some conclusions about the connection between marijuana and weight loss soon. And if it really does help you lose weight, I might just give it another shot.