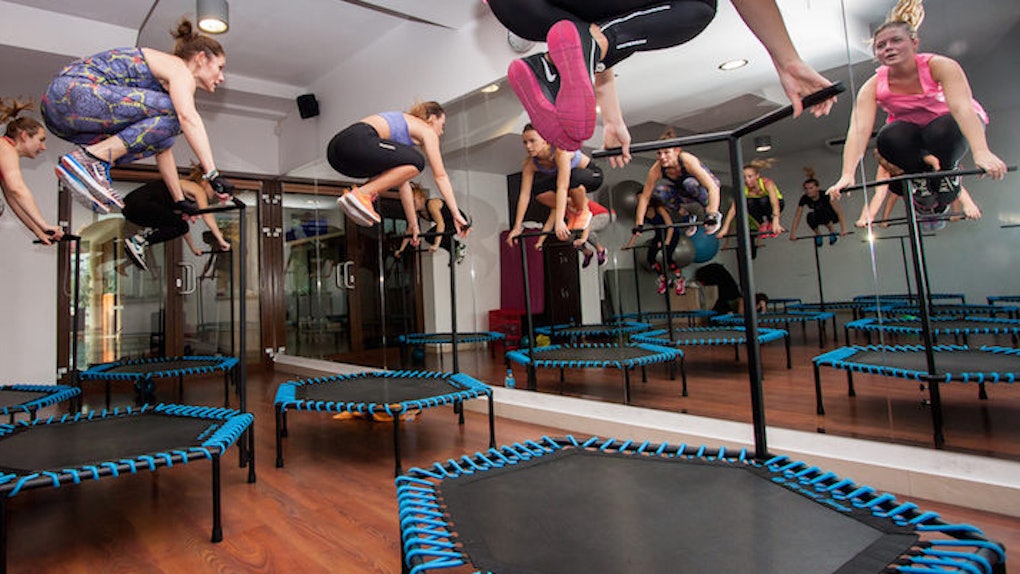 Why Trampolining Is The Best Way To Tone Your Body

In a 1980 report published for NASA in the Journal of Applied Physiology, it was discovered the use of trampoline assisted with better distribution of pressure between the ankles, back and forehead in comparison to more traditional workout methods such as running exercises.

It also claimed a 10-minute session on a trampoline is equivalent to a half an hour run, and on top of that, it's also 68 percent more effective.

Though this study is from almost 40 years ago, trampolining is still a great way to get in a full-body workout, and there are plenty of indoor trampoline classes that can totally transform your fitness routine.

If you still want to know why you should try out this alternative exercise, here are four reasons you should experiment with trampolining:

1. It's good for every part of your body.

Trampolining helps with the usual things exercise is geared toward achieving such as weight loss, toning muscles, improving cardiovascular fitness and increasing metabolism. But, it is also said to even help with cellulite.

According to Huffington Post, studies have shown a 26 percent decrease in cellulites though rebounding. How many exercises can have that bold claim?

2. It won't tire you out immediately.

Unlike traditional workouts, if you ever feel tired while bouncing, you can simply change the way you jump. Not only does this combat fatigue and keep your heart rate up, but it also gives you a workout in a different targeted area.

No matter how old or young you are, everyone can enjoy themselves while trampolining. It's so fun, it probably won't even feel like you're exercising in the traditional sense.

It is impossible to not have a huge grin plastered on your face as you jump for joy (literally), which is a huge contrast to the pained face of the average jogger.

Some of you may still feel hesitant to take that first plunge because of all those viral videos of insane trampolining accidents.

But experts say as long as you follow instructions and guidelines, bouncing is actually very safe, especially if an enclosure is used. Not to mention, top manufacturers have spent significant time, money and effort into inventing various new safety measures.

So what are you waiting for? Just hop on! You will be bouncing and trying tricks in no time. (Just be sure to stick to the more tame ones for your first few attempts.)