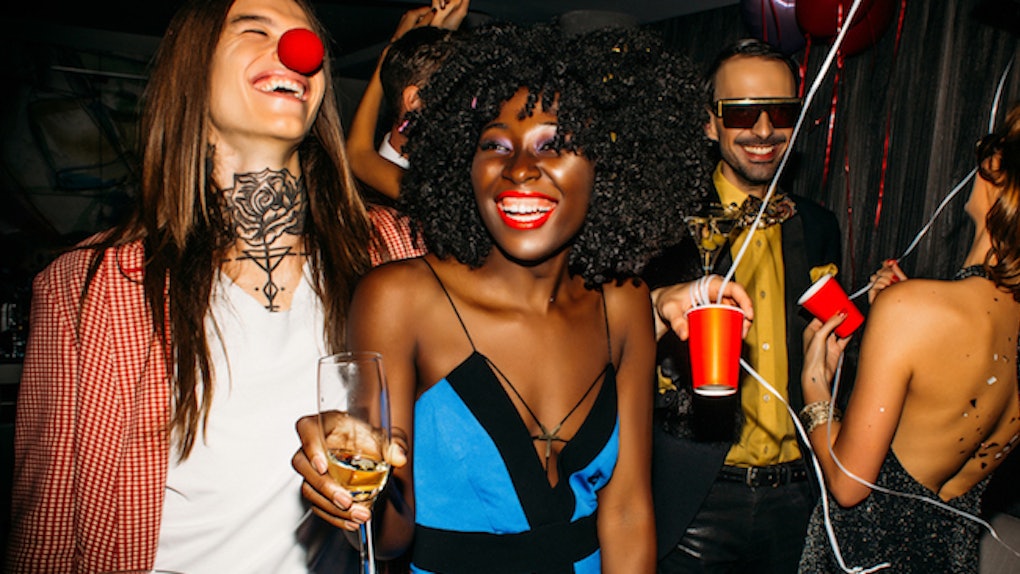 Is Drinking On The Weekend Bad For My Weekdays?

Remember when your mother said all of your actions have consequences?

Next time, you should probably just suck it up and listen to her.

Why? Well, it turns out that your actions on Saturday night can, and most likely will, affect you on Monday morning.

Yes, you have Sunday to recuperate, but that's not quite how the body works, love-bug.

Even if you're not necessarily addicted to the substances you're using, your cognitive function may still be affected days after the fact.

According to the study, which was published in the journal Addiction, those who regularly engage in frequent binge drinking (defined as four or more drinks in one day for women and five or more drinks in a day for men) and drug use (cocaine, in particular) score much lower in terms of their executive functioning.

FYI, executive functioning, refers to the mental skills that help you accomplish simple tasks, like grocery shopping, making to-do lists, and typing on your computer.

This functioning is controlled by your frontal lobe, which helps you pay attention, manage time, switch focus, plan and organize, and so much more.

When your frontal lobe isn't working at its highest potential, you lack the ability to work or go to school, maintain relationships, and do things independently.

It's pretty wild to think that your fuzzy brain during the work week could be traced back to the not-so-great decisions you may have made over the weekend.

The thing is, though, alcohol impairs executive cognitive functioning much longer than you'd expect.

In another study published in Alcoholism: Clinical & Experimental Research, the findings show that, even when you're sobering up, you still have cognitive impairments.

Robert O. Pihl, author of that study and professor of psychology and psychiatry at McGill University, told EurekAlert! Science News,

People who think they've waited their two hours before driving home may need to actually wait six hours. Or else, maybe at the time when you least expect it, you're the most vulnerable.

Personally, I'd say if you're going to drink during a night out, it's probably best not to get behind the wheel at all, rather than take your chances by playing the waiting game.

But when it comes to indulging in a little fun on the weekends when you're not the designated driver, you don't necessarily need to stay completely sober Saturday and Sunday to protect your productivity the following week.

As with most things in life, moderation is key.