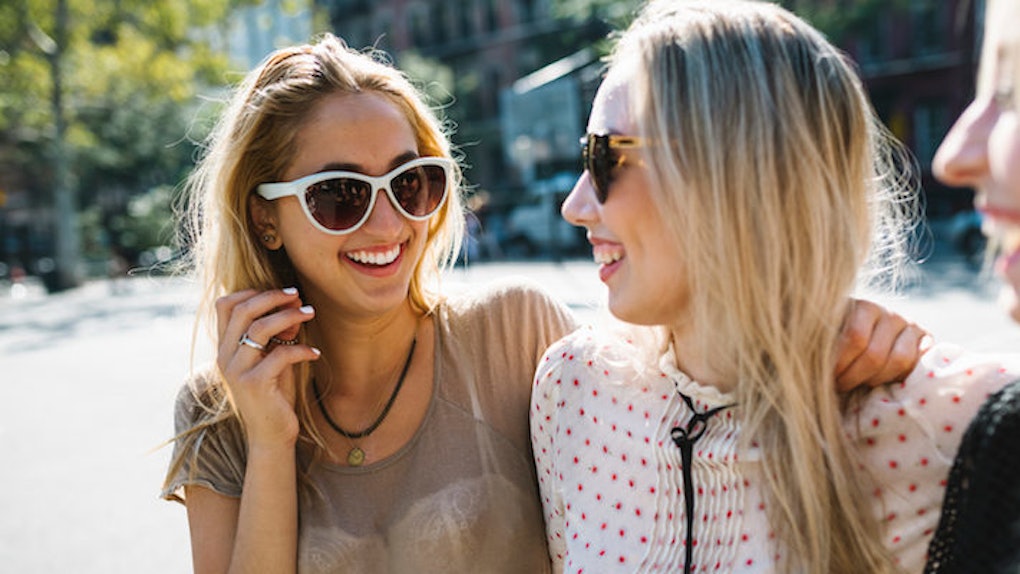 When the clock struck midnight on December 31, 2014, you had some big dreams for what you would achieve in 2015.

Well, 2016 is quickly approaching and you're pretty sure you gave up on those resolutions about two weeks into 2015. Actually, you gained five pounds. Oof.

The problem with New Year's resolutions is oftentimes people don't set a quantifiable goal for what they want to achieve in the coming year.

A goal like "lose weight" is too vague -- you need to have a specific number and plan in mind to actually get what you want.

Other times, it's because your goal is way too big. Meditating for two hours every day might have sounded realistic when you made the plan, but come on. Who has time for that?

In order to help you avoid making the same mistakes in 2016, here are 17 resolutions that are actually doable.

Do yoga once a week.

Whether it's a 30-minute YouTube video or an hour-long class at your local studio, getting your downward dog on isn't too much to ask when it comes to taking care of your mind, body and soul.

It's 15 minutes, not two hours. And it can make a huge difference in your morning routine.

Pack your lunch twice a week.

We know the salad joint near your office is healthy and delicious, but it's costing you ten bucks every day. Making your salad at home twice a week isn't much work, and it's a lot less expensive.

Hold a plank for one minute, three days a week.

Plank pose does wonders for your core, back and overall strength. It's tough, but it's three minutes in your entire week. You've got this!

Skip one restaurant outing a week.

If you're in the habit of dining out four nights a week, cut it down to three. You'll save yourself calories and money.

So meditating for two hours a day wasn't realistic, but downloading a free meditation app is. A lot of the apps out there have options for meditating for a few minutes at a time -- and you can handle that.

Escort electronics out of your bedroom an hour before bedtime.

Bring a book in instead. Trust us, you'll sleep a lot better.

Get a latte twice a week instead of every day.

That thing is costing you like $4.25, right? Brewing your coffee at home most days will leave a nice chunk of change in your pocket by the end of the year.

Take a 20-minute walk every day.

It's not running a marathon, and it'll get you moving and make you happier. Maybe it means watching one less episode of "Friends" on Netflix every night, Rachel and Joey will understand.

Pick five things that scare you and do all of them.

The saying "do one thing every day that scares you" is pretty overwhelming. Try picking five things that scare you and set out to accomplish them throughout the year, whether it's trying out a dating app or going skydiving.

Carve out a "power hour" every week.

You know those nagging tasks that never seem to get done, like cleaning out your junk drawer or sweeping the floor? Carve out an hour every week to tackle them. You'll get a lot done and won't have to worry about them for the rest of the week.

Dedicate two hours every week to YOU.

And no, scrolling through your Instagram feed doesn't count. Spend two hours every week doing something you truly love, whether it's painting, reading a book or going for a long run. No technology allowed.

Finish something you started in 2015.

Maybe you half-started a blog in 2015 but never got around to finishing it. You have a head start, so make sure it actually gets done this year.

Make a phone call every week to someone you love.

Connections with others make us happy, and it can be hard to keep in touch with your best friend who lives across the country or your grandma who has a hard time hearing. So every week, make a call to someone you love. It'll make you (and the person you're calling) super happy.

Don't swear off sugar, salt and alcohol. It'll be so damn hard you'll give up immediately. Instead, pick one thing.

If you've noticed you have a bad habit of eating a bag of chips every day after work, just give that up. You may be surprised by what a difference it makes.

We know, a tan is nice. But skin cancer and wrinkles are not. Wear sunscreen this year!

Incorporate a little more water into your day.

You don't need to start downing 16 glasses a day. Maybe just start drinking a cup of tea or a glass of water when you wake up. Hydrate, people.