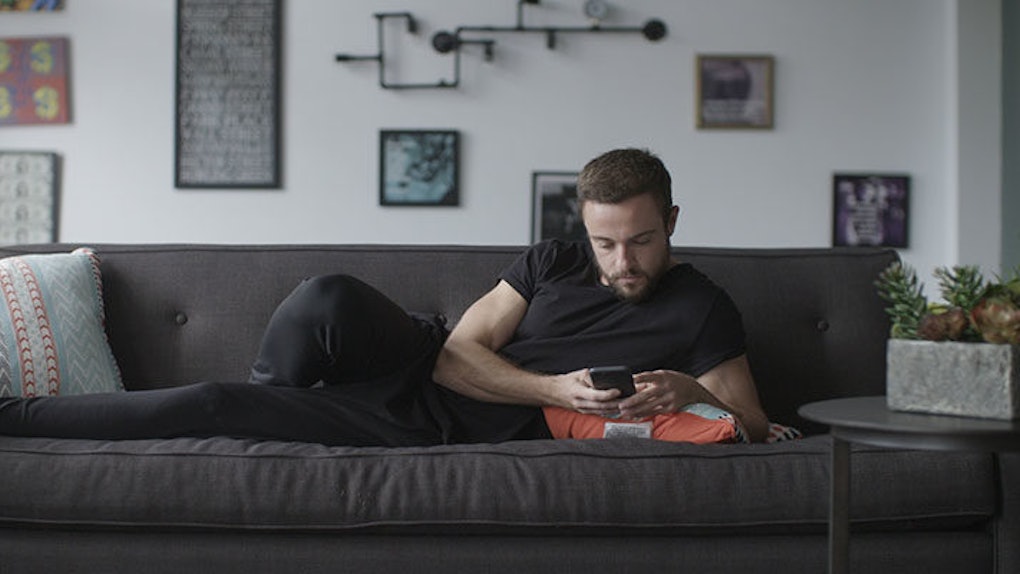 There's Now Proof We Literally Can't Survive Without Our Phones

Last night, I got home from work and realized I left my phone charger in the office. Inevitably, my phone died at 7 pm because my battery sucks. I was left phoneless for over 12 hours.

It wasn't that bad because I had a computer and an iPad to use, but I was legitimately bummed I couldn't snap quick pictures of all the food I cooked that night for my Instagram.

If I didn't have my other devices, I don't know what I would have done all night. My phone is also the remote to my TV. I wouldn't have been able to talk to my friends or browse Facebook and other stuff before bed.

Despite not being able to use my phone, I was still able to FaceTime with a friend on my computer. Technology is so great.

But here's the thing: We, as a generation, need to be more honest about going overboard with smartphone usage. According to this Bank of America study released this morning, Millennials rely way more on smartphones than other generations.

The survey explored the mobile behaviors and trends of over 1,000 adult consumers in major cities all over the US. According to the study, Millennials interact with their smartphones more than literally anything else in their immediate environment, including their significant others, family and co-workers. Does that sound like you? Be honest.

But no one, not even other generations, would admit they interacted with their smartphones that much. In fact, most people think they're really good about not using their devices at inappropriate times, but think that other people aren't as polite.

Less than one in five participants thought they were on their phones too much. And only 10 percent thought they were tuned out to their environments when on their smartphones, when we all know looking at a screen draws your attention away from literally everything else going on. That's real denial right there. The rest of the study proved we are on our phones way more than we think.

And when it comes to attachment issues, Millennials are most likely to feel heightened anxiety, boredom and FOMO when they don't have access to their smartphones. I won't lie: If I hadn't had my computer last night, I probably would have felt a little anxious. Having the constant ability to communicate with the outside world definitely puts my mind at ease.

The study also pointed out the capabilities of our smartphones eliminate the need to have human interactions when ordering food, booking travel, shopping, scheduling appointments and getting directions.

The study also covers the harsh reality of the relationship between communicating with screens and self-confidence. Fifty-five percent of the participants said they have a mobile persona that's different than their IRL persona. Millennials reported they are more likely to be sassy, cynical, funnier and more confident online than in person.

Think about that. Being able to hide behind your phone totally affects how you portray yourself to people you communicate with digitally. By relying on our smartphones so much, we're basically living two lives. No wonder constant connection makes us feel drained.

Another truth this study brought up that we must face is that people — 44 percent, to be exact — use their phones to escape social situations like dates, family events and holiday gatherings. Why do we feel like we need to escape? Living in the moment is literally impossible with a smartphone in hand.

This study is just one of the many examples that smartphones affect the way we interact with other people more than we think. With every new development for our smartphones, we come to rely on them more and more.

Maybe it's not terrible that smartphones help us conveniently connect and communicate with the people who are most important in life. But it's truly eye-opening to see how such a small device can change someone's personality and confidence so much. I hope we can at least stop lying to ourselves about the level of dependence we have on our smartphones.