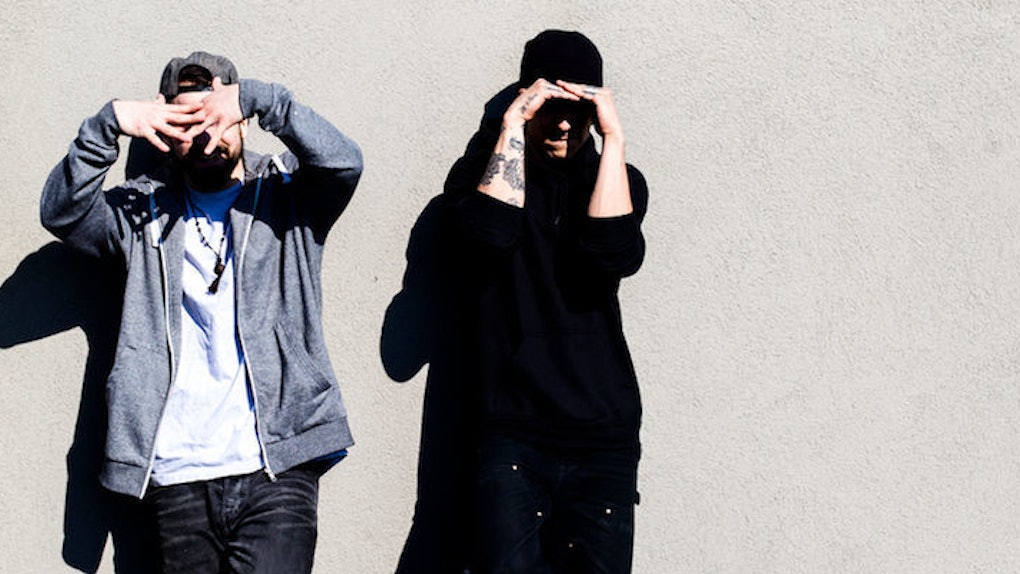 How To Tell If You're Having A Panic Attack

It was Monday morning in New York City.

It wasn't even 7:30 am yet and the day's humidity was scolding. Even though I was freshly showered, I was sweating after waiting 10 minutes for the subway.

Like every other day of the work week, I was hugging my coffee cup with my sunglasses on, aching with exhaustion from the weekend and getting more and more annoyed the further I was pushed into the middle of the subway car.

It was a sardine train -- a common term for New Yorkers, when there is clearly no space left for anyone, yet people keep pushing, shoving and squeezing their way in. It's one of the worst things about this city. You start your day being frustrated with at least five strangers whose sweaty bodies are touching you.

At least I had my coffee and my music. I turned my music all the way up and chugged my coffee, hoping by the time I got to work I'd finally be awake.

Ugh, get me off this train.

As the thoughts cascaded, I finished my coffee and clenched my purse, getting ready to shuffle out with the crowds at my stop.

Get me off this train.

I could see the platform of Union Square outside the door, with the absent faces of other commuters staring back at me.

Sometimes the doors just need a second or two. Open, open. WTF. Why aren't they opening?

I prepared for them to open and for the crowds to spill out, but they didn't. The announcement came on, apologizing for the delay.

Get me off this train. Open, open. WTF.

My heart started beating weirdly, it felt like a heavy blob inside my chest. A throbbing heat began to creep its way from my lower back up to my neck, and eventually into my face.

My head felt full of air and everything started to fade into the same pale, whitish color.

I took some deep yoga breaths.

My hands begin to shake. I closed my eyes, trying to erase my mind of all the worst-case scenarios that could happen if the doors didn't open.

I was going to pass out. And if that happened, there was nowhere to sit or fall down.

I looked to the people around me for the most honest looking face, whose shirt I could grab in my ensuing panic and ask them to help me. I needed sugar. I needed water. I couldn't breathe.

It's just the heat and caffeine. You're fine. You'll be fine. Breathe.

My body felt like it was on fire. OMG, what if this train catches fire?

I grabbed my chest, as if I could calm it.

My anxiety felt the same as the kind someone probably feels when they're about to jump off a super high cliff. When you do that, your adrenaline keeps building and building and it eventually goes away when you jump. But here, until those asshole doors opened, I just felt like I was going to die.

The pressure in my chest hurt. It felt like I was going to explode.

I'd never had a panic attack before. But once upstairs on the street, free from that damn subway, as I grabbed my chest and cried behind my sunglasses, panting, I knew that's exactly what had happened.

Even after a co-worker had given me a Xanax and I was fine again, it was still the worst Monday morning of my life. For the next day and a half my whole body ached.

Friends and family have talked about panic attacks before, and I always scoffed at them a little bit. Just relax and breathe and find your inner happy place. Like, duh.

I always wondered how they could be so weak and so dramatic about stupid stuff. That would never happen to me, I remember saying to myself.

Your mind and body completely turn on you, and you have no control in stopping them. All you can do is wait.