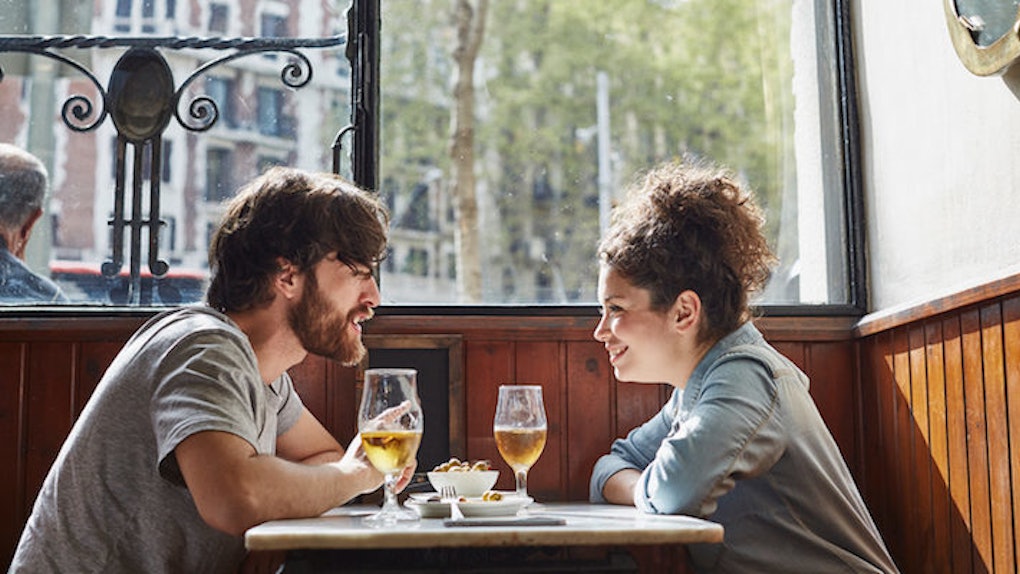 There's One Really Simple Thing You Can Do To Lose Weight

If you spent the first month of 2016 desperately counting calories and sipping green tea in an effort to rev up your metabolism, pause for a minute. There's a better way.

According to new research published in the Journal of the Academy of Nutrition and Dietetics, your habit of dining out regularly isn't just doing damage to your bank account. It's also making you gain weight.

The study examined the calories in entrées at 123 non-chain restaurants in Boston, Massachusetts, San Francisco, California and Little Rock, Arkansas between 2011 and 2014. On average, each entrée had a whopping 1,200 calories, with Italian restaurants as the biggest offenders; their dishes averaged 1,556 calories per entrée.

Between huge portion sizes and mysterious (and delicious) high-calorie sauces and salad dressings, it's not exactly a surprise eating out regularly isn't great for your waistline. And when you throw a bottle of wine into the mix, it's easy to go over the US Food and Drug Administration's daily recommended 2,000-calorie maximum in a single meal.

So yeah, cooking at home is probably the way to go if you want to lose weight, which may not be easy, considering Americans officially spend more money on eating out than on groceries, according to a 2015 report.

Need some inspiration for cooking at home? Try these super easy recipes with seven or fewer ingredients.

Citations: Energy Contents of Frequently Ordered Restaurant Meals and Comparison with Human Energy Requirements and US Department of Agriculture Database Information: A Multisite Randomized Study (Journal of the Academy of Nutrition and Dietetics), The easiest thing you can do to lose weight: avoid restaurants at all costs (Vox), Americans' Spending on Dining Out Just Overtook Grocery Sales for the First Time Ever (Bloomberg)