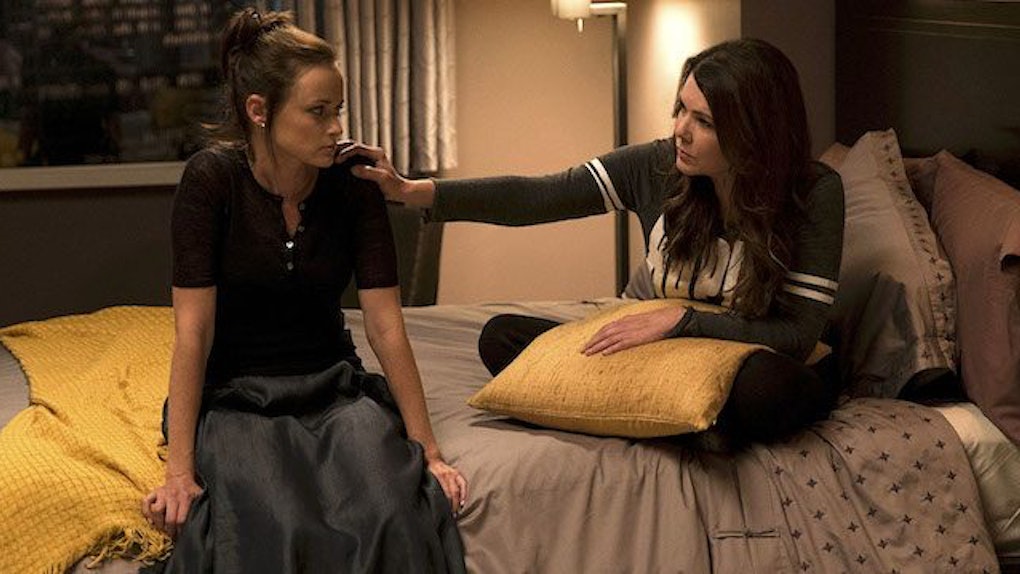 Lies Our Parents Told Us That We Still Believe Today

There are a lot of things I wish I could go back and teach myself as a kid, now that I'm a solid number of years into my adulthood.

I can say pretty confidently that I'm going about life all right, but there was a web of lies I had to untangle to get to this point.

At first, I didn't even notice I was tied the fuck up because most of the people in our society still believe in these lies.

We teach them to our children and to our children's children, and we rarely stop to say, "Wait, do I believe this, or is this just something I was told?"

So, here are a few of the lies my parents told me (that their parents told them) and that we all need to erase from the sands of time:

If I lived by the doctrine "never give up," I'd still be trying to bang that guy from high school who was bragging about "getting his own place," which turned out to be his parents' garage.

There are times in life when giving up is necessary.

When the path before you is leading to a dead end, go ahead and give up.

2. Put others' needs before your own.

You crazy for this one, Mom and Dad. This is the reason I spent half my life working harder on other people's problems than I did on my own.

It's also the reason I embarrassingly called myself an "empath" like I had the metaphysical gifts of the X-Men, when what I really had was codependency.

Let's go over just a few of the massively successful people that dropped out of school: Aretha Franklin, Quentin Tarantino, George Foreman and Bill Gates are just a few off the top of my head.

School is fine, and I won't say it's terrible. But, it's not for everyone.

Some people are meant to stand out and to learn things as they go along.

School, while it educates us, also taught most of us to try to fit in, and that can be a horrible block to progress.

Unless, of course, you are prescribed those drugs at a young age so you can pass the standardized tests that your teachers' jobs depend on.

I just got a baby tooth pulled in my 30s because I was prescribed Ritalin when I was really young, and my bones and teeth didn't develop right.

Also, every drug I was told not to do turned out to be a fucking great time.

Full disclosure, though: I did become addicted to drugs and alcohol, which is a bummer, and had to get sober in my 20s.

But, I still advocate for experimentation with drugs. They were a part of my journey, and I honor them as I would a martial arts teacher.

There are so many things you should say, "no" to.

Going on a date with that guy you don't like, partying late when you feel like staying in and working too hard for a boss who doesn't acknowledge your worth are just a few of them.

So, when someone says "no," just fucking listen to them.

6. You're perfect just the way you are.

You have flaws and faults, and you're better off acknowledging them.

In fact, the more you acknowledge your faults, the more skilled you will be at taking responsibility for your fucked-up actions as a result of having a fucked-up personality.

You are not a special snowflake unicorn.

Your suffering, however uncomfortable, has been around for centuries, and this leads me to a very uplifting truth: You are never alone.