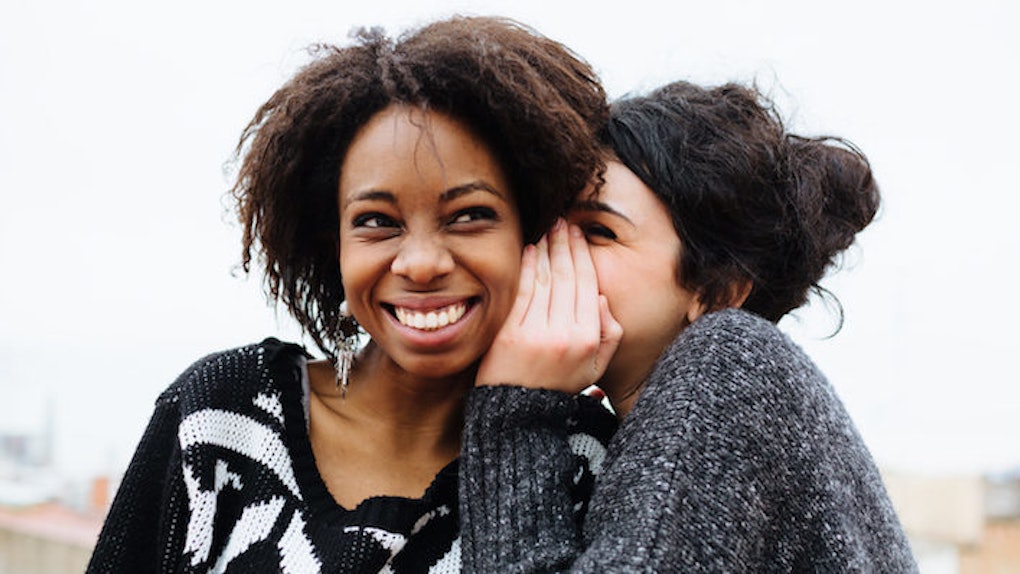 What do you lie about?

Before you tell me you never lie, I'll stop you right there. You just lied.

Now that we've gotten that out of the way, let's talk about what you lie about.

I, for one, have lied about a lot of things. In past relationships, I often pretended my relationship was better than it was when my friends (or social media) asked. When I reflected on it, I found lying about it helped me convince myself, even for just a few minutes, I was in a happier relationship than I actually was.

I've also lied about how much I eat. As a health writer, I'm supposed to be living on kale and kombucha, right? Well, guess what? I eat ice cream. I drink beer and I sometimes eat when I'm not hungry at all.

But when people come to me asking for advice about what they can eat for more energy or how they can lose weight, do you think I fess up to this? Hell no.

I've also lied about spending money. Although I've gotten better over the past few years, I used to be a bit of a shopaholic with a taste that was way too expensive for a 23-year-old Editorial Assistant living in Manhattan. So I pretended I got things on sale when I didn't or I told people I was "really saving in other ways" when they asked.

Now that I've admitted to the things I once (and sometimes still do) lie about, you may feel a bit more comfortable thinking about your own lies and wondering why you lie about them.

Good, because getting to the bottom of why you lie about things can help you learn a lot about yourself.

Lying about something could mean your values and actions aren't lining up.

If you tell people you're living off of spinach and almonds when you're really eating Big Macs and cheese fries, you're not a terrible person. You just understand how valuable your health is, but you're a sucker for a box of Cheez-Its.

Hey, we've all been there. Don't be too hard on yourself. Still, if you value what you put in your body (as you should), try addressing this lie head-on and then figuring out how to make small changes.

Don't know how to address the lie?

Gretchen Rubin, author of "The Happiness Project" and "Better Than Before," discusses this very subject in a blog post,

One way to attack a hidden bad habit -- secret smoking, secret shopping, secret monitoring of an ex-sweetheart on Facebook -- is to force it out into public view.

I know, I know. It sounds horrible. But once you get over the hump of admitting you stalk your ex of three years ago on Facebook on a daily basis, you can reflect on why you do this.

Is it because you're not over him or her? Are you just bored and don't have much going on?

From there, you can start making changes. Logically, you know stalking an ex on social media will only slow the process of getting over him or her and signals to the world you're not nearly as over it as you should be, which is why you pretend you don't do it.

Not only will admitting you do it probably be met with a chorus of "Oh, I do that, too!" from your understanding friends, but it may nudge you in the right direction.

Lying could also reflect your passions.

Lying isn't always about doing something "bad" that doesn't line up with your system of values.

Sometimes, our lies reflect a passion -- and the lie is what's holding us back.

Not to use myself as an example again (Come on, though, what other experience do I have to draw from?), but I used to lie about my passion for writing.

While my friends loved spending their post-school hours watching TV, there was nothing I loved more than hunkering down with my parents' huge '90s era PC and writing stories.

Sadly, I was embarrassed about that habit for years. Writing wasn't cool. So I lied and pretended that I, too, was extremely engrossed in the world of TV, makeup and malls (OK, 29-year-old me loves both of those things).

However, once I got over it and admitted to my love of creative writing a million doors opened. A decade later, I've made a career out of it.

I hope you're already reflecting on your lies and getting ready to make some big changes. Good luck!