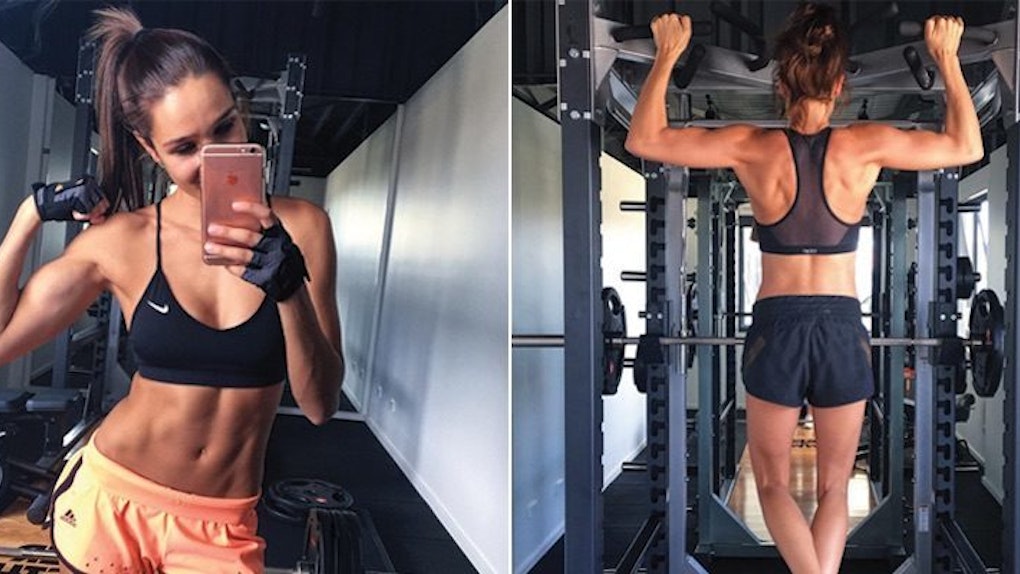 If your New Year's resolution was to get fit or lose weight, you're not alone.

Over 30 percent of people make these resolutions, but most Americans give them up within the first week -- which could have something to do with not having an actual action plan for shedding those extra five (or 20) pounds.

We want you to succeed this year, which is why we decided to get some advice from Kayla Itsines, a 24-year-old personal trainer from Australia who rose to fame thanks to Instagram -- she has 4.2 million followers! -- and her super effective Bikini Body Guide.

In honor of her new app Sweat With Kayla, Itsines stopped by the Elite Daily office in New York City to talk health, fitness and more.

As a huge advocate of helping women feel strong, fit and confident in their bodies, Itsines is full of valuable advice.

Here's what we learned.

When you only have 10 minutes to work out, use it.

Between cold weather, school and work being back in full swing, we get January is a tough month for health and fitness.

But before you use lack of time or freezing temperatures as an excuse, Itsines' workouts can be done in seven-minute increments at home.

And come on, you know you have seven minutes.

Forget weighing yourself, especially if you've never worked out.

This is the most awesome news we've heard in a while. Itsines isn't too crazy about bathroom scales, and she definitely doesn't recommend them to people who are new to the health and fitness world.

Instead of obsessing over a number, obsess over finding an awesome workout buddy.

BRB, throwing out our bathroom scale.

If you have wanderlust, don't let that get in the way of your health and fitness.

Travel and vacations can be one of the biggest roadblocks in keeping up with your health and fitness routine.

While Itsines certainly recommends having a great time on vacation, she has a few suggestions for staying a little healthier while traveling.

In addition to her suggestion in the video above (that people put on workout clothes to set themselves up for success), she adds,

Take the stairs, walk and embrace the healthy foods you have around you. Don't over-indulge in things you normally wouldn't. Just because something is there it doesn't necessarily mean you have to have it. But in saying that, if you want something there really badly, go for it. Don't go over the top, but look after yourself.

As for her own routine...

She doesn't have one.

The only thing that's really 100 percent set in place is I wake up at 5 every day, take a shower, eat breakfast and then go to boot camp class, and that's standard for me. Everything else after that is... everywhere. I'm not a creature of habit, but I make sure I always have carbs and protein in my meals. I don't cut out anything. I have pasta, I have rice, I have fruit. I have dairy.

Sounds easy enough to us. Except for the whole 5 am thing.

On an unrelated note, she's obsessed with her dogs.

When we asked her what she can't live without, she obviously thought of her boyfriend Tobi. And her pooches.

I can't live without my dogs. And Tobi.

She added with a laugh,

I mean, Tobi first! And then my dogs.

We get it, Kayla. We really do.