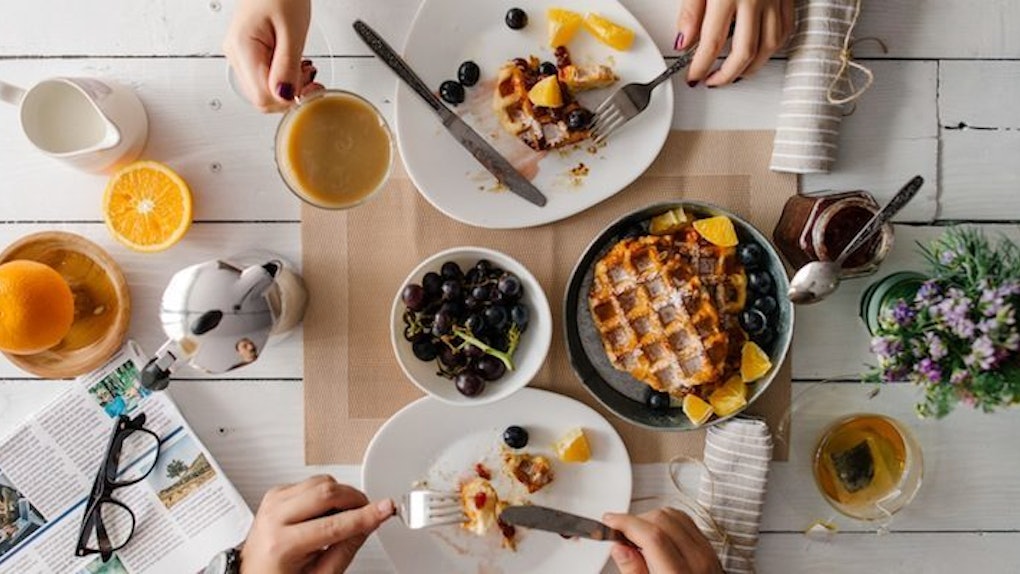 At the end of January, I found myself feeling sluggish, kind of fat and a little poor.

To be clear, I wasn't really any of those things. But, I'd had a great time with sugar in December (as one should), and I hadn't really slowed down in January.

And, after four consecutive nights of dinner and drinks out with friends, I didn't love how my stomach or bank account were looking.

So I decided to cut out restaurants for a month.

I don't just mean turning down dinner invitations here and there. I mean for a full month I decided to only eat food I bought at a grocery store and prepared myself -- no lunchtime trips to the local deli, no Seamless orders or pizza pit stops.

Like most plans I make, this seemed pretty doable when I made it. What was a month without restaurants? People do it all the time!

In the beginning, it was kind of fun, as most new projects are. Without having the option to go out to dinner, I was coming up with creative and fun meal plans, inviting friends over for dinner and semi-snobbishly declining all invitations.

I'd say something along the lines of,

Oh, this weekend? Sorry, I can't eat at a restaurant until March. Sounds like a good time, though!

But by week two, my no-restaurant plan was getting tough. When my boyfriend asked what we were doing for Valentine's Day, I had to miserably break the news we were going to have slave over our own meal.

A week later, I was out at happy hour with friends, and someone suggested we all get sushi. I had to hang my head and march sadly home to drunkenly toast a tiny, stale ciabatta roll while thinking about how much better a spicy tuna roll would taste.

By the end of February, I was sadly Googling restaurant reviews and sending them to everyone I knew, asking if they wanted to go there with me in March.

It wasn't the food I was missing, I realized -- in fact, I felt a whole lot better eating whole wheat bread with hummus (yes, this was my sad dinner at least five times) than a slice of pizza -- it was the social aspect of eating I missed.

But, now that I'm at the end of my miserable month, here's how skipping restaurants changed my life for the better.

It's worth noting it wasn't all bad. First of all, I cooked some really delicious meals, like this one...

As expected, I did save a good chunk of money -- about $400, to be exact! -- and lost an insignificant amount of weight (a measly 2 pounds).

What thrilled me most about my challenge, however, was how I felt. Restaurants are fun and delicious, but the portions are huge and the food is often made with mysterious ingredients, tons of oil and way too much salt.

The combination is a recipe for stomach bloat and sluggishness.

During my month without any kind of restaurant food, I had way more energy and exactly zero stomachaches. And this is coming from someone who constantly complains about her nauseous, upset stomach.

So, would I do it again? Not anytime soon. But the next time I want to save a few bucks, drop a few pounds and feel a million times better? Absolutely.