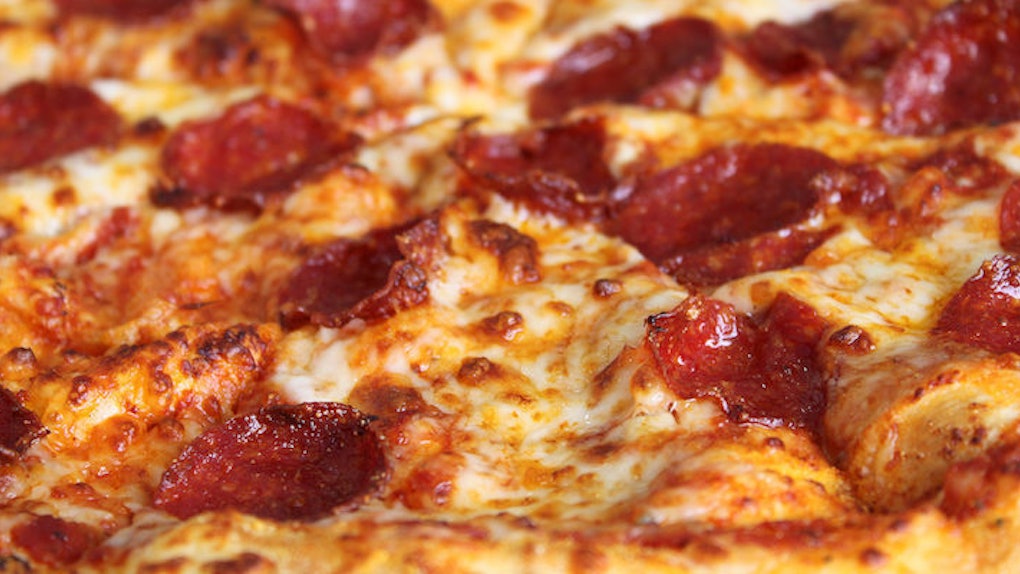 Not that I understand why you'd want to do this, but here is a trick to make yourself eat less pizza.

A bunch of dumb, stupid science monsters, who clearly don't understand the concept of pizza, published a study in the Journal of the Association for Consumer Research claiming they figured out a way for you to scarf down fewer saucy slices of delicious za.

According to this betrayal study, you can actually trick your brain into thinking slices are bigger by eating pizza on a larger table. Thus, you'll eat less pizza when it's served on a big table compared to when you eat pies off a smaller table.

UHHHH. No, thank you. I'm going to continue eating pizza off old Pogs and Hanukkah gelt I find in my room.

For the study, researchers took four pies of the same size and either sliced them into 16ths or eighths (i.e. small and regular slices) and placed them on small or large tables.

What the researchers found was interesting. On small tables, subjects were convinced the pizza was smaller, so they ate twice as many slices to get to what they viewed the normal amount to be.

On the reverse side, people eating at larger tables thought smaller slices were closer to regular-sized slices and, thus, ate less pizza.