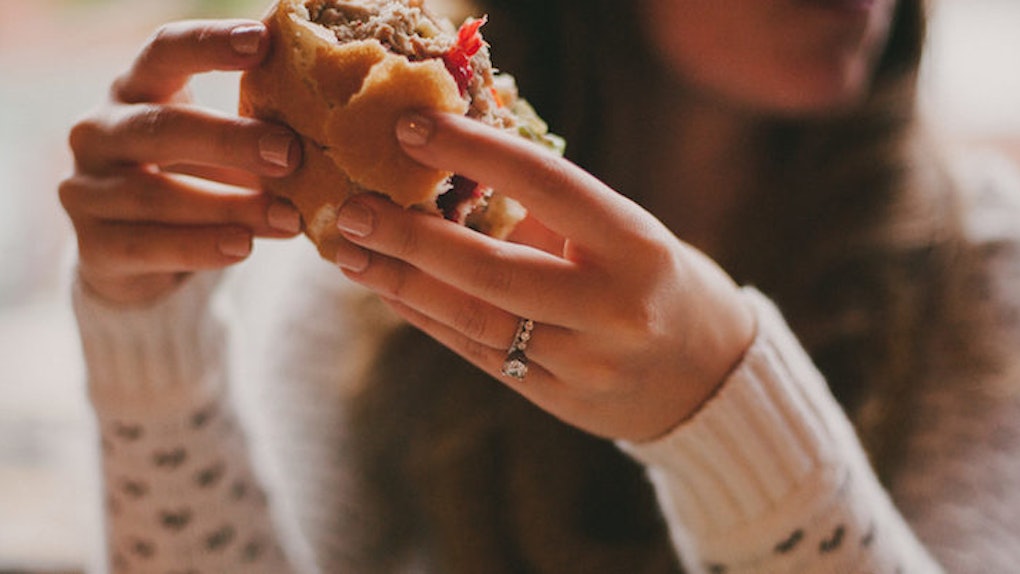 4 Reasons 'Everything In Moderation' Doesn't Mean You're Healthy

It feels right because it promotes the idea of a balanced approach to nutrition in a nice, neat, simple saying.

But does it help us or hurt us?

Let’s look at the term "moderation," which is defined as restraint, avoidance of extremes or excesses or temperance.

Is this really how most people act out moderation with nutrition?

It’s been more than a week since this person has had that donut, so those wings and beers a week later “feels” like moderation.

When you're eating something from the same category of unhealthy foods once a day, it’s not a treat.

Your body is built on your habits. Having any type of junk food once a day isn’t moderation: It’s a lifestyle.

There’s this relatively modern concept of “superfoods,” but there’s really no such thing. For most of human history, food was just food. There have been no newly discovered foods that act like nutritional superheroes in our bodies.

Yes, kale is healthy, but it is healthy in the standard ways our bodies expect.

It's always been healthy. It hasn’t become “kale the superfood” in the past decade.

Healthy food should be our normal. It’s not super. It is what is expected.

On the junk food side of things, there are countless new (and sometimes very distorted) freaky foods that act like “super-villains” in our bodies.

There are no superheroes in the world of food.

Everything in the ”healthy” category is normal.

In the ”unhealthy” category, however, most foods have significant, powerful, deleterious effects that are not solved simply by eating healthy food at the next meal.

The major problem is there are all kinds of weird “food” products (they might be edible, but they aren’t really food) with harmful chemicals, sugars and fats that can disrupt your physiology.

The resulting dietary imbalance rapidly generates inflammation and a kind of hormonal static that can take weeks or months to clear.

If you eat healthy most of the day and have a treat each day, you’re actually creating an imbalance.

This leads to another problem:

I’ve Been Good, Now I Can Be Bad

When you feel like a saint, the idea of self-indulgence doesn’t feel wrong.

“Moral licensing” is a dangerous phenomenon.

It means you’re more likely to trust your impulses, which often means giving yourself permission to do something bad.

If you tell yourself you’re “good” when you eat healthfully and “bad” when you don’t, you’re more likely to eat junk tomorrow if you ate good food today.

We need to stop judging our morals based on our food choices. It destroys our ability to have a healthy relationship with food.

If you eat more healthy food, you are getting healthy. You are neither a good nor a bad person.

It's Not Just You

I've learned too much about how the brain and body work and coached too many people over the years to accept “everything in moderation” as a workable concept.

Like any overly simplistic attempt to reduce a complex aspect of human physiology to a simple rule, it just does not work for the majority of people.

The continued belief in outdated, ill-conceived concepts like this one results in massive psychological damage to people struggling to find health.

If it’s so simple -- yet elusive for you -- there must be something wrong with you.

Your lack of progress can get internalized as a personal flaw, when it is really a conceptual flaw arising from simplifying something that just isn’t that simple.

What it all boils down to is this: We need copious amounts of healthy food and a small amount of food with little to no value.

Moderation as it is commonly used will result in moderately unhealthy people instead of thriving people.

Each day, we walk through a world that presents us with dozens (or even hundreds) of temptations and visual triggers for junk foods.

We can’t escape seeing them, and the constant visual stimuli can weaken our resolve.

If we only eat an unhealthy food once instead of the other 99 times we come across it every day, it may “feel” like moderation, but your physiology works the way it works.

Consuming junk food daily -- which is not moderate, by definition -- erodes health and counteracts many of the other healthy choices (like exercising) you may be making on a regular basis.

This is a guest post written by Jonathan Ross. It originally appeared on ACEFitness.org.

Named the 2010 IDEA Personal Trainer Of The Year, Ross serves as ACE senior consultant for personal training. The views expressed in this article are his and his alone.