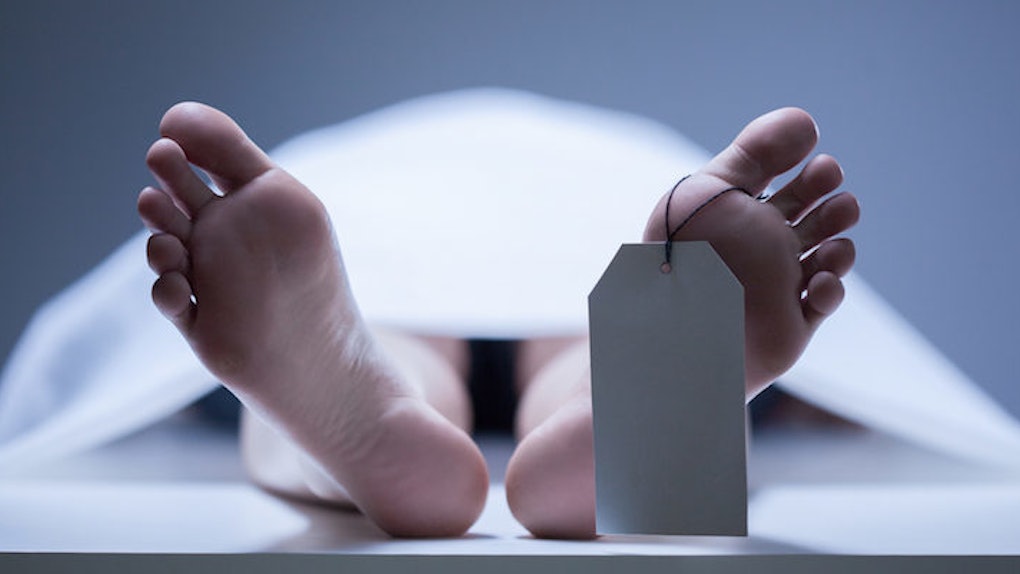 You've heard obesity is bad, but have you actually seen the effects it has on the body?

Probably not. Luckily, you'll have your chance to be scared away from eating fast food forever by watching the groundbreaking BBC documentary, "Obesity: The Post Mortem."

The documentary takes us inside the body of a woman who died at age 60 and weighed 238 pounds at just 5 feet and 5 inches. She was originally from Long Beach, California and had donated her body to science.

There have been thousands of studies on how awful excess fat is for your health and organs, yet the doctors who performed the autopsy were still surprised by what they saw in this woman's body.

It's impossible not to think about the state of your own organs after seeing what obesity can do to the body up close and personal.

The doctors discovered this woman's organs, particularly her liver, were in terrible shape, which surprised them because she wasn't a heavy drinker at all.

When cutting through the fat, Valentine said it "felt like butter with a mesh going through it." Yum.

And as she cut through a section of fat on the woman's stomach, she said, “I needed a lot more strength to cut through the tissue, which kind of bloomed out in neon yellow.”

We know obesity is linked directly to heart disease, but have you ever thought about what an obese person's heart looks and feels like? According to the doctors, this woman's heart wasn't the steak-like, tight and hard muscle it's supposed to be.

They said her heart felt "more like a bag." It had grown to a very large size with thin walls. When the heart maxes out the size it can grow, it exhausts itself.

The woman's liver had become dangerously soft due to fat. Even though the liver is supposed to be soft, hers wasn't as "meaty" as it was supposed to be, and it suffered considerable damage due to her bad exercise and eating habits.

Excess fat makes your organs work harder, and the harder the work, the more likely they are to fail on you sooner. This woman died of heart failure at age 60, and that's not that old at all.

Look, we can make all the excuses about excess weight on our bodies that we want, but at the end of the day, there's no hiding the damage obesity can cause beneath the skin. Just because we don't physically see it doesn't mean it's not there.

Fat isn't bad for you; the body is supposed to store it for energy. It only becomes a problem when your body runs out of places to store it.

And even if you have excess fat to the point where your organs are struggling, you can still make changes in your life to reverse the damage. Your body can recover if it's not too late.

You can watch the documentary and see for yourself on Tuesday, September 13.