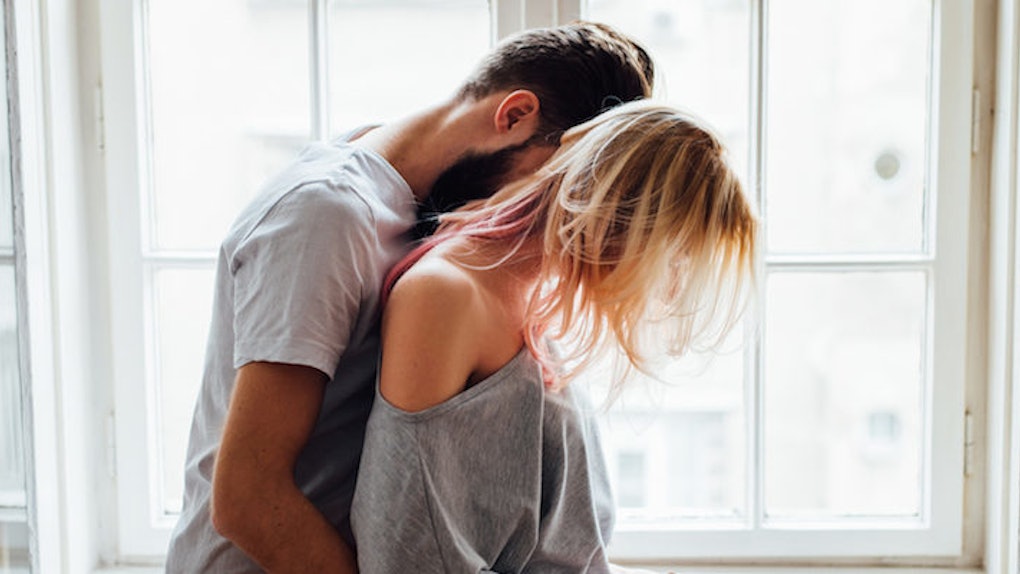 How To Tell If You're In A Codependent Relationship

Before we begin, let me say that I've been in recovery for both drugs and codependency.

Although both were incredibly difficult to manage in their own right, I ultimately found it harder to recover from the grips of codependency.

I will say, getting sober is a more acute kind of pain.

Getting to the point of quitting is an awful, painful process that is often wrought with regret, shame and guilt. However, once you've gotten sober, the solution is somewhat simple.

Codependency, defined as "excessive emotional or psychological reliance on a partner" and the recovery from it, is much more difficult to navigate in my experience.

For one thing, people who are codependent consistently find themselves attached to partners who need help, typically due to illness or addiction, but don't truly want it.

Often, codependent partners are afraid to leave out of concern for their partners' lives.

A codependent person may lose sleep obsessing about their partner, become physically ill, abandon their routine, do things they don't actually want to do, say "yes" when they mean "no," become angry and upset when they can't help, feel worthless when they aren't managing a crisis in their partner's life, or refuse to accept who their partner really is.

I can check off each and every item from that list, and I would have the same results if I replaced the word "partner" with the word "drugs."

The complexity of codependency, and where it becomes the most dangerous, is in its subtlety.

There is more misunderstanding around the disease of codependency than there is around addiction.

Addiction is far easier to identify, whereas a codependent person can always fall back on the claim that they're "just trying to help" or that their partner "won't be able to survive" otherwise.

The truth is, though, they are addicted to helping. They wouldn't know what to do with themselves without it.

They may truly believe in their heart of hearts that all they want is for their partner to get better, but, truthfully, if their partner got sober today and no longer needed them, they'd go into an emotional withdrawal.

A codependent person dependent upon their partner for a fix... only for them, their fix is the feeling of being a martyr, saving the day and being someone else's guardian angel.

Once a codependent person becomes aware of their addiction to helping, relapsing is both inevitable and repetitive.

While an addict might relapse once every three months, a codependent person does it a few times a day at first, then every few weeks.

Worse yet, because codependency is tied to a compulsion to insert oneself into a crisis, a codependent person runs the risk of falling into their own addiction when a partner leaves, or of playing the victim in some other, more tangible way.

It's a cry for help.

Codependency is so dangerous because it is a powerful addiction that can neither be seen nor heard, and those who suffer from it usually do so in silence.

If you feel you are in a codependent relationship, you aren't alone.

When I was caught in the web of codependency, I felt there would never be any way out of it. I worried for my partner first, and then for myself.

Even when I finally was able to leave my partner (who even now, four years later, has not gotten sober), I worried for his life and considered my own as an afterthought, like a true codependent would.

I have since discovered there are countless programs, such as Codependents Anonymous and rehabilitation centers, available to people who struggle with codependency.

I sought help through therapy, and found a great deal of assistance through the work of author Melanie Beattie.

Since then, I've been in a healthy relationship with a man I love who is good to me, and whom I am good to.

We have a healthy interdependence and work consistently on communicating our needs and boundaries to one another, which, of course, is a whole other identity crisis, which I'm sure my codependent self would've loved to clean up.