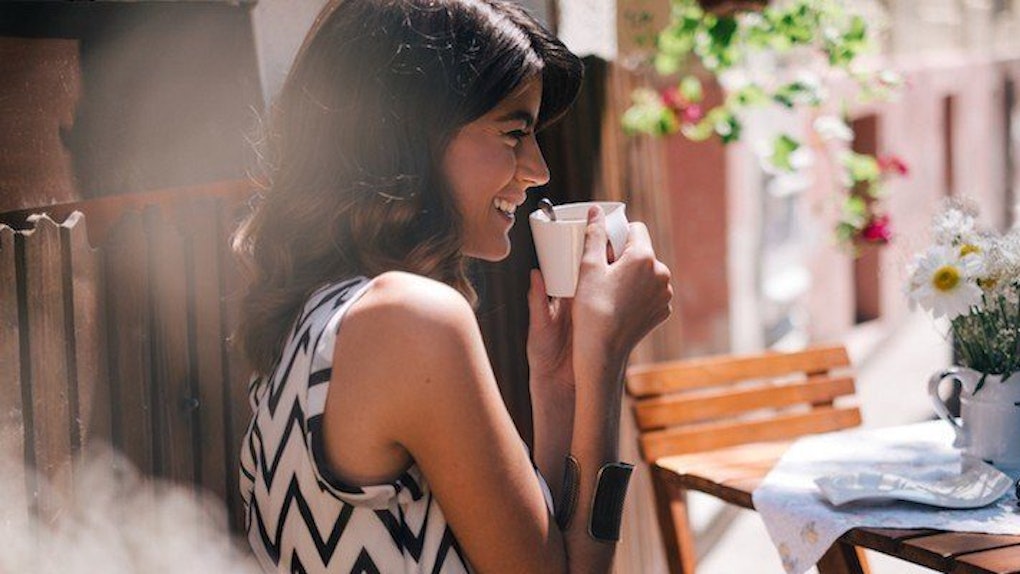 Your Addiction To Coffee Could Actually Save Your Life, According To Science

Most of us rely on coffee to get through the workday.

In fact, if I had $1 for every time I heard someone say, "Don't even talk to me before I've had my coffee," I'd probably be rich enough to quit my job and eliminate my need for a coffee crutch altogether by sleeping in every day.

But until that happens, I'll be sucking down iced coffees like they're going out of style.

If you happen to be a major coffee addict like myself, you already know your beloved cup of joe can be a real lifesaver when it comes to surviving those miserable 8 am meetings.

But all jokes aside, did you know coffee could actually save your life, like, for real?

A new study published the World Journal of Biological Psychiatry found consuming coffee on the reg can improve your mental health and even serve as an antidepressant that's powerful enough to alleviate the symptoms of suicide.

Researchers came to this conclusion by examining the amount of caffeinated and decaffeinated coffee consumed by over 200,000 men and women during a four-year period.

Over the course of the study, 277 of the participants died from suicide. However, researchers discovered those who were regular coffee drinkers, consuming two to four cups per day, were actually 50 percent less likely to attempt to attempt suicide.

Apparently, coffee affects the feel-good receptors in the brain like serotonin and dopamine, which can have the same effects as taking antidepressants.

But that being said, it's never a good idea to opt for a medium latte over medical attention, since therapy and medication are often needed to treat severe cases of depression.