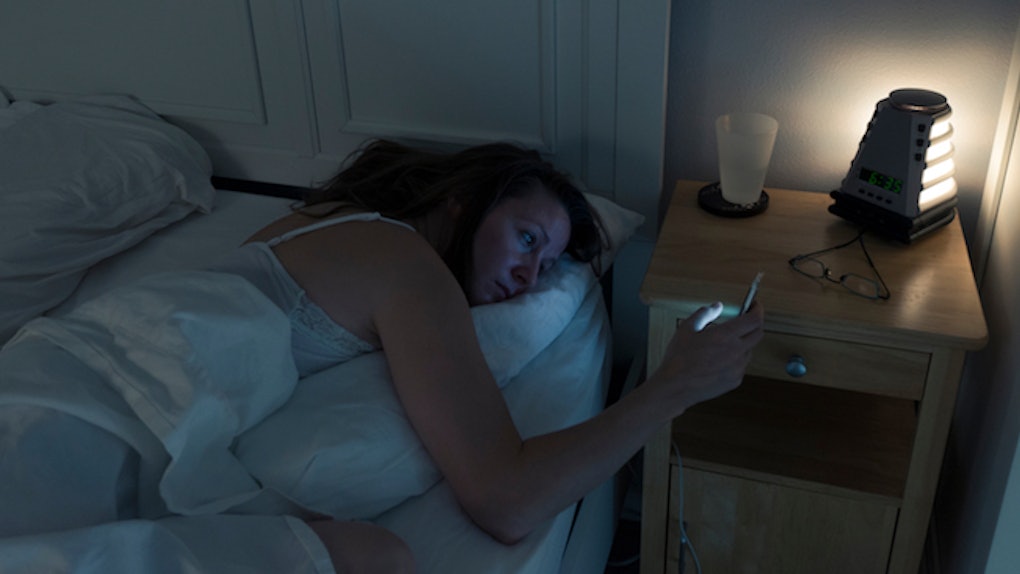 Are Multiple Alarms In The Morning Bad For You

You're hitting the snooze button over and over again, but after the third time you hit it, you realize you're actually still very tired, and sleeping in for those few extra minutes did absolutely nothing for you.

Why? Because you are actually disturbing your sleep cycle. Like, a lot.

When you hit your snooze button, your hope, I'm sure, is that you'll get five more minutes of restful sleep, but you're not actually resting in between those alarms.

The most restful parts of your sleep cycle (which would be stages three and four -- more on that in a second) have already happened.

You're now awaking from REM sleep.

Essentially, it's like you're trying to reverse your sleep cycle in the span of a five- to eight-minute snoozes.

Ultimately, this, leads to a way less restful slumber.

The thing is, your body needs time to wake up.

Putting yourself back to sleep with a snooze button is confusing the crap out of your body. The brain just did a ton of work during your sleep cycle, and you're telling it to start all over again.

Start over again with what, you ask?

Let's detail the sleep cycle to understand what exactly you are telling your body to do.

You know, for when people barge in your room like, “Hey! Are you sleeping?”

And you grumble back, “I'm up.” Even though you don't actually get up. Yep, that's this phase.

Within moments of dozing off, your brain produces alpha and theta waves, which cause your eye movements to slow down. You're still somewhat alert here, and can easily be awoken.

Overall, this phase lasts for about seven minutes.

Though still in a light snooze, your brain is slowly but surely sinking into a peaceful slumber.

Once it produces the spindles, the brain waves start to slow down (am I the only one being reminded of the cycles on a washing machine here?).

Your brain has officially gone to work and is now tapping into #TeamSleep.

Now your brain is entering the beginning of deep sleep, and is producing slower delta waves.

If someone tries to wake you up at this point, you may be a bit groggy, as your body has now become less responsive to outside stimuli.

Do not try to wake someone up at this stage.

At this point, your brain is beginning to produce even more delta waves, and you move into the restorative stage of sleep.

This means that your body is restoring itself. It's repairing muscles and tissues, stimulating growth and development, boosting your immune system (hence why, if you go to sleep sick, you could wake up actually feeling better), and accumulating energy for the day ahead.

Interestingly enough, REM sleep actually consists of multiple stages in and of itself (confusing, I know).

An average adult has about five to six REM cycles in a single night.

This is the point in the night when you're dreaming, you're in the deepest part of your slumber, your brain is more active, your eyes jerk rapidly in various directions, your blood pressure increases, and your breathing is irregular, quick, and shallow.

It actually sounds a little terrifying when you think about it. The human body, man.

REM sleep occurs about an hour and a half into your sleep, and the length of each cycle increases as the night persists.

So the more you hit the snooze, the more you are disturbing your body and disrupting the natural flow of these stages of REM sleep.

What Happens When Your Brain Doesn't Feel Well-Rested?

Well, it's not pretty.

You have difficulty focusing throughout the day.

You're more likely to become moody.

You're more likely to overeat.

When it comes to the snooze button, as much as you may feel like it's your friend, it's actually a pretty terrible influence on you.

Get rid of it and instead, awake when the first alarm tells you to.

Trust me, you'll be thankful the rest of the day that you chose to get up.