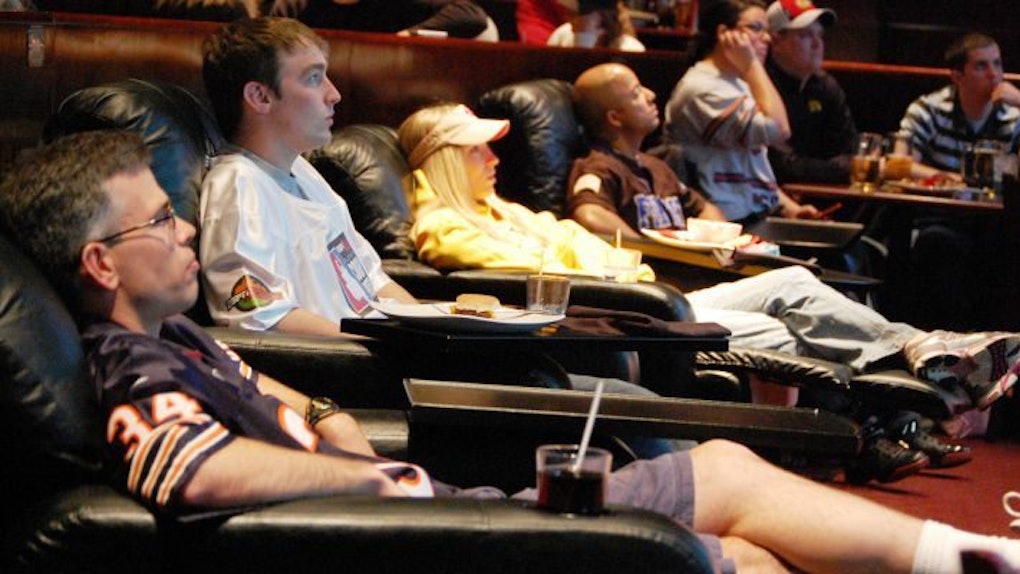 Not only does an hour in the gym help your physical well-being, it promotes a strong mental game as well.

There really isn't an opposing voice on this one; unless you're listening to the Hamburglar or something.

But what about the flipside of that?

What happens when you go on a 14-day bender where the only kind of curls you're doing are beer and burgers to face?

Your first thought is probably a bigger belly, and that's almost certainly going to occur, but there are other consequences besides weight gain and a metabolism slowdown you may not be as aware of.

In a recent study, Finnish researchers looked at 10 sets of identical twin men in their mid-30s.

The only difference within each pair was that one man worked out fewer times a week than his twin.

After a series of tests, it turned out the twin who worked out less had more body fat, worse endurance and showed signs of early metabolic disease.

In addition to that, the study revealed the twin who worked out consistently had more grey matter, which includes regions of the brain directly involved in muscle control and sensory perception.

Basically, how you process sh*t.

And what's worse, these negative effects take hold almost instantly after you drop your workout routine.

I know, you worked out almost every day for a month, and now I'm telling you that "detraining" can take effect in just a few days.

But don't shoot the messenger. If anything, take the warnings seriously.

Here's what happens as soon as you decide to take a vacation from the gym.

Your blood pressure takes off like a rocket out of Cape Canaveral.

Within a month of not working out, your veins and arteries stiffen, which could put your blood pressure where it would be if you never used that gym membership in the first place.

But the negative effects take hold much quicker than that.

Normally, your blood pressure is higher on days you don't workout compared to when you do, so go just a week without exercise and, well, you get the picture.

You get more winded than Homer Simpson trying to chase down that runaway pig.

Within two weeks of going on a gym sabbatical, the amount of oxygen your working muscles can use decreases by something like 20 percent.

And if you're new to the workout game completely -- like so many are around holiday time -- any gains you saw in that immediate period could be totally lost.

Basically, you're losing your ability to convert oxygen into energy, and according to a recent study, two weeks of a sedentary lifestyle can negate the positive muscle mitochondrial effects of six weeks of endurance work.

You experience muscle shrinkage like George Costanza at a pool in the Hamptons.

Studies show that two weeks after taking up life as a couch potato, your muscle mass decreases.

Also in that time, muscle fibers can actually go from fast-twitch to fast-fatigue, meaning you may have greater difficulty down the line to make big gains.

Less gray matter is tangible, depression may not be.

In addition to the possibility of having less grey matter than someone who works out routinely, your ability to grow brain cells may decrease as well.

Studies show rats that don't run on a wheel regularly grow fewer brain cells and struggle to work through mazes.

You're not a rat, but there are studies to show humans who work out have a better go at fighting depression.

Your blood sugar levels map out a clear road to diabetes and heart disease.

Less than a week after you ditch your workout routine, your muscles and tissues decrease the amount of sugar they absorb for needed energy.

This means that after you eat, your blood sugar levels stay pretty high. If this continues over time, your risk of heart disease, diabetes and a slew of other serious conditions can increase significantly.

The bottom line: Everyone is different, but as a basic rule of thumb, it's better to be active than not.

Getting to the gym every day of the week may not be an option, but take the stairs instead of the elevator, walk to work instead of hopping on the train and try and stay away from foods you have to look over both shoulders before eating.