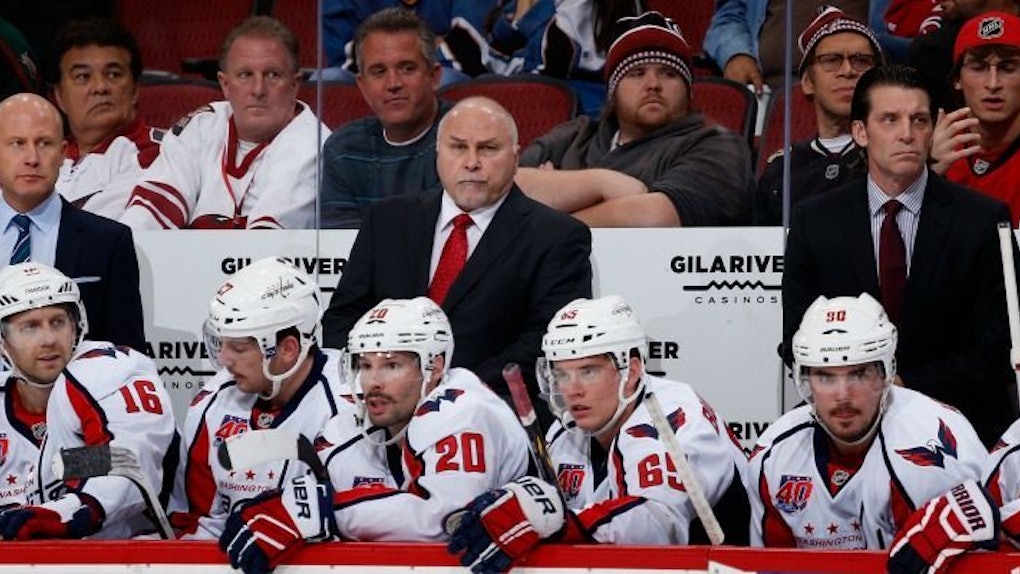 People In Washington Are Pissed The Caps Game Hasn't Been Canceled

The entire East Coast of the United States is bracing itself for what could be one of the worst snowstorms ever.

If you believe most forecast models, Washington DC is directly in the crosshairs of Storm Jonas.

Some predictions call for as much as 33 inches of snow in the nation's capital.

And despite the fact snow is expected to start falling this afternoon, the NHL has no plans to cancel tonight's game between the Washington Capitals and Anaheim Ducks.

The team reportedly isn't willing to offer refunds or rainchecks for fans either, though many would have to travel from far away to attend tonight's game.

Even with the game being moved from 7 pm to 5 pm, DC officials still advise fans to not attend.

It may be difficult for a West Coast team to play a make-up game on the East Coast, but at what point does common sense override the league's need to see a game played?

Capitals fans and DC officials alike wonder just that, and they took to Twitter to voice their anger and outrage.

This dude, like many others, is unhappy about losing money on tonight's Caps game.

@washcaps as a season ticket holder, extremely frustrated that I am losing all my money on tonight's game #snowmaggedon2016 #reschedule — Nathan Ward-Dahl (@nwarddahl) January 22, 2016

Some fans think the game -- if it must be played -- should be done without any fans in attendance.

@washcaps This is also a good idea. PLEASE do not make people risk their life to avoid losing their tickets!!! https://t.co/CPLQSRu0G3 — Becky Hammer (@beckyhammer) January 22, 2016

Moving the start time from 7 pm to 5 pm is doing little to quell fears.

DC officials made their stance on tonight's game perfectly known.

Seriously, though, if this was any other situation, folks would definitely get canned.

Wait, so the @washcaps and @nhl are actually going to let this happen??? These are the decisions that get people fired in a hurry. #smh — Vince Benedetti (@vincebenedetti) January 22, 2016

Unfortunately, this pretty much sums up the situation Caps fans will face this evening.

This dude may be crazy enough to go to the game tonight, but at least he understands what he's walking into.

There's always that one person who makes you wonder what the hell is wrong with society.

It looks like there won't be any public transportation for Caps fans this evening...

There will be no #wmata Metro this pm. Sad that @washcaps #NHL team does not care about the safety of its fan base. https://t.co/jEua9rHhOQ — infoshaman (@infoshaman) January 22, 2016

...or for any police officers, for that matter.

Chief @DCPoliceDept says due to blizzard police may not be providing support at @washcaps game — Mark Segraves (@SegravesNBC4) January 22, 2016

SMH, Capitals and NHL. Get your priorities straight, please.