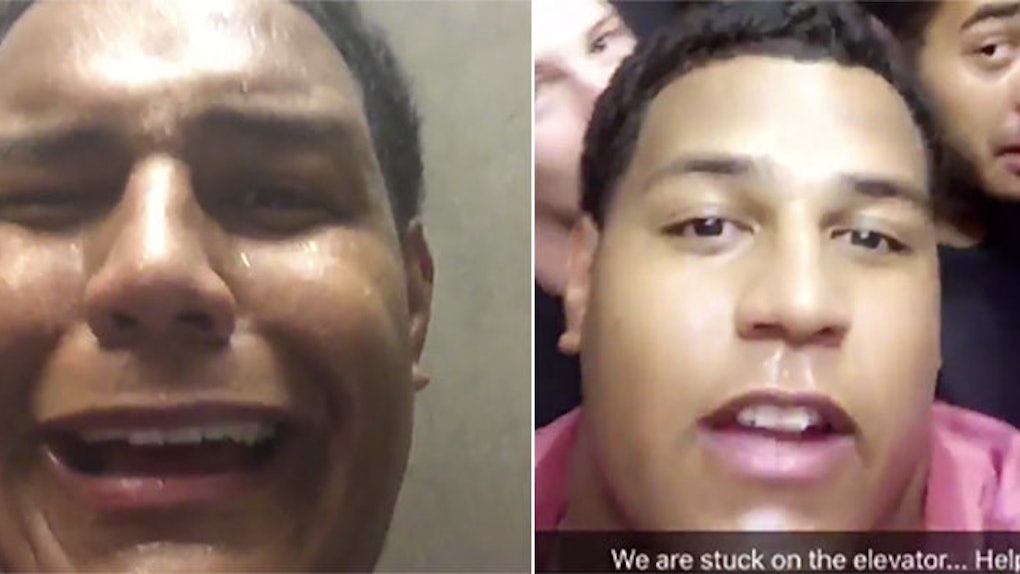 If you're gonna get stuck in an elevator, at least make it as lit as these USC football players.

On Friday, eight linemen on the University of Southern California Trojans' football team got stuck for seemingly obvious reasons: They're huge linemen, and there were eight of them.

As if imagining such an event wasn't funny enough, 360-pound Zach Banner did what any Millennial in his or her right mind would do: He live-tweeted it.

Needless to say, the stream of videos was gold.

The sweat on Banner's face was apparent from the first video he tweeted.

Eventually, firefighters came onto the scene with fluids.

But, they still could do nothing about the heat.

So, it wasn't long 'til the temperature got to the players' heads.

This was probably the low point.

Of course, the guys were finally provided a way out...

...but not before they created the "Elevator Rap."

USC's offensive line got stuck in an elevator and they made the "elevator rap"pic.twitter.com/8LW58URGX3 — Football Vines (@TheFBVine) April 23, 2016