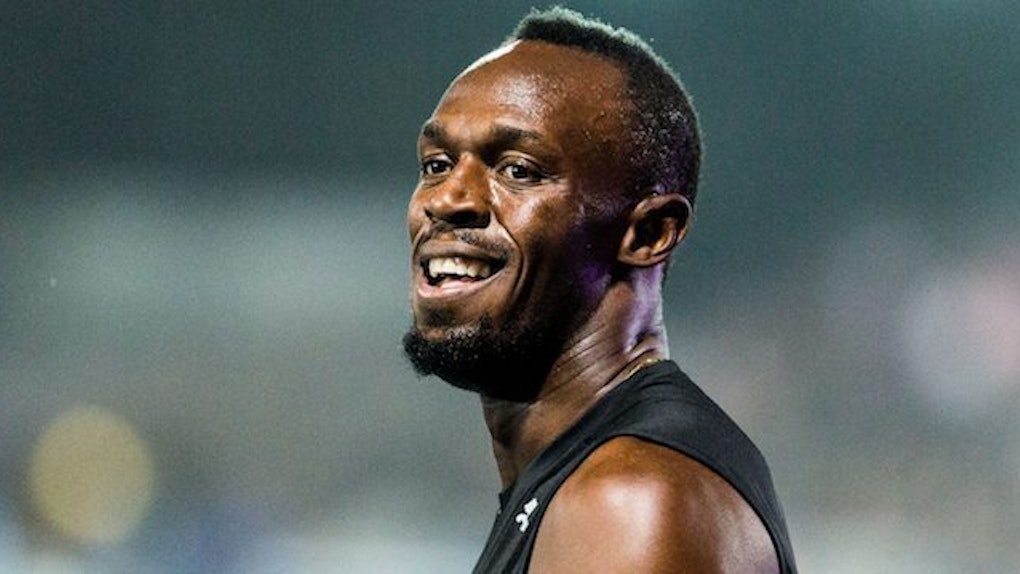 You don't simply win eight gold medals by mistake. Olympic gold medalist Usain Bolt will agree there's a method to his madness on the world stage.

While strength training and conditioning are obviously important areas of focus when competing against top athletes, proper nourishment is just as important.

That's why many of us were shocked to discover that the 30-year-old Jamaican sprinter's superstar diet consists of chicken nuggets and wings.

New details regarding Usain Bolt's meal prep have been revealed, and some of the items listed might even make you feel better about yourself.

The only difference here is you don't have eight gold medals under your belt or the fitness regimen needed to get away with such a "diet."

According to Huffington Post, it was first reported Usain Bolt religiously eats chicken nuggets and wings before hitting the track.

Now, Business Insider is delving into what a full day of Bolt's food intake looks like, and it's honestly quite impressive.

For breakfast, Bolt is said to eat an egg sandwich followed by apples as a snack between breakfast and lunch. For lunch, he eats pasta and beef.

Between lunch and dinner, he eats more fruit, including mangos and pineapple. Bolt ends the day with chicken and dumplings with broccoli.

With that, the world's fastest man consumes nearly 2,274 calories per day compared to the 5,500 calories he was previously said to have consumed.

Oh, and lots and lots of Gatorade, obviously!

Keep in mind that's not even counting the undisclosed amount of chicken nuggets and wings Bolt is said to scarf down before stepping foot on the track.

At this point, you're probably excited to hit up McDonald's and order up a large 20-piece of McNuggets, but I'd strongly urge you not to.

That is unless, of course, you have the intense fitness regimen to counteract the negative effects of fast food like Usain Bolt does!