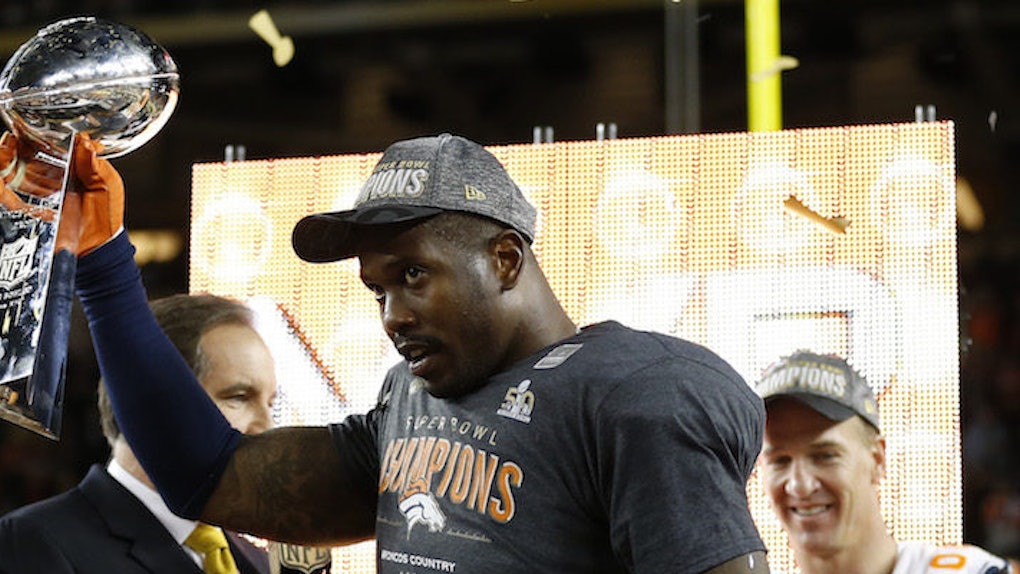 10 Von Miller Theories I Have Because TBH He's Not Human

I know that I don't know a lot. The world is a complex place, after all, and there's only so much information one human being can process over a lifetime.

But if there is one thing I know with unequivocal certainty, it's this: Von Miller is not a human being.

Sure, there are many conspiracy theories floating around these days (thanks, internet!), but trust me on this. Von Miller is not of this world. Human beings simply can't work that hard. We aren't capable of achieving his level of greatness. We have genetic limitations. We are subject to the laws of physics. We need food. We need sleep.

But Von Miller is different. He has no such constraints. He rises above.

The truth is out there, and I have made it my mission to reveal it to the world.

1. A picture of Von Miller is worth a trillion words.

A thousand words doesn't even begin to scratch the surface.

2. Motivational speakers turn to Von Miller when they need to be motivated.

Everyone needs someone to lean on.

4. His cleats had to be dulled because even his lightest steps were tearing up the turf.

Re-turfing was just getting too expensive.

It's better if you don't ask questions.

6. After his last sack, the quarterback was quoted as saying, "Von Miller is half-lion, half-bear, all man."

He just knows how to do it, okay?

It's a long story.

9. …but he fixed it before anyone knew.

It's a short story.

It's always free when he gets it.