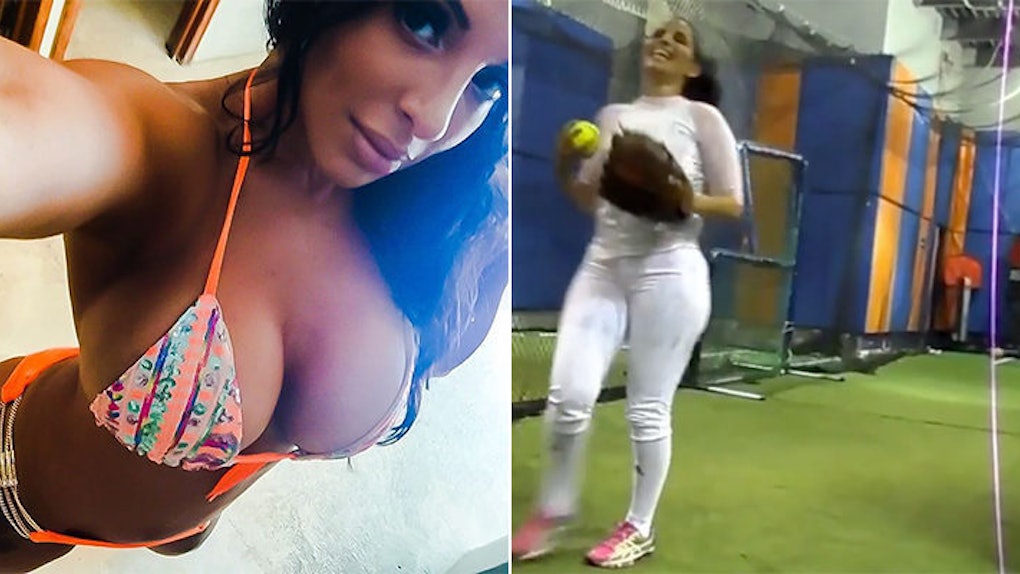 This Gorgeous Instagram Model Is Low-Key Filthy At Softball

Tehmeena Afzal is perhaps best known for her Instagram exploits as the famed Miss Meena, but her most recent IG posts prove she's way more than just a gorgeous woman on social media.

It appears Afzal is low-key filthy at softball. And she's a triple threat.

Her last two Instagram videos showcase her pitching, fielding and hitting skills. Like, who's the worst team in Major League Softball? 'Cause they should probably give this woman a Minor League contract or something.

As one of her captions states, Afzal played softball her entire life, and she was even rated an all-city player by New York's Newsday. Here's a closer look at this Instagram model/softball phenom.

Tehmeena Afzal, known on Instagram as Miss Meena, is probably best known for her modeling photos.

I mean, if you had a body like this, you'd probably post these kinds of photos as well.

But according to her most recent photos, Afzal is a softball star, too.

As stated in her caption, she's a former all-city player and received the Pegasus Award during her senior year of high school.

Also, Afzal went to college, where she obtained her bachelor's degree in graphic design, on a full athletic scholarship.

According to her IG profile, this stunning model is the proud mama of two boys.

...as well as an NPC competitor who is also into MMA.

...but you'll also get the sense Afzal enjoys just kicking it at the crib taking selfies.