Is it OK to laugh about the Ryan Lochte saga yet?

If we're being honest with ourselves, the laughs are the best part about this controversy, especially because there was a ridiculous twist at every turn.

The swimmer apologized on Friday morning, putting an end to the he said, she said controversy over whether or not he was robbed.

The two young swimmers who got pulled off their plane? They were finally cleared to go home, while the third teammate settled his differences with Brazilian police.

Even a charity gained something from this whole debacle.

See? No harm, no foul, which means we can milk this story for all the jokes it's worth with a clear conscience. Here are the 10 most hilarious facts from #LochteGate.

The whole thing began because Ryan Lochte lied to his mom.

According to police, Lochte's mom is the first person he told about the "robbery." Lochte's mom told the media, then the swimmer doubled down and the rest is history.

Police tried to find Lochte, but he already escaped to the US.

USA Today reported on Wednesday that the police went to the Olympic Village to speak to the swimmers, but none of them were found. Lochte's three teammates were still in Brazil, though, while he had already taken a hike to America.

By the time Brazilian authorities ordered the swimmers' passports be seized, the 32-year-old was already on American soil, which meant his teammates had to deal with the police.

Then we found out women were involved.

The tweet above comes from Press Association journalist Matt Slater, who posted the message while at a press conference held by police.

They were videotaped everywhere they went.

From the time Lochte left the club, to the time he was at the gas station, to the time he got to the Olympic village, there was camera footage of pretty much every move he and his teammates made.

They tried to get into the wrong taxi.

By all accounts, the swimmers were noticeably drunk, which would explain why one of the swimmers tried to get into the wrong car.

They did eventually find their way.

In fact, Lochte was still drunk when he spoke to police.

Did we mention Lochte is 32?

That's nothing new, but it was still funny to see people reacting to the IOC spokesman calling the swimmers "kids." Twitter made sure to remind everyone the lead "kid" is over 30 years old.

Even after Lochte changed his story, his NBC interviewer believed him because he didn't think he was smart enough to lie.

NBC's Billy Bush was the first to interview Lochte about the potential robbery. But even when doubt was cast upon the story Lochte told, Bush implied on the "Today" show that part of the reason we should believe Lochte is because the swimmer is not smart enough to come up with a lie.

They came back to the Olympic village with the most obvious things a thief would take.

The swimmers went out with expensive shoes on and even bragged about that fact. 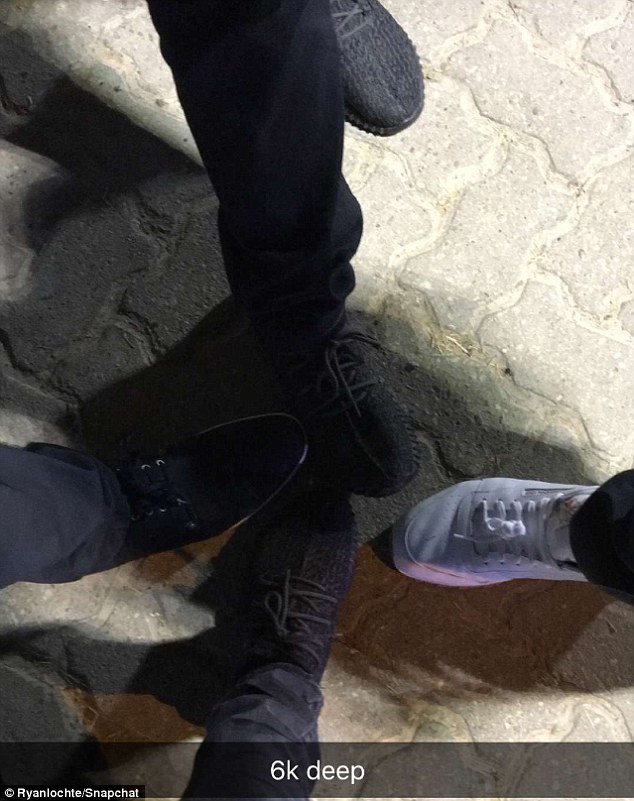 And yet they returned home with their shoes and watches.

But there was an obvious tell in Lochte's story: the lack of a pistol whipping.