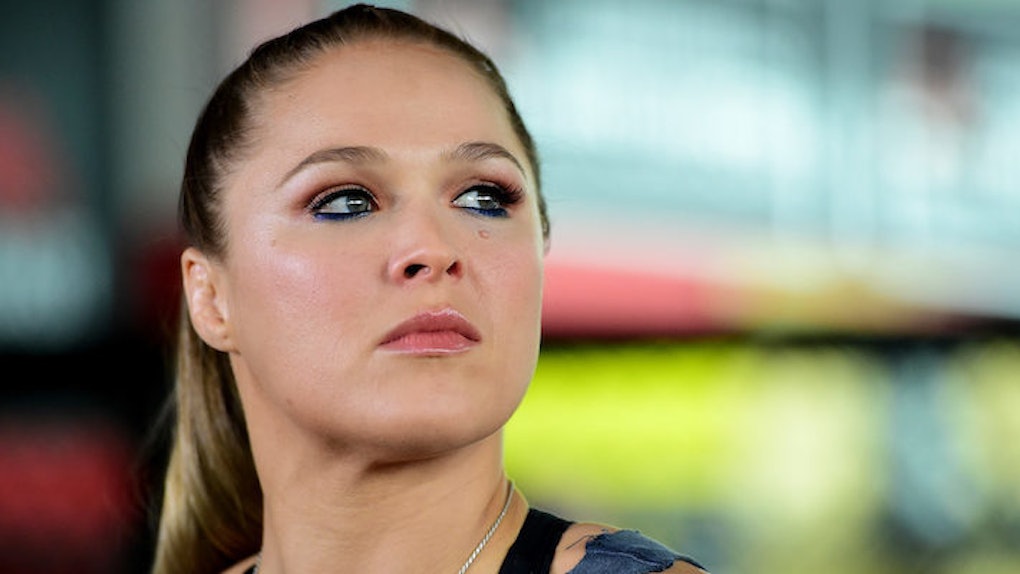 Dynasties are a great thing to witness: the rise, the shine and the fall.

However, the thing with dynasties is, they are not meant to last forever.

Ronda Rousey's situation is no different.

Rousey took over the UFC world by storm and became one of the most exciting and dominating athletes at a speed that is unparalleled by any other athlete in MMA.

Her speed, tenacity and fluidity made her a must-see, he silly demeanor on talk shows made millions all over the world fall in love with her,and her long brunette hair and knee-weakening smile made her irresistible.

But the Rousey dynasty came to a screeching halt late Saturday night, as the champ suffered her first loss to a Swedish juggernaut by the name of Holly Holm.

Nobody saw this coming, especially while it seemed Rousey had not reached her full potential yet.

Some assume Ronda will go into hiding, others assume she will dust this loss off and come back hungry.

As for myself, I feel this is what Ronda needed: a loss. Not only will Ronda be humbled from being knocked out, she will also come back stronger.

As a fighter, resiliency is what separates good from great.

This loss will affect her in a positive way because nobody wants to be remembered as a loser.

Ronda will bounce back and train harder than ever to get back what rightfully belongs. The resiliency effect is what will drive Ronda back into the ring in order to regain the belt she lost.

If you spend a lot of time at the top and seemingly have no competition, dynasties grow complacent. The once-hungry bellies grow full, and the fire for winning slowly fades like a dying inferno.

Holly Holm meant business from the first bell, to the roundhouse kick that took Rousey out of the fight.  This awoke the fire that was going dormant in Rousey.

Hunger is the new birth that arose from this fight. Ronda will come back to the top the same way she first made the climb: fast, sharp, explosive and powerful.

The upcoming events for Ronda will be exciting to watch.

Losing focus is a tough thing to prevent from happening.

In between the talk shows, the adoring masses of supporters and fans and being involved with many TV shows and movies, Ronda lost her focus, which ultimately led to her demise.

After getting knocked out, it will be safe to assume that Ronda will have her sniper focus back and regain her title as the most dominant athlete in the UFC.

We all lose focus and forget why we do what we do at one point or another. After this loss, Ronda will regain focus and climb back up.

Losing is always a hard pill to swallow, especially being at the pinnacle. Ronda's loss will not only fuel her, but it will give her a reason to never want to lose again.

This loss will create a new monster: a harder working, more refined monster that will not be stopped again.

Ronda is a champion, and as a champion, losses will come. What you do after a tough loss is more important than the loss itself.

The future is still bright and there are many more milestones to be reached and records will continue to be broken by Ronda.

Many think the end is near; I think the greatest comeback story is only beginning.

A rematch will be set, and Ronda will show why she is the best.

This loss will affect her career more than it will harm her. As they say:

A set back is a set up for a comeback.