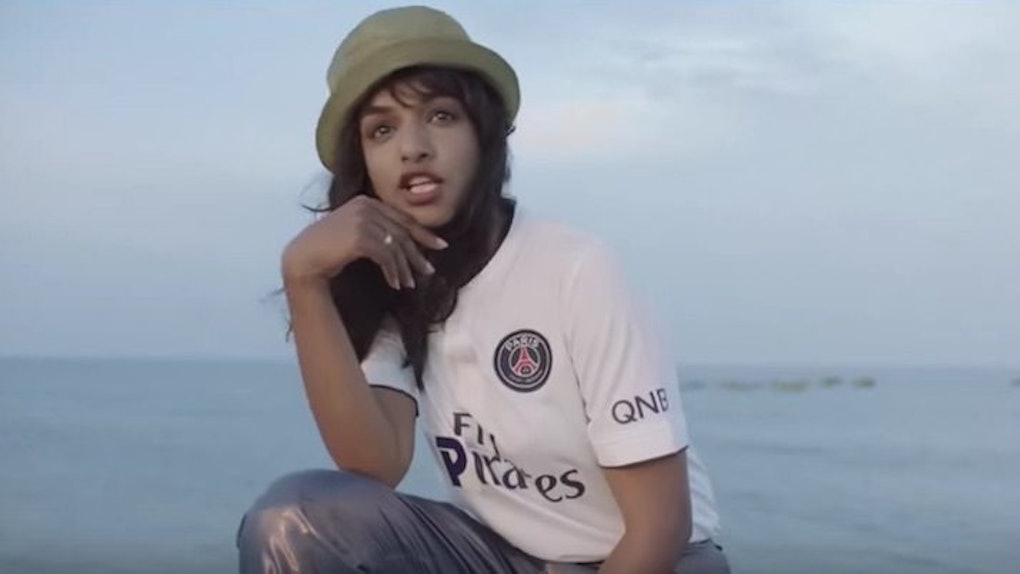 M.I.A. Asked To Pull Video On Refugee Crisis Because Of Her Soccer Jersey

Pop star M.I.A. is at the center of a media storm after receiving a letter demanding she take down her "Borders" music video, which centers around the ongoing refugee crisis, from French soccer giant Paris Saint-Germain.

In the video, M.I.A. is seen wearing a PSG jersey, which she altered by changing the club sponsor from "Fly Emirates" to "Fly Pirates."

This is reportedly the letter the recording artist received from Jean-Claude Blanc, PSG's deputy CEO, insisting she take down the video and provide "compensation for the harm we have suffered."

M.I.A.'s "Borders" music video shines a light on the horrific conditions refugees are forced to endure while searching for safe havens and serves as a criticism of many Western governments' responses to the crisis.

M.I.A. took to Instagram, saying she bought the PSG jersey when she was in Qatar, a country lambasted for its treatment of migrant workers in the buildup to the 2022 World Cup.

PSG wanna take DOWN BORDERS video within 24hrs- because of this tee which I bought on my connection flight in Qatar on the way to shoot. They have players who are 2nd gen migrants. What do you think I should do? #FASHION #controversy #fornorreason #brrrraa

The use of our jersey largely contributed to attract the public and the press's attention on M.I.A.'s video clip. Thus, you unduly took advantage of our popularity and reputation to enhance the attractiveness of your artist and, consequently, the profits of your company.

Doesn't sound like M.I.A. has plans to take down her music video anytime soon.

Citations: A French soccer team wants M.I.A. to pull her video for 'Borders' (The Verge)