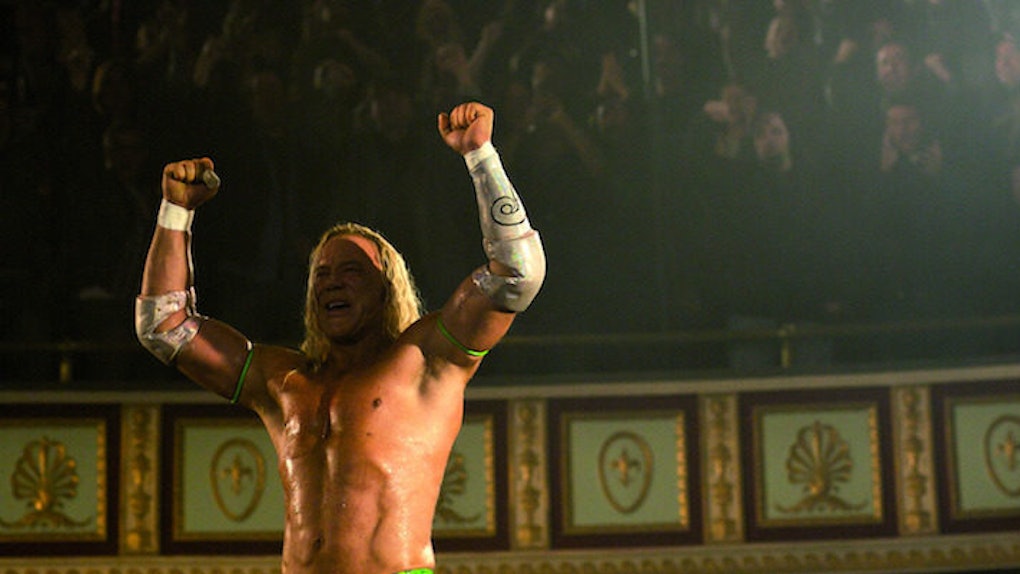 After nine years of traveling around the United Kingdom and the United States as a professional wrestling tag team known as "The Blossom Twins," wrestling for companies like Impact Wrestling and appearing on TNA British Bootcamp, and after 17 years of being firm wrestling fans, after getting hooked on The Hardy Boyz at 12 years-old, it's safe to say the sports entertainment industry has taught us a thing or two about life.

Today, we pass on these lessons to you:

1. Don't be afraid to try something new.

You are only going to get better and improve yourself if you are pulled from, or willingly step out of your comfort zone. Either way, get out of that zone and go experience all the awesome things that will become available to you once you do.

Nine times out of 10, when you make a mistake, only YOU know about it. Dust yourself off and carry on.

It doesn't matter what "spotlight" you are trying to reach. Working together and lifting each other up will always be better than putting others down and wishing to see others fail. Keep a kind heart, and stay true to who you are. It's better for the soul.

4. Work hard for yourself, not other people.

There are always going to be men who think women don't belong in certain jobs or industries. The same can probably be said the other way round.

No matter what you want to do, go for it. Don't let anyone say you can't be like them, or be as good as them. Work your butt off and be better, but not for them. Do it for you because YOU want it.

5. Arrive early to everything.

It's always good to arrive early, especially for work and job interviews. It shows you care to act professionally.

We were taught this from the moment we started training. It was always good to be there at least 10 minutes before class, so you had your boots on and were ready to go as soon as class started.

No matter how much you think you know, there is always something else to learn and somebody to learn from. This even goes for yourself. We have never watched a match of ours and thought, "Yup that was 100 percent perfect." And we would bet there isn't anybody out there who has actually thought that.

7. Respect who came before you.

Family, colleagues, bosses, whomever it may be, learn your history and respect the people who paved the path for you. We got into wrestling in 2001, the era of of The Hardy Boyz, Edge and Christian and The Dudley Boyz.

We loved those guys and still do, but before them there were legends like Bruno Sammartino, Macho Man Randy Savage, Hulk Hogan, Jake "The Snake" Roberts, Rick Flair, Mr. Perfect, The Rockers, Sensational Sherri and The Hart Foundation.

It's important to look good, but don't compare yourself to other people. Embrace who you are and BE HAPPY with you.

If you want to workout, do it for you. Be healthy, take care of yourself and be the best you you can be. Diets suck, so you need to find a balance that will still allow you to enjoy life without being lazy.

You need to be able to get up and go when you step foot in the ring, so take the attributes that make you, you and make them great. Tall, small, big, lean, whatever you are, still needs to represent you and look like one million bucks. Walk through life with that same attitude.

9. Stand up for yourself.

There are always going to be people who have different opinions than you, and are more confident about sharing them than you. Don't let them walk all over you.

Say something. You will either make a good point and can do what you had in mind, or you can compromise. But don't get upset about something afterwards if you never even spoke up in the first place. And if they still don't listen, but you're sure you know better ... do it anyways.

10. Never (Y2J voice only, please) be embarrassed about what you love.

You work hard. Take pride in that. It's as simple as that.

Have a weekend that "totally reeks of awesomeness."