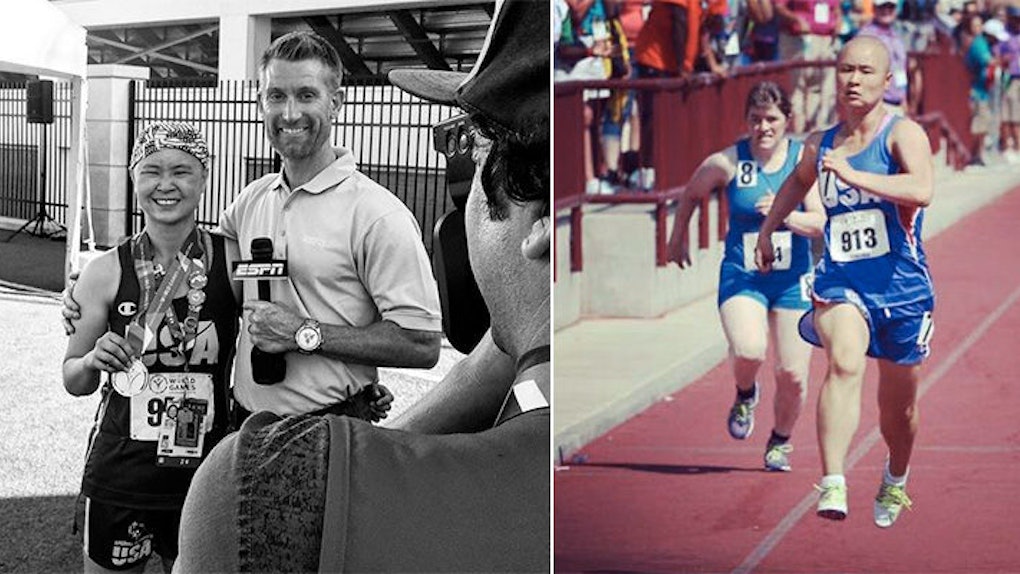 Olivia Quigley is a 24-year-old sprinter from Brookfield, Wisconsin, but her biggest challenges lie away from the track.

In addition to being autistic, Quigley was recently diagnosed with stage 4 breast cancer.

After five months of chemotherapy, she demanded doctors stop treatment so she could compete at the 2015 Special Olympics World Games in Los Angeles.

At the opening ceremony this past Saturday, Quigley said,

And compete she has.

ESPN's Marty Smith has been an outspoken supporter and friend to Olivia, and he tweeted his support, respect and joy for her accomplishment.

Olivia tells me: "I had to win this gold to show all women with breast cancer that they can do anything." — Marty Smith (@MartySmithESPN) July 31, 2015

And a win wouldn't be complete without a proud mama in the stands.

Olivia's mother, Judy: I couldn't breathe the whole race. I thought her stamina wouldn't hold up. But then I saw the look in her eyes. SO BA — Marty Smith (@MartySmithESPN) July 31, 2015

Olivia, you've touched and inspired us all.