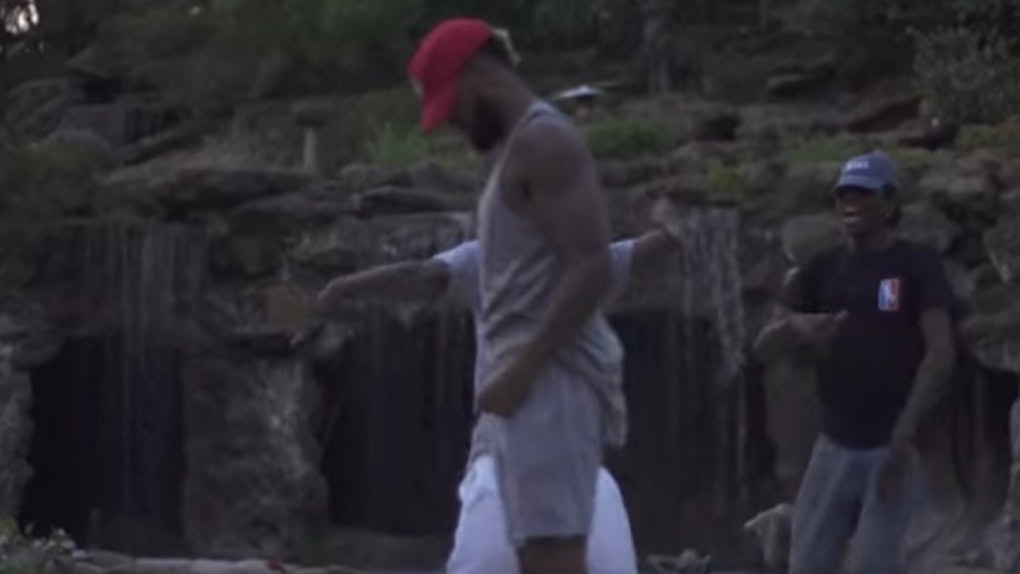 Odell Beckham Jr. Dancing In Drake's Backyard Looks As Hilarious As It Sounds

If you thought Odell Beckham Jr. was somewhere training hard for next season, he's not. Maybe some other day.

If you thought Odell Beckham Jr. was somewhere worrying about what Eli said about him, he's not. Maybe some other time.

We're assuming here, of course, but those assumptions are more educated guesses than anything. After all, everyone knows OBJ has been crashing at Drake's house these days. So you know he has better things to do, like dancing to Young Thug songs next to Drizzy's pool, than worry about the haters.

Odell is having the time of his life in Drake's backyard. pic.twitter.com/nfNfwZap4n — Splash O' Bryant (@JustinMob) April 12, 2016

Now, I know you're thinking, "Shouldn't he be worried about working hard to get the Giants back to the playoffs?" And we totally understand.

JK, what you really want to see more of is these splendid dance moves.

Well, you're in luck, because the full video is above and more videos of OBJ dancing in Drake's backyard are on Instagram.

Oh, and as for what OBJ does during his off time...who cares. As long as the bulk of his dances happen after touchdowns, we're good here.