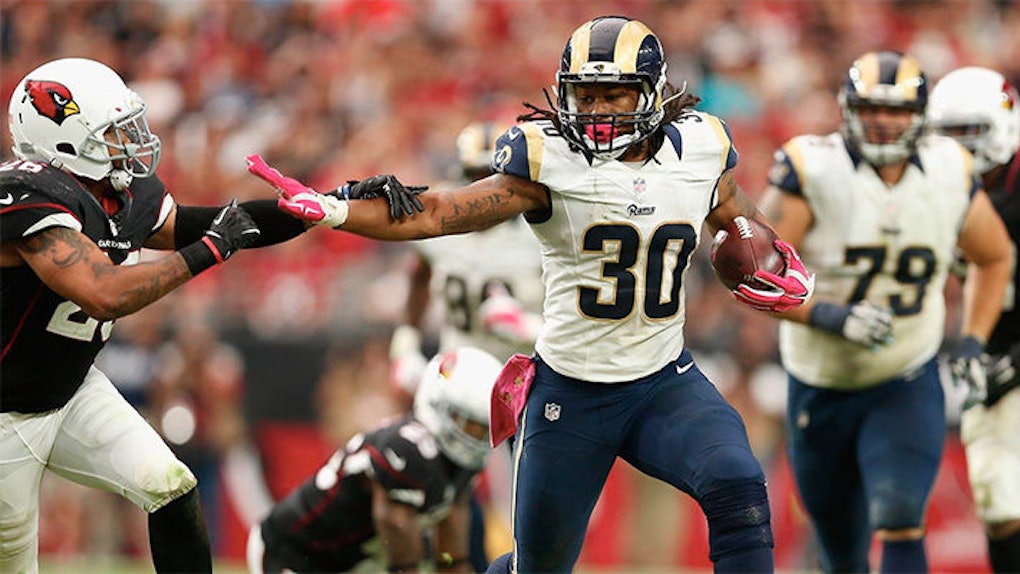 Don't Sleep: 4 Teams Sneaking Their Way Into The NFL Playoffs

This year’s NFL season has been a wild ride, and it is far from over just yet.

At this moment, it seems easy to pinpoint exactly what teams have what it takes to compete for a Super Bowl title.

However, these four teams have shown they will not be written off when it comes to the playoff race:

The Buffalo Bills can be a dominant team; they just have had the misfortune of being in the same division as the New England Patriots.

Under the leadership of the always-entertaining Rex Ryan, he’s brought a lot of hope to Buffalo. The Bills harbor some great potential and with a strong leader, they are trying new things and are aggressive with their young talent.

Quarterback Tyrod Taylor and wide receiver Sammy Watkins have found their strides this past week. Veteran running back LeSean McCoy was the smartest pick-up for Buffalo and that has paid off greatly.

Last week’s impressive 33-17 victory over the Dolphins not only showed the team’s fire and determination. It also showed that they can get things done both on the ground and in the air.

With a healthy offense and a strong defense, the Bills will sneak their way into the playoff race this season and no one will see them coming.

Amid discussions of relocating the team, the Raiders have given the city of Oakland something to cheer about.

Quarterback Derek Carr’s season is nothing short of phenomenal. The second-year quarterback has proven that he is up for the challenge of leading the team to the playoffs.

With a 4-4 record, the Raiders have boasted victories over the Chargers and Jets this season, shredding their defenses with a strong running game and using the deep threats of Michael Crabtree and Amari Cooper.

With a much calmer schedule coming up, the Raiders have proven their offense is up to the task.

They can handle playoff-caliber defenses, and will continue to do so to fight their way into the playoffs.

The Rams may be behind the Arizona Cardinals in the NFC West, but their defense that will propel them to the playoffs coming up in January.

The team’s 5th-ranked defense has kept them in the season this year, but one of the bright spots is rookie Todd Gurley, who has consistently kept their offense going.

With a starting quarterback who isn’t a star by any means, the offense has needed to find other ways to produce and what better way than the breakout star Gurley.

While the offense needs to improve in order for them to be playoff-ready, the Rams have been finding ways to win within their own division and that is half the battle.

If their defense can dominate against their upcoming opponents and Gurley can continue having a stellar season, he will help propel their offense toward a playoff spot.

If there is one thing the Saints know how to do, it's win. Recently, they have been winning, but they’ve also been losing games that should be won.

Behind the leadership of veteran quarterback Drew Brees, the Saints have taken some time to get back on track. However, their two straight overtime victories showed they can outlast any opponent, despite age.

The Saints’ offense has been impressive as of late, starting with Brees.

Despite poor punt returns in the past few weeks, their offense scored 52 points against an impressive Giants defense. It looks like they're in it for the long run.

Starting out 1-4 this season, they’ve fought to get to 4-5, and have proved they are back in it to win it come December.

Right now, there seem to be teams running away with their divisions. But if we’ve learned anything it’s that the season is far from over.