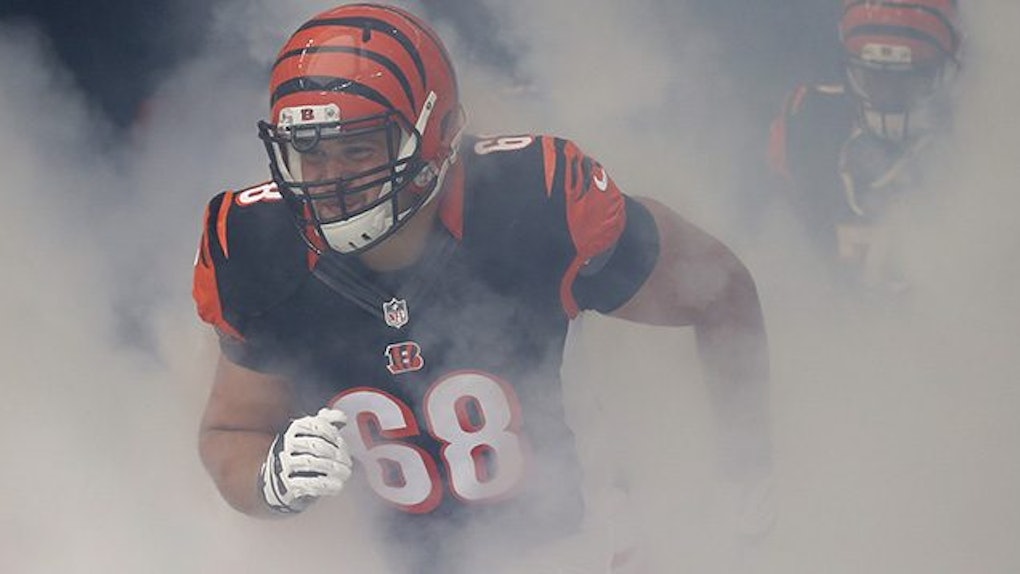 How NFL Could Help Weed Debate

Think about the biggest "potheads" you met in college. What did they always tell people who were afraid of weed?

I'll take a guess: "Weed is actually far less dangerous than other drugs, even the legal ones."

And that makes sense.

Weed is still criminalized in most states, but you're as free as a bird to buy alcohol and cigarettes... even when they've actually been linked to deaths. So, the potheads have a point... even if they sometimes make said point while obnoxiously blowing smoke in your face.

But in case you needed more evidence, this should work: A lengthy report from the Washington Post last Thursday indicated the NFL has a huge drug problem, particularly when it comes to pain-killing opioids.

In the report, WaPo says it viewed court documents related to a lawsuit against the NFL, with the suit alleging teams regularly broke the law and illegally handed out tons of drugs to players, in order to keep them on the field.

The lawsuit represents 1800 former players who claim they are suffering painful, long-term effects as a result of malpractice on the part of NFL teams.

The suit makes a number of accusations that make the league look really, really bad... like trainers handling drugs instead of doctors handling them (which is illegal), and teams carrying certain drugs across state lines (which is also illegal).

At the end of the day, though, they're still accusations... for now.

There's a difference between accusations and facts. But there are some facts that make the league look bad, too.

For example, in its report, the Washington Post says the average team prescribed "5,777 doses of nonsteroidal anti-inflammatory drugs and 2,213 doses of controlled medications to its players" in 2012.

Those numbers don't come from the lawsuit; they come from an NFL employee who oversees the league's drug use.

So, we know two things: First, teams rely on drugs... a lot.

Second, those drugs are definitely dangerous... especially when overused.

And now, here's the irony in all of this: The NFL heavily polices marijuana use.

Even teams in states where the drug is legal (like Colorado and Washington) are not exempt from having players tested.

If a player is found to have violated the league's policy on weed, the consequences can even include suspension.

The league does this despite the fact that some players seem to very clearly resort to marijuana to help with pain. According to an ESPN survey of 226 players last November, 59 percent of respondents say they worry about the long-term effects of painkillers, while 61 percent say fewer players would take those painkillers if marijuana was an allowed substance.

When you look at the evidence that exists with regard to marijuana as an alternative remedy for pain, you could see why those 61 percent of people exist.

For instance, a University of Michigan study found patients who used medical marijuana for chronic pain saw a 64 percent decrease in their use of opioids.

Kevin Boehnke, the lead author of the study, said,

We would caution against rushing to change current clinical practice towards cannabis, but note that this study suggests that cannabis is an effective pain medication and agent to prevent opioid overuse.

Take all the numbers presented in this article, and this is the picture: At a time when there's an opioid crisis in the country, the NFL appears to liberally and recklessly be handing out painkillers to its players at eye-popping rates.

Meanwhile, the league still restricts use of marijuana, despite the fact that weed is legal in some of the states where the players perform.

So, even though weed is less dangerous, part of the reason people resort to drugs that are more harmful and risky is because access to marijuana is restricted.

When those risks comes to fruition, things can get ugly... like, 1800-player lawsuit ugly.

In other words, what's happening in the NFL is an example of what your weed-loving friends have always told you.