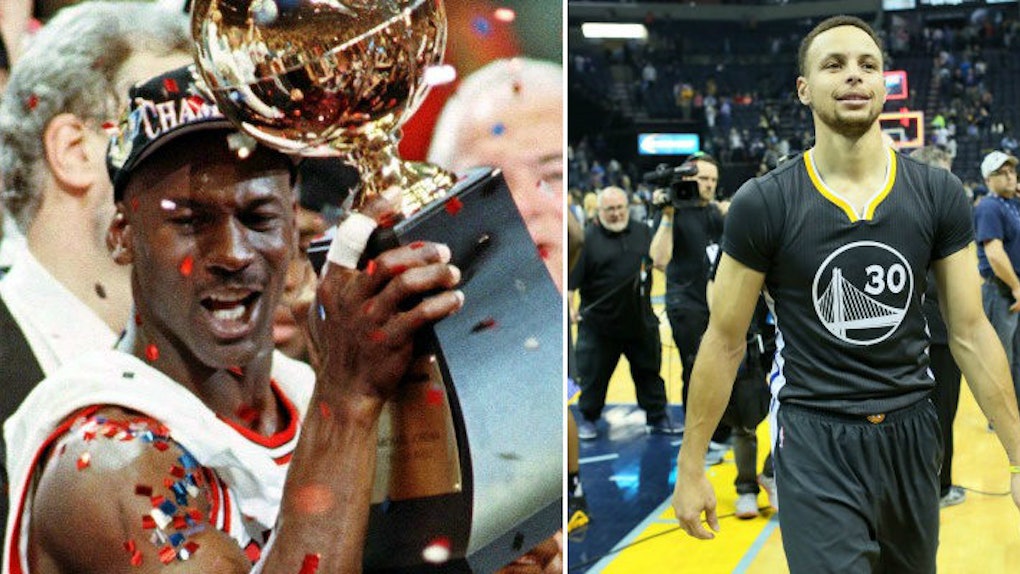 Wednesday night will go down as one of the greatest in NBA history. Kobe Bryant dropped 60 points in his final game with the Lakers, and Steph Curry and the Golden State Warriors broke the record for most wins in an NBA season.

But, despite having his team's record broken, Michael Jordan tweeted the sincerest congratulations to the 2015-16 Golden State Warriors.

I want to congratulate the Warriors on their amazing season. The game of basketball is always evolving and records are made to be broken.

Live in the present, folks. Nothing the Warriors or any other team will do in the future will diminish the greatness of Michael Jordan and his Chicago Bulls. It's refreshing to see that in sports.