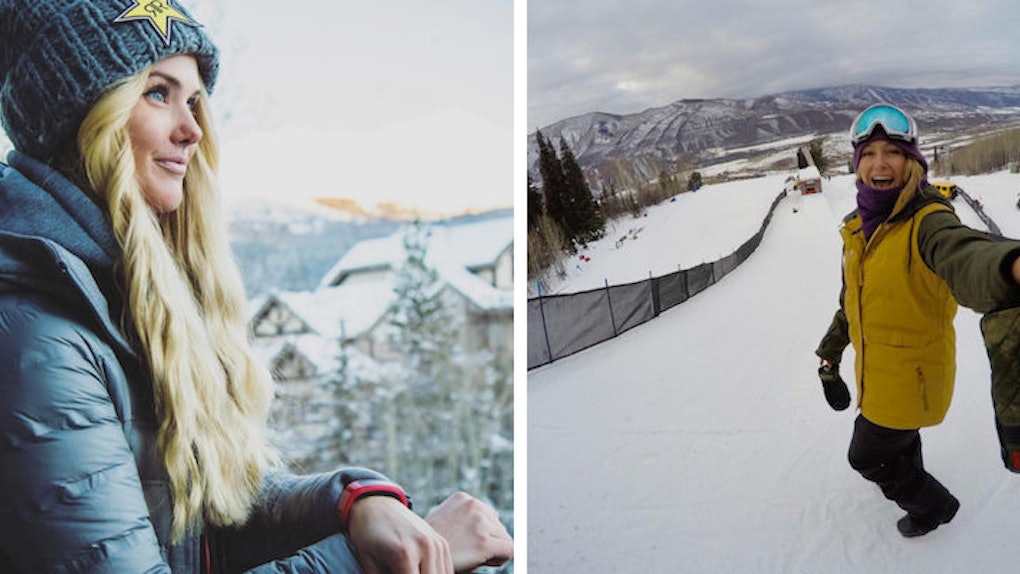 It's a known fact that X Games athletes are fearless, but underneath all those jackets and scarves they can be pretty damn fine, too.

Winter sports babes are a phenomenon not many casual sports fans might know about, and that's a shame, because they're really out here!

You have to respect a woman who puts it all on the line on the slopes one day and is getting a fly tan while catching some waves the next.

These women of the Winter X Games are as real as they come.

Silje is a 22-year-old snowboarding phenom by way of Norway.

With expectations higher than ever to see if she will repeat for the third straight year, Silje is experienced enough to know she's got this.

Raised as one of eight children in a big family, Jamie grew up in the mountains and has been snowboarding since the age of 9.

As a veteran of the Winter X Games, she's taken home the gold in Slopestyle four times in Aspen as well as in the Sochi Olympics back in 2014.

She's another favorite this year and will be competing heavily against Silje for that top spot in Slopestyle.

Hailing from New South Wales, Torah is a snowboarder who is a gold and silver Olympic medalist.  When she's not competing she's modeling, but she's been in the game since 2003, so she's earned her stripes.

Anna is newer to the scene but has already gotten some attention because of her stunning looks.

She's a Slopestyle snowboarder who competed in the 2014 Winter Olympics and is looking to make a name for herself in the circuit.

Andrea was a gold medalist at the Snowboarding World Championships in 2015 and debuted at the 2010 Winter Olympics.

She's looking to bring home the gold in Aspen later this month.

Eva was the 2014 Olympic Champion for Snowboard Cross at Sochi and took home silver at the 2015 Winter X Games.

She's going into the 2016 games looking to take home that gold and continue on her championship run.

Born and raised in Vermont, Hannah has been competing in the X Games since 2003 when she won the gold medal for SuperPipe in Aspen.

She even has her own Ben & Jerry's ice cream flavor, Hannah Teter's Maple Blondie, and spends her free time as ambassador for the Special Olympics. What a wholesome-ass woman!

Alexandra won the gold medal for Snowboard Cross at the Winter Universiade in Granada in 2015 and is one of the few athletes to represent Bulgaria at the X Games.

She was her country's flag-bearer for the 2010 Winter Olympics and was the first Bulgarian to win a medal at an X Games event when she took home the silver for Snowboard X in 2012.