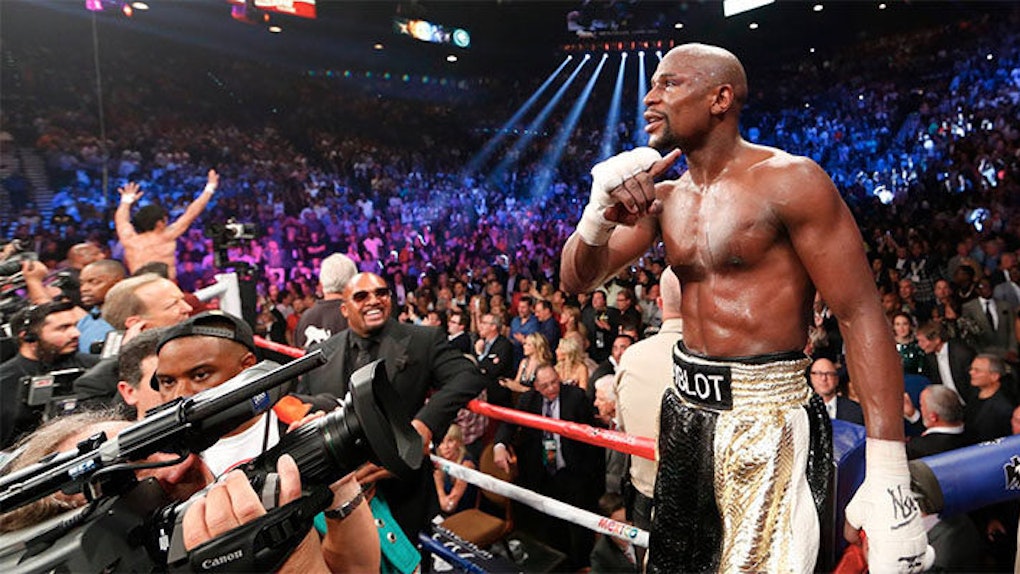 Not only did his "Fight of the Century" turn out to be an easy win against an opponent who competed with a torn rotator cuff, he got P-A-I-D to literally epic proportions.

Need perspective to digest just how rich he got in one night? Consider this.

As ESPN NBA writer Ethan Strauss pointed out today, Mayweather earned more money for his 36 minutes of action in the ring this past weekend than LeBron James has made during his whole NBA career.

Before the fight, Forbes estimated Mayweather would walk out of the MGM Grand Arena on Saturday $178 richer, based on estimates three million pay-per-view subscriptions would be sold and on the share of the profits that he was due to take home.

That estimate clearly surpasses James' NBA career earnings ($126 million paid to him by the Cleveland Cavaliers and Miami Heat over 11 seasons).

Now, however, reports indicate the final totals for the Mayweather-Pacquiao pay-per-view sales will "soar" over four million.

That would mean a pay day of over $200 million for Mayweather, which blows James' career numbers out of the water and crushes the previous record for an athlete's single-year earnings, which was set at $125 million by Tiger Woods in 2008.

What does this all mean? Well, at this point, Floyd's so rich he might as well change his middle name to Money.