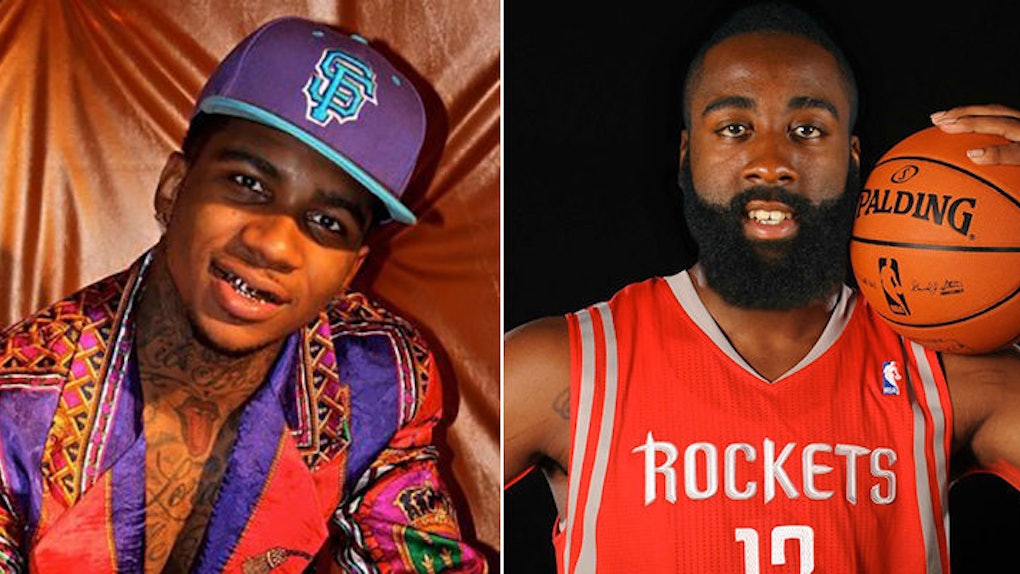 Few things are realer in sports than the Based God's Curse.

The OKC Thunder star just hasn't been the same since Oakland rapper Lil B (otherwise known as "Based God") put a hex on him.

Not for nothing, but Kevin Durant did this to himself.

KEVIN DURANT WILL NEVER WIN THE TITLE AFTER HE SAID "LIL B" IS A WACK RAPPER, "THE BASEDGODS CURSE" #THEBASEDGODSCURSE ON DURANT - Lil B — Lil B From The Pack (@LILBTHEBASEDGOD) May 26, 2011

Lil B even challenged KD to a game of one-on-one and dropped this diss track.

It's safe to say sh*t hasn't been so easy for Kevin Durant since being cursed.

He was injured for the entire season, the Thunder didn't make the playoffs and now he seems to be at a crossroad in his career.

Sure, he won MVP, but not at the expense of becoming a meme.

Since then, Lil B has lifted the curse from KD, but it looks like the damage has been done.

But as the NBA postseason goes along, it's time for Lil B to find a new victim. Someone who's disrespecting the Based God.

Considering Lil B is a Warriors fan, why not James Harden?

James harden today's win was fun for everyone Lil B cooking dance keep cooking and stealing swag shouts out the real mvp steph curry - Lil B — Lil B From The Pack (@LILBTHEBASEDGOD) May 26, 2015

James Harden has been doing the "cooking" dance a lot recently...

In an interview with Bay Area reporter Marcus Thompson, Lil B said,

I've seen a lot of people stealing from what I do. Some people show love and say thank you and tell me how I was an inspiration for them. So Harden's just getting the rough end.

A dance that originated from the Based God himself.

The real chef, that's Lil B. I got love for Chef Curry. Shout out to Stephen Curry. But it all started from the Lil B cooking dance.

James Harden never gave Lil B his credit and that's when things got ugly.

Go warriors @warriors and let James harden no he doing the Lil B cooking dance if he doing that flickin wrist or whipping he mark - Lil B — Lil B From The Pack (@LILBTHEBASEDGOD) May 21, 2015

I love Texas and I rep Texas but I don't fuck with any suckas that steal from Lil B and don't pay homage or be mean and steal - Lil B — Lil B From The Pack (@LILBTHEBASEDGOD) May 21, 2015

People that steal from Lil B will pay now or later all you have to do is pay respect to the original and the leader blind ones will - Lil B — Lil B From The Pack (@LILBTHEBASEDGOD) May 22, 2015

The curse is now national news on ESPN.

We wouldn't be talking if [the curse wasn't real]. It can't be fake. You see what happened to KD. He was doing great before messing with me.

Because Lil B will be in the building for Game 5.

Ready to lay down the law if he see's James Harden cooking.

It could all end tomorrow.

Citations: Lil B Opens Up on Based Gods Curse on James Harden (For The Win)