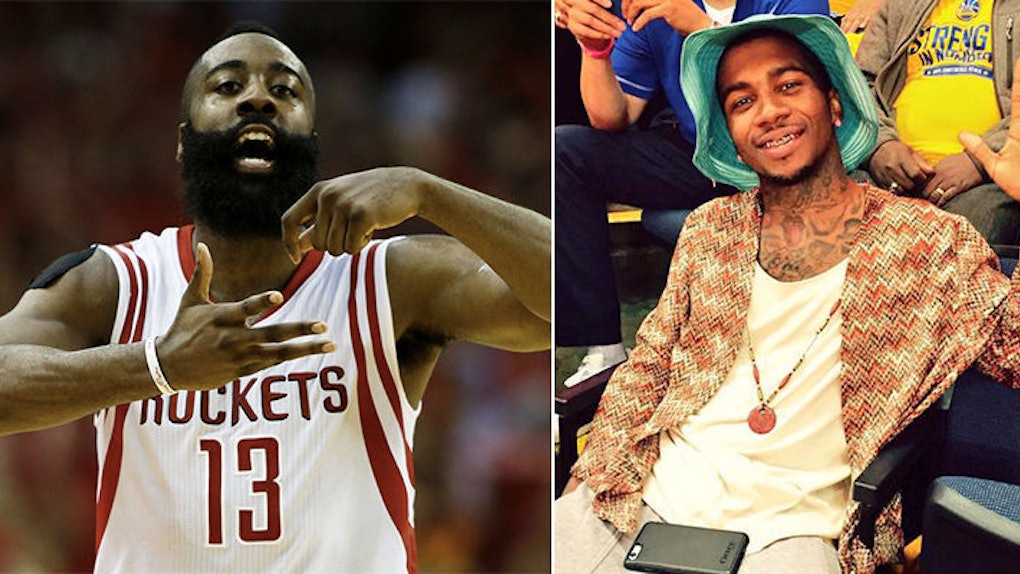 Lil B's Curse Is Real: He Shows Up At Game 5 And James Harden Chokes

Rockets fans everywhere are sick as hell this morning, but the rest of America saw this coming.

Aside from being down three games to one in a series against Steph Curry and the Warriors, rap phenomenon Lil B put his very real Based God curse on Houston's star player, James Harden.

Of course, that's all because James never credited him for stealing his dance.

I'm sorry James harden all you had to do was explain you were doing the Lil B cooking dance - Lil B — Lil B From The Pack (@LILBTHEBASEDGOD) May 28, 2015

James Harden played a terrible game, finishing with just 14 points and an astounding 13 turnovers, which is now a new NBA playoff record.

Lil B made sure to follow through with his word. He attended the game at Oracle Arena and showed Harden who really does this cooking sh*t.

The Based God curse is one of the realest hexes in all of basketball.

Kevin Durant learned the hard way, but all Lil B really wants is some more recognition.

Just look at Iman Shumpert and the Cavs. They know they don't want anything to do with the curse, and maybe this will give them an edge going into the NBA Finals against the Warriors.

Then again, Lil B is a Warriors fan and he's from the Bay. But may the team that pays the most respect win.